Gucci Launching Made to Measure, a Men’s Scent

New pillar boasts James Franco as the face and is intended as a partner to Gucci Première, the 2012 women’s eau de parfum fronted by Blake Lively. 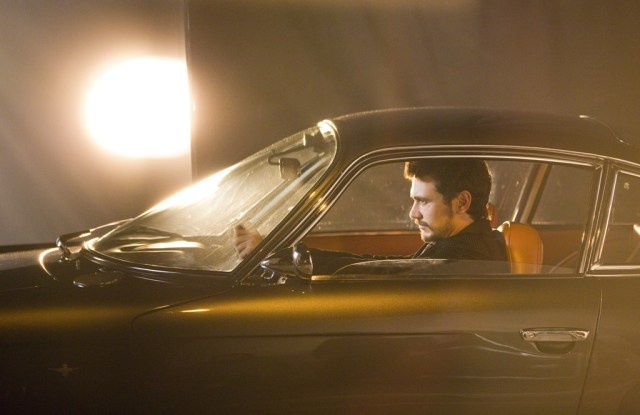 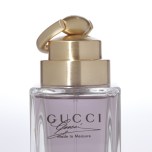 MILAN — Ratcheting up the glamour quotient for men’s fragrances, Gucci and its P&G Prestige licensee are launching Made to Measure, a new pillar with James Franco as the face. The spicy, Oriental eau de toilette is intended as a partner to Gucci Première, the 2012 women’s eau de parfum fronted by Blake Lively.

“It’s the main counterpart to Gucci Première, which has been a huge success for us — we’re very confident that with Made to Measure we’ll replicate that success,” said Luigi Feola, global vice president of P&G Prestige, which has had a license with Gucci since 2006.

Just as Gucci Première was inspired by the couture line of the same name, so is Made to Measure a reference to Gucci’s customized suit, shirt and shoe service, which made its debut in 2011 with none other than Franco modeling in a moody black-and-white campaign shot by French photographer Nathaniel Goldberg.

“[The fragrances] both reflect a refined individual taste and echo the aesthetic of the world of cinema — glamour, sophistication and excellence,” said Gucci creative director Frida Giannini. She added: “James has an innate ability to fuse classic with contemporary style and interpret formalwear in an individual way, personifying the spirit of our Made to Measure man our clients relate to.”

“I’m always excited to work with Gucci, and the relationship has grown a lot. We are great collaborators and are on the same page,” said Franco, who recently directed an adaptation of William Faulkner’s “As I Lay Dying” and appeared in “The End of the World” with Jonah Hill and Seth Rogen. “I come from the film world, and it’s a very collaborative place. The making of a film is dependent on craftspeople of different kinds, and when you start working at a certain level, you expect that others will be at the top of his or her game. And I think it’s the same in the fashion world — there are ideas or concepts, new styles that are developed.”

Made to Measure targets a more sophisticated customer, Feola added — the type of client who might well buy a Gucci suit, as well as the sort who aspires to do so someday. He noted that according to P&G research, Gucci’s concepts of “heritage” and “craftsmanship” resonate with customers who perceive “a strong connection with the Gucci brand and its male fragrance offering.” Feola also said Made to Measure is likely to drive category growth as consumers trade up to a higher price point.

“[Giannini] came to us with this vision of what she wanted for Made to Measure. She is quite demanding — she’s the force behind the fragrance,” Feola said, adding that Gucci has been one of the fastest growing brands in the beauty industry in the past five years, and is notably strong in Asia. Giannini, he said, was involved in all aspects of product development, including the bottle design and pearl gray and gold packaging.

“On [the bottle] we celebrate the most iconic Gucci motifs like the Guccio Gucci signature, the golden hand-brushed horsebit featured on the cap, as well as the diamanté pattern and the web stripe on the outer pack,” noted Giannini.

Top notes include Calabrian bergamot, Tunisian orange flower, French lavender and aniseed, while the heart is composed of Sri Lankan nutmeg, water lily, juniper berry, plum and cinnamon, over a base of Andalusian cistus labdanum, patchouli, leather and amber.

Feola would not discuss sales figures. Asked to gauge first-year sales for the fragrance, industry sources said it could bring in $180 million at retail in its first year on the market.

Harrods will have a quick global exclusive and will introduce the scent to customers in July, followed midmonth by Macy’s. In August and September, Made to Measure will hit shelves in all international markets excluding China, where it will arrive soon after.

Film director Nicolas Winding Refn, who worked with Gucci last year on the Première campaign in Los Angeles, chose the same location for the Made to Measure TV commercial: The camera’s eagle-eye view is directed at the nighttime glow of city lights, and a steady stream of cars across freeways are lit by red and green flashes. A debonair Franco is shown driving a vintage sports car and taking in the scene.