The 4,220-square-foot location at The Oberoi hotel in Gurgaon is the brand’s fifth in the country. 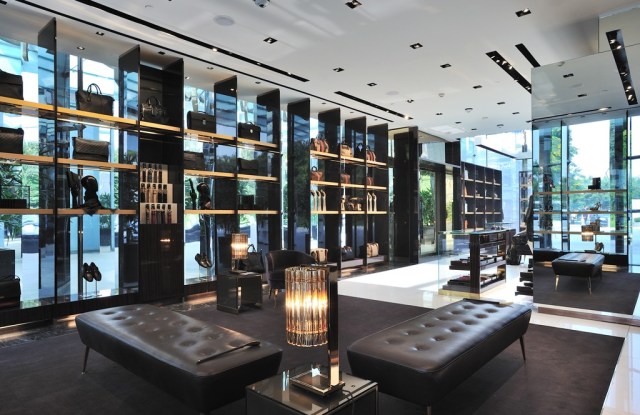 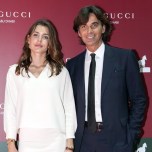 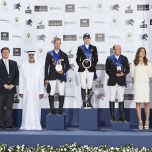 NEW DELHI — Gucci has opened its largest store in India at The Oberoi hotel in Gurgaon.

The 4,220-square-foot store on two floors is the brand’s fifth in India. Patrizio di Marco, Gucci’s president and chief executive officer, made his second visit to India in two years for the opening.

“In India there is a certain learning curve that every brand needs to embark on,” he said. “In the last couple of years we have seen a steady growth in business in our stores, which are fully meeting our expectations and giving us reason for great confidence in the long-term potential that India offers us.”

Part of the learning curve for the company has been the previous two associations in India, with the Murjani Group and later with a second joint venture. Now all five stores are run directly by the company, unlike many global brands that are in India with franchise agreements or joint ventures.

The Indian luxury market has been growing fast and is expected to see continued expansion — projected figures show a threefold increase from 2010 to 2015 to reach $14.72 billion by 2015, according to A.T. Kearney’s India Luxury Review 2011 report.

Still, India represents a number of challenges for luxury, one of the foremost being a lack of choice retail locations. Di Marco remarked that Gucci would continue to expand “selectively, when the right opportunities present themselves.”

Although most global brands are limited to the major metropolitan cities of New Delhi, Mumbai and Bangalore, di Marco said that Gucci’s growth would be “also in second-tier cities as part of our long-term strategy for this important market.”

Comparisons with China are inevitable. “In particular the retail environment [in India] has not seen the same rapid evolution as in China. There have certainly been some notable developments in the last few years, but there is still some way to go before consumers are able to experience the same level of luxury shopping environments as are available elsewhere,” he said.

Like many luxury brands in India, Gucci has had its retail outlets in five-star hotels and then in the luxury mall locations including The Oberoi, New Delhi, which is the smallest store at this time, at 1,345 square feet, and the DLF Emporio mall in New Delhi, which has one of the larger outlets, at 3,875 square feet.

While many luxury brands have been looking at India as a long-term investment, di Marco believes a globally successful company should play a supporting role in the market’s development. “This is why we decided to enter the Indian market directly in 2009. At a certain point, an important brand like Gucci, whose lifeblood is its retail network, has to take this responsibility, in order to ensure that the brand experience is delivered to the highest standard and thereby nurture and strengthen the relationship with its customers and other local stakeholders,” he said.

He explained that a dual focus was needed — to create a wider awareness of and appreciation for the brand, while at the same time offering exclusive locations for the most sophisticated and evolved clientele. “If we look at our stores in the country, you can appreciate how we are executing against this dual focus,” he said.

While many luxury brands are still trying to figure out what Indian consumers like, di Marco is very clear. “Indian luxury consumers share a passion for fine jewelry and high-end accessories with more mature markets. They also have a deep gifting culture, together with strong brand consciousness, and we are very aware of this unique cultural phenomenon,” he said.

His visit to India was followed up by an event in Abu Dhabi, where Gucci sponsored the Grand Prix in the final round of the 2012 Global Champions Tour.