"No Space Just a Place — Eterotopia" at the city's Daelim Museum will be accessible through a virtual tour.

Inside the "No Space, Just a Place" exhibition.

Gucci is offering a positive sign of a cultural restart with the unveiling of the exhibition “No Space Just a Place — Eterotopia,” at Seoul’s Daelim Museum. The exhibit is  slated to run until July 12.

As reported, the show was expected to run March 12 to June 15, but plans were delayed as the coronavirus pandemic spread globally.

Curated by Myriam Ben Salah, the exhibition stems from Gucci creative director Alessandro Michele’s musings on society and heterotopy, a combination of the Greek words “etero,” meaning different or other, and “topos,” meaning space. In this context, it posits the idea of an “other space” for thoughts, an alternative place where it’s possible to think about radical ideas, in contrast with dominant narratives. In line with Michele’s exploration of the relationship between genres and gender and self-expression, the exhibition reflects these alternative spaces, where a different, desirable future can be conceived.

To allow the project to be visible internationally, in light of the travel restrictions caused by the COVID-19 emergency, Gucci has developed a virtual immersive tour via the link nospacejustaplace.gucci.com/en.html#360tour.

“The acknowledgment of the moment of great uncertainty that humanity is currently experiencing now further encourages reflections on alternative modes of being and consuming in relation to one’s environment,” stated the Italian fashion group.

A selection of independent art spaces has been invited to exhibit at the Daelim Museum across its three floors. Audio Visual Pavilion, Boan1942, D/P, Hapjungjigu, OF, Post Territory Ujeongguk, Space Illi, Space One, Tastehouse and White Noise will each present a project conceived by their own teams in dialogue with the curator, including the work of one or several artists that the participants represent or support.

Examples include Hapjungjigu, which presents the work of painter Jun Hyerim who unpacks through her three-dimensional canvases the notion of Arcadia, with its interestingly ambivalent meaning in Korean — standing both for the “ideal land” and the “impossible to realize.” 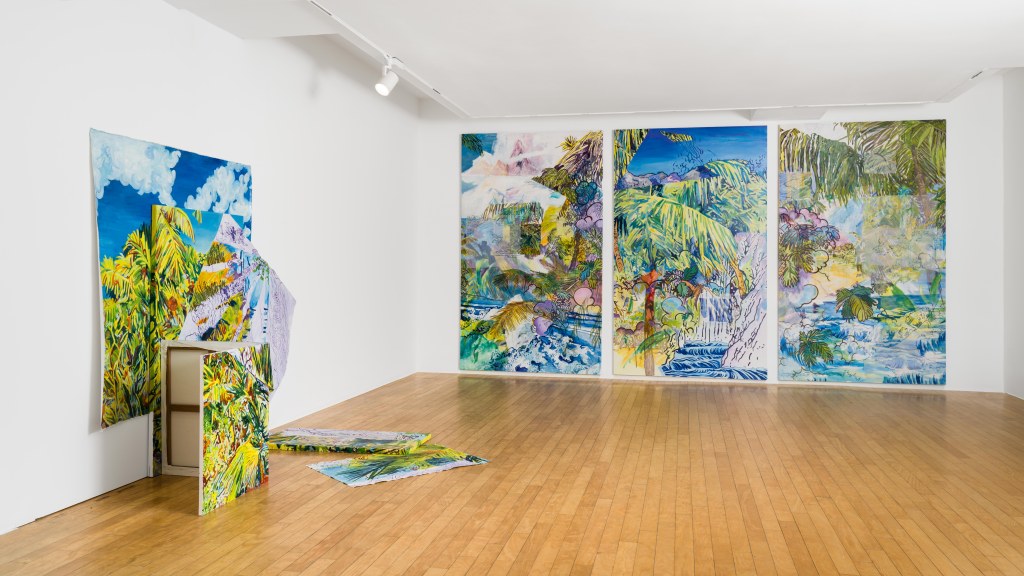 In Secret of Longevity, White Noise reflects on how to reinvent an artist’s identity through collaboration by forming constant temporary relationships. For example, artist collective Dans ta chambre and artist Joohye Moon collaborate on an installation based on the interaction between the inside and the outside of a screen, a space of reality and a space of virtuality. 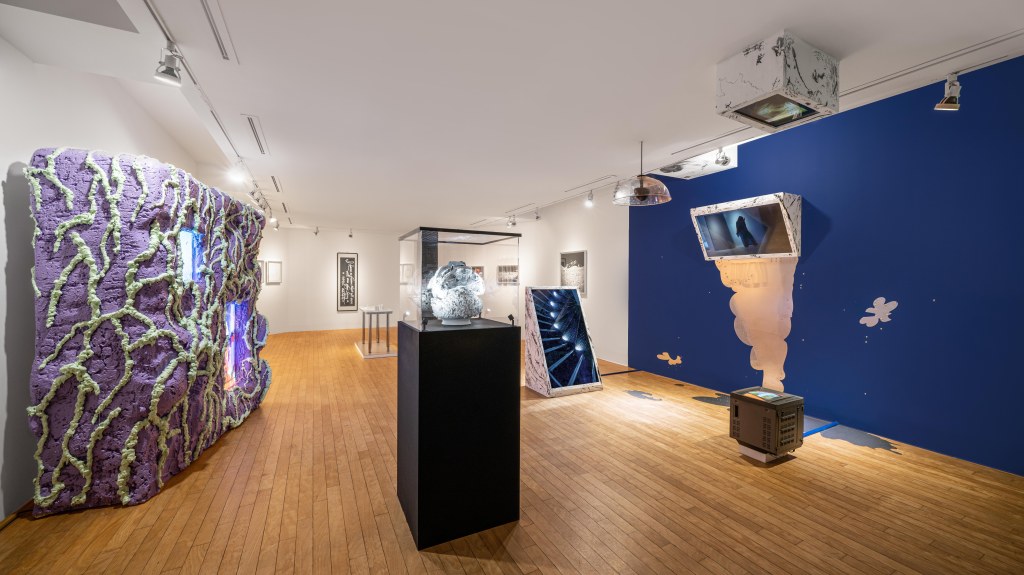 To fuel the debate, the curator asked a selection of local and international artists to exhibit their works, in the form of immersive installations inspired by the near future or by fantastic mythologies. Meriem Bennani, Olivia Erlanger, Cécile B. Evans, Kang Seung Lee and Martine Syms are presenting projects that playfully question the narrow perspectives of normative dominant discourses that fit with Gucci’s eclectic vision. Themes include displacement, biotechnology, queering and hybridization.

For example, Meriem Bennani presents “Party on the Caps” (2018-2019), “a video installation that follows the imaginary inhabitants of CAPS, an island in the middle of the Atlantic Ocean where refugees and immigrants ‘illegally’ traversing borders are interned. Bennani imagines new structures of displacement (physical and psychological) imposed on immigrants in the future, creating new communities that exist between geographic endpoints, states of citizenship, ages and genders,” according to the exhibition.