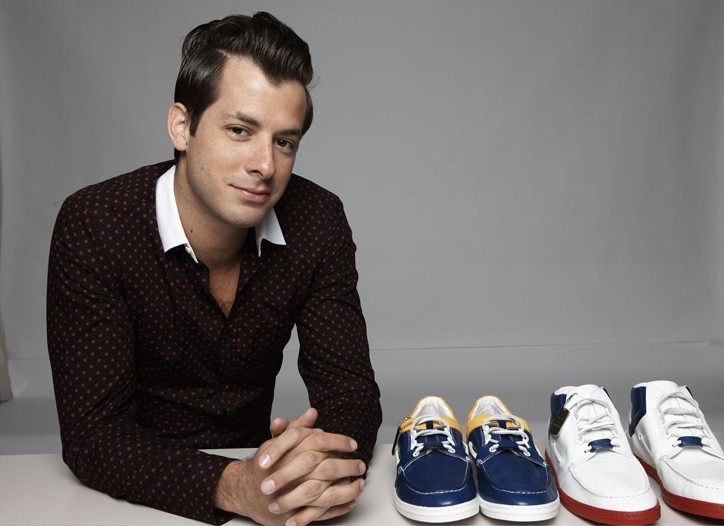 Like other luxury retailers in the recession, Gucci is looking for high-impact, lower-cost methods of generating interest in the brand, especially among style leaders who may not be moved by conventional forms of advertising.

Gucci Icon-Temporary is that method. The flash sneaker store will touch down in six or seven locations around the world where tastemakers gather, such as Art Basil Miami Beach, staying open for two or three weeks in each spot. The first stop on the tour will be Crosby Street in SoHo on Oct. 23. Other stops will include London, Berlin, Paris, Hong Kong and Tokyo.

Gucci Icon-Temporary units will feature 18 exclusive sneaker styles — 16 for men and two for women. Incorporating classic Gucci design elements such as the GG logo and a stylized version of the Gucci red-and-green web detail, each shoe has an embroidered “Limited Edition” label inside and a silver or gold metal dog tag hanging from the laces. Leather tags on shoe laces can be customized and embossed with a shopper’s initials.

In addition to the Limited Edition shoes, Frida Giannini, Gucci’s creative director, collaborated with DJ, music producer and sneaker enthusiast Mark Ronson on the design of Gucci Ronson sneakers. A new Gucci Ronson version will be introduced at every leg of the itinerant project. Icon-Temporary sneakers are priced from $500 to $1,400, and Gucci Ronson shoes, $500 to $600.

Gucci appears to be using Ronson to target an audience of style influencers. Ronson, who describes himself on his Web site as “one of the world’s finest DJs, favoured by the decadent fashion cognoscenti, the hip-hop elite and anyone in general that likes to party,” is no stranger to fashion; his sister Charlotte designs an eponymous collection as well as the I [Heart] Ronson line for J.C. Penney.

“I spent many, many years as an avid sneaker collector, so I wanted to make sure these Gucci shoes were truly special from an aesthetic and collectable point of view,” said Ronson, who produced a 12-inch vinyl record of limited edition tracks that will be given to customers who buy Gucci Ronson sneakers as a gift.

Patrizio di Marco, Gucci’s chief executive officer, had no concerns about the sneaker project diluting the brand’s luxury status. “This is a very controlled, brand-enhancing initiative that will appear for just two to three weeks in just six to seven cities,” he said. “Gucci’s DNA as a lifestyle brand has been defined over nearly 90 years. An initiative such as this one will simply serve to enhance the brand’s reputation as a fashion authority and innovator.”

And di Marco believes Gucci Icon-Temporary will attract a varied clientele. “In terms of age demographic, Gucci already has a uniquely broad customer base,” he said. “Gucci is not only an authentic brand, but also a versatile one. [You could] say that sneakers today appeal to a wide cross-section of customers. The combination of the beautiful sneakers that Frida has designed, Mark Ronson’s collaboration and the unique environment of the stores will simply serve to create added interest in Gucci over the next 15 months as the project tours the world’s most important fashion capitals.”

He declined to give sales projections for the stores.

The Gucci stores are the latest — and one of the most ambitious — examples of what is emerging as a major trend in fashion and luxury retailing: pop-up stores. Given the glut of empty space in major cities worldwide, not to mention reluctant consumers, brands from Target to Prada, Rachel Roy to Yves Saint Laurent are unveiling temporary stores as a way to generate excitement on the retail scene.

The Gucci Icon-Temporary stores will have glossy white walls accented with oversize signature red-and-green web stripes along the perimeters. On Crosby Street, black-painted columns will frame the all-glass facade emblazoned with a red GG logo that looks like it was spray painted graffiti-style on the surface. “There are certain destinations in each of the chosen cities that naturally attract the collectors and tastemakers,” di Marco said. “They tend to be away from the principal fashion retail destinations and therefore not near our flagship store locations.”

Similarly, Gucci will eschew mainstream marketing methods for Icon-Temporary. “By its nature, this is a project that will generate its own momentum through word of mouth,” di Marco said. “But we will also be harnessing the power of the Internet, especially blogs and social networks and using flyposting. We studied innovative, highly targeted tools based on the customers that we expect to attract.”