Held between Milan and Florence July 9-11, “The Dawn of Superintelligence" will highlight the potential for collaboration between man and machine.

MILAN — “How do you live in an age of bewilderment, when the old stories have collapsed, and no new story has yet emerged to replace them?” This is one of the questions historian and author Yuval Noah Harari asks in his 2018 book “21 Lessons for the 21st Century” and which sparks a conversation on how technology is shaping and changing our society. It is not surprising then that Harari is one of the speakers of the first European Innovation Festival, staged by media brand Fast Company and for the first time hosted by Gucci.

Held between Milan and Florence July 9-11, “The Dawn of Superintelligence” will highlight the potential for collaboration between man and machine. Technological advancement and artificial intelligence bring both opportunities and challenges by combining computer science and human sensibility, and the festival was hailed as key in helping to discuss a topic stirring more questions than providing answers, said Marco Bizzarri, president and chief executive officer of Gucci, in an interview with WWD.

“The topic is of the moment, the use of data, intelligent machines and how they can change the future. The effect that all this can have on jobs, what does it mean, will machines overcome us or will we manage them? How can we accelerate this process? How can we cushion social phenomenons? At Gucci, this curiosity to understand is endemic and the speakers are extraordinary, very heterogeneous and the event will bring a number of brilliant minds together,” said Bizzarri.

The Milan portion of the event will be held at the Gucci Hub, at the restored company headquarters in the former historic Caproni aeronautics factory built in 1915 on Via Mecenate here, near Linate’s international airport, and where the brand’s shows are held. “This was part of our goal, to create an open space” to stage events, said Bizzarri, underscoring the increased relevance of Milan, which he believes is “enjoying a renaissance.”  For a select portion of attendees, the European Innovation Festival will move to Florence on the last day and will include a tour of the Gucci ArtLab industrial complex inaugurated last year, and at Gucci 9, a center of innovation exploring the best ways to optimize the remote client experience. There will also be a private visit to the Gucci Garden exhibition space, followed by a special dinner at Gucci Osteria da Massimo Bottura.

The high profiles of the speakers and their comprehensive technological experience on a daily basis can only be a stimulus for “companies such as ours, which is already working with artificial intelligence, also with the help of [parent] Kering, on different processes ranging from the supply chain to forecasting. I am convinced this is a commodity, which gives us competitive advantage, allowing us to invest in and attract talents,” said Bizzarri, who said that AI is “becoming pervasive” in our lives. However, human creativity and talent remains paramount. “At Gucci, we have established a culture of innovation fostering experimentation and new technologies, but always in support of creativity and the human touch. I believe in creativity and [creative director] Alessandro Michele’s is superior to any technology. We must maintain talent’s priority. For our positioning, human intellect and creativity are dominant.”

Topics featured in the program will include: “What happens when technology hacks humanity;” “Identity in an avatar-friendly world;” “Machine learning and the emerging world,” and “How technology can change and enhance the meaning of community.” 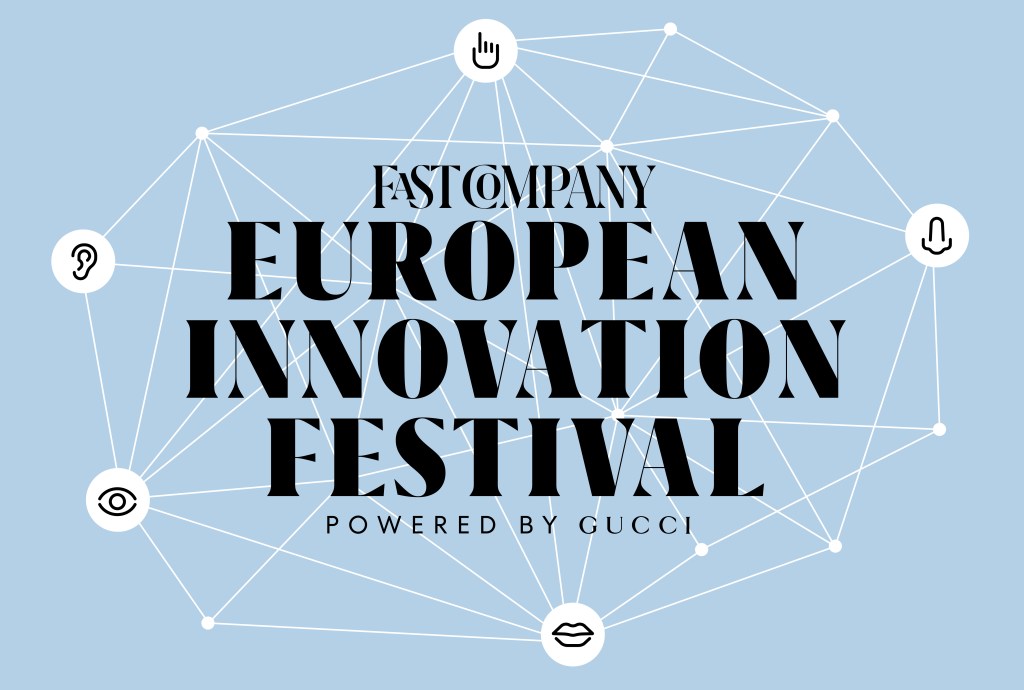 The poster for the festival.  courtesy image

“Superintelligence,” said Bizzarri, leads to questions about how to manage artificial intelligence so that it will not overpower human intelligence. Jobs may have been lost with technology but at the same time new ones have been created. Compared to the industrial revolution, for example, “everything is faster today, this is a major difference,” underscored the executive. “There are social issues, how do we solve them? How do we train workers? This is very important, because [technology] was spotty before but now it’s blanketing and there are many uncertainties,” he admitted. “Nobody has a crystal ball and there are many questions that still don’t have answers. Technology can help and at times it can create problems, it has an impact on society and there are risks so we need additional information,” mused Bizzarri.

Asked if he was technological, Bizzarri said he had “many gadgets,” and that he was “compulsively attracted by the latest technologies,” and by domotics or music devices. “My portable phone is the extension of my hand. I have always been very curious about technology.”

Stephanie Mehta, editor in chief of Fast Company, said Gucci executives had attended a section of the Innovation Festival in New York, which helped forge a link, sharing an interest in the power of innovation and technology and in the relationship between man and machine. “This Festival is not only about the future of work, but it goes much deeper. What happens with communities, sense of identity, art,” explained Mehta. “We look at these issues holistically and not only in a practical way. The man and machine relationship is interesting for humanity.” The Festival in Milan is by invitation only and is expected to attract 400 attendees. The Florence leg of the event is seen as offering a different part of the Gucci experience, “more of a field trip, an interactive and tactile experience.” (The fifth Innovation Festival in New York will be held Nov. 4-8). Gucci, said Mehta is considered “both digitally savvy and creatively innovative,” which will help facilitate the discussion.

The Milan portion of the festival will also feature a one-of-a-kind interactive exhibition, Sensorium, curated by H-Farm, an incubator that invests and cultivates start-ups and develops innovative approaches to digital education for students and companies. Sensorium is a self-guided experience, deploying a number of advanced technologies that will allow festival attendees to engage with six “supersenses.” The session will feature solutions such as Arctop, a software platform that applies specialized artificial intelligence to electrical measurements of brain activity in order to infer people’s feelings, reactions and intent, or WeArt, a robotics lab that develops wearable and portable devices designed for the digitalization of the sense of touch, able to record and play back forces, vibrations and temperature changes, among others.

Asked if Gucci’s support to the festival will be reprised next year, Bizzarri said this has not been discussed yet.

Technology is increasingly top of mind in the luxury arena.

For example, last November, Prada explored the relationship between sustainability and digital innovation during its second “Shaping a Future” event held in Milan in a partnership with The Schools of Management of Politecnico di Milano and the Yale Center for Customer Insights. Digital platforms offer countless opportunities but there are risks that need to be taken into consideration as regulations on several fronts are few and far between, contended Prada chairman Carlo Mazzi at the time. The role of artificial intelligence and technology and their impact on society and employment were key themes.

In May, Prada revealed it had strengthened its collaboration with Adobe to allow the deployment of advanced customer experience management solutions on a global scale, with a dedicated internal team of data scientists at Prada using Adobe Sensei, Adobe’s artificial intelligence. This followed Prada’s collaboration with Oracle to support efficiency across the group’s retail processes.

Brunello Cucinelli has long praised the potential of the digital world and of technology, while keeping a healthy distance from it at the same time, talking about “humanizing the web.” The entrepreneur has befriended Amazon’s Jeff Bezos and Salesforce’s Marc Benioff, and has met with Silicon Valley entrepreneurs, encouraging them to also be “guardians” for a better world. Cucinelli in May invited Bezos, as well as the likes of Dick Costolo, entrepreneur, former ceo of Twitter and Reid Hoffman, cofounder and executive president of LinkedIn to the company’s headquarters in Italy’s Solomeo, the medieval village he restored. The group met for a three-day “Symposium on Soul and Economics,” to discuss humanity, said Cucinelli at the time, adding that Bezos issued an invitation to his ranch next year for a similar experience.