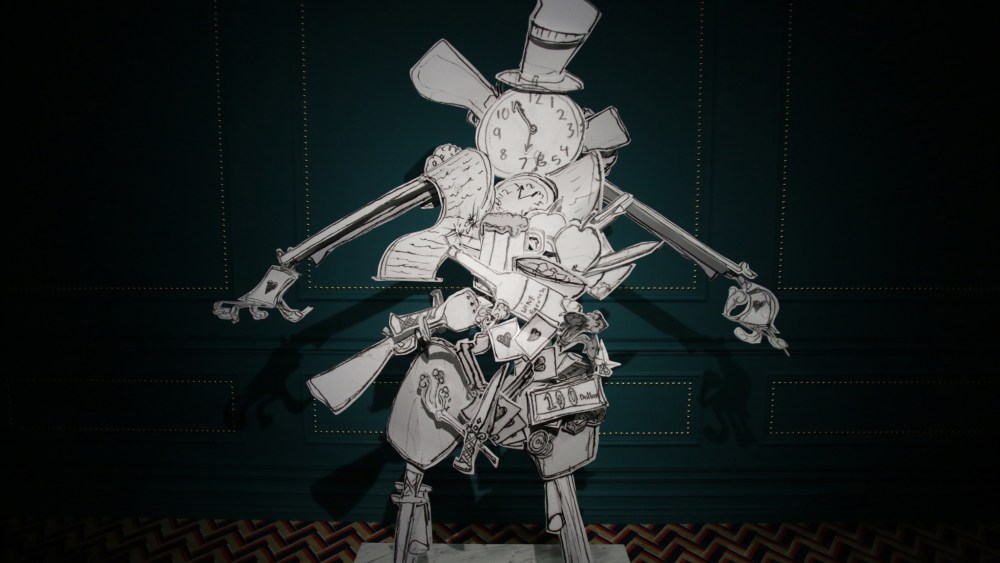 SHANGHAI — Creative director Alessandro Michele, along with a phalanx of local celebrities and fashion followers, celebrated the opening of the Gucci-backed art exhibit “No Longer/Not Yet” on Friday evening.

The exhibition was the joint brainchild of Michele and co-curator Katie Grand, the founder and editor in chief of Love magazine. The two started throwing around ideas for a group art show examining the idea of what contemporary means in terms of time, place and product of past and future after Michele’s first women’s wear show as Gucci’s creative director.

“I really believe the only thing we have is [the] now, this is true in fashion, but it’s also true in life,” Michele said of his inspiration for the exhibition’s theme, prior to the opening. “In fashion, people are very focused on the future…but I really love to talk about the present. The future is not so interesting for me because the future doesn’t exist. I am really focused on the contemporary.”

The result is a carefully curated, almost fairytale world, presented in Shanghai’s Minsheng Art Museum. Divided into eight rooms, each features the work of a different artist.

Though the art at times relates back to Gucci’s identity as a fashion and luxury house, as with images (including previously unseen outtakes) of photographer Glen Luchford’s campaign for the Italian brand’s fall 2015 collection, the archival history or traditional DNA of Gucci isn’t at the center of the proceedings. This is a stark departure from the recent raft of fashion shows sponsored by luxury houses and presented in Mainland China in recent years.

Particularly popular with visitors were works from Instagram art star Unskilled Worker and Chinese artist Cao Fei, the latter an installation featuring a Roomba vacuum and a chicken, representing the encroachment of man on the natural world in today’s China.

As for why “No Longer/Not Yet” is making its debut in Shanghai, Michele pointed to his continuing fascination with Asia in general and the pace of development of China in particular, which he found to be transformed from his last visit to Shanghai three years ago.

“Why not? It’s a very powerful place, it’s full of energy. If you go out in the street, it’s crazy,” Michele said, adding that he felt Shanghai and China have now developed to the point that a conceptual event, such as this exhibition, fits the dialogue Chinese people are having with the world at large and the fashion world in particular at the moment.

“It’s a big market, everybody knows it’s a big market. But I was not thinking about the marketplace. Now Chinese people are really ready to talk the fashion language,” he said.