Hania New York: A Growing Hand-Knit Business in the City

Today, Hania New York has 100 women in all five Manhattan boroughs knitting for the company.

A fall cashmere sweater and hat from Hania New York.

Anya Cole, who was born in Poland and studied classical ballet, performing with the Metropolitan Opera in Poland, learned to knit as a young girl. “If you want it, you have to learn to make it,” was what her mother would tell her.

After leaving Poland, Cole escaped to Germany and immigrated to the U.S. 29 years ago not speaking a word of English. She got a job in merchandising at Regatta Sport. After taking some time off to raise her daughter, she launched her own business, Hania New York in 2012. Hania New York sells retailers such as Bergdorf Goodman, Gorsuch and specialty boutiques throughout the country.

“Knitters find me,” said Cole, noting it’s often through word of mouth. Today, she has 100 women knitting for her. They are freelancers and get paid by the piece. 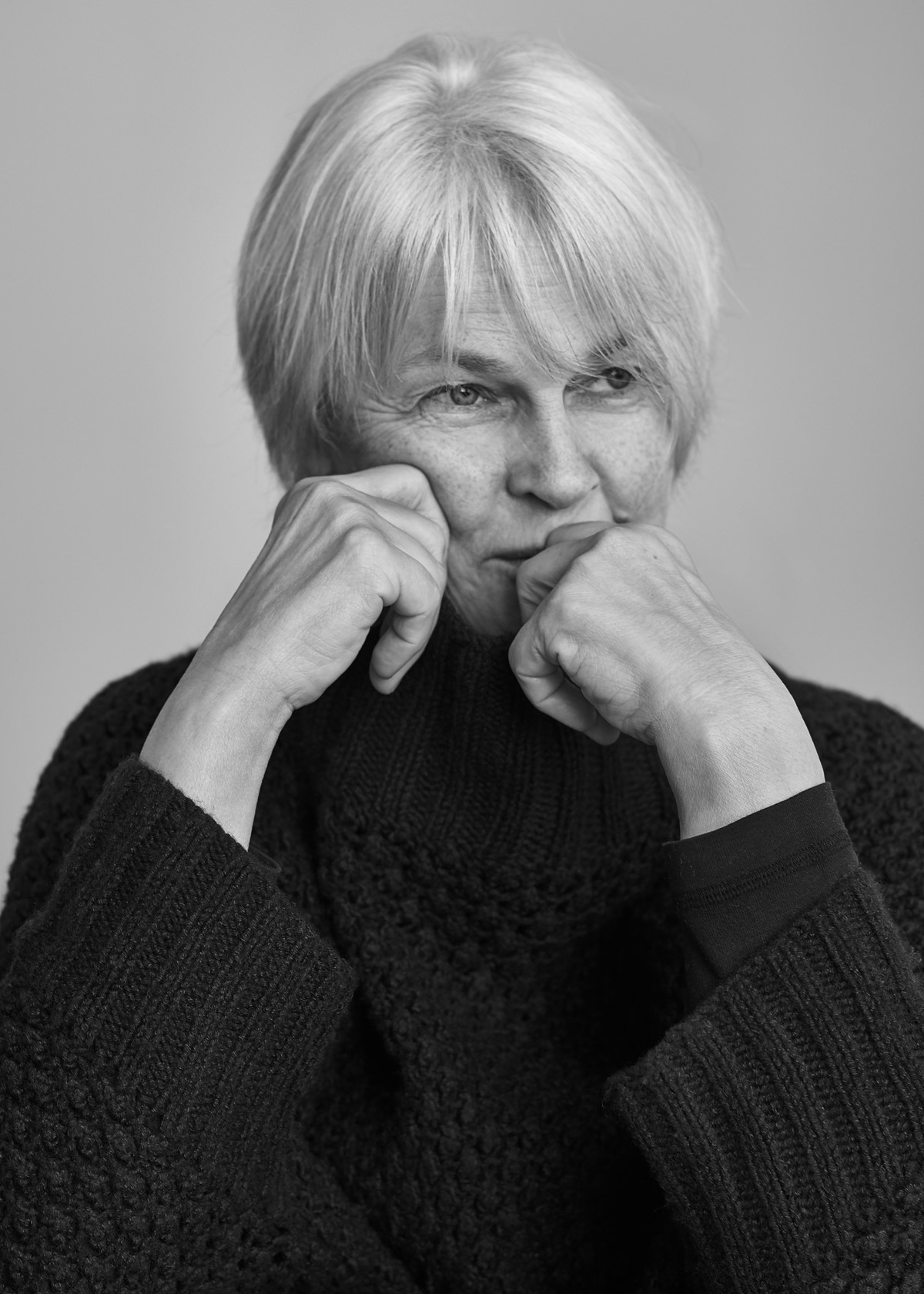 Cole’s aesthetic is based on a dancer’s needs, with lots of layers.

“I always wear big sweaters and always layer them,” she said. Everything she makes is made to order. The knitters will come into New York and pick up the yarn, and will drop off the finished garment, where it is individually washed and dried on the premises. Cole said she doesn’t like to put pressure on the knitters and will ask if they’re able to handle a specific order in time. Usually it takes a week to knit a big sweater. “If they finish faster, they can get another one,” she said.

Last September, Cole started an e-commerce site, Hanianewyork.com, where a $7,000 coat has been the bestseller. Generally, full-length coats will take four weeks to produce. Most of the business is also done through word of mouth since the company hasn’t done any advertising. It does have active Instagram and Facebook accounts.

People have asked Cole why she doesn’t move her production to a country like Peru. “I want to stay consistent, I want to be in control and keep the same quality. My goal is to support the community and these immigrants,” said Cole, who employs women from countries such as Albania, Kosovo, Montenegro and Spain. “They can do it from home, and do it in their own time. I don’t put pressure on them because it’s not realistic.”

Generally they can ship within 10 to 14 days.

Last year, Hania produced 1,400 pieces, including hats, scarves and neck warmers, a figure that is pretty consistent with the year before. This year, the number is expected to go up based on more brand recognition.

Hania New York’s collections include cardigans, vests, coats, jackets and accessories, such as neck warmers, scarves, hats and gloves. Cole works in cashmere/silk, cashmere/cotton and 100 percent cashmere. For spring 2020, prices range from $995 to $5,000, with the average piece being between $2,000 and $3,500.

The knitter generally makes between 50 percent and 60 percent of the total wholesale cost of producing the piece. 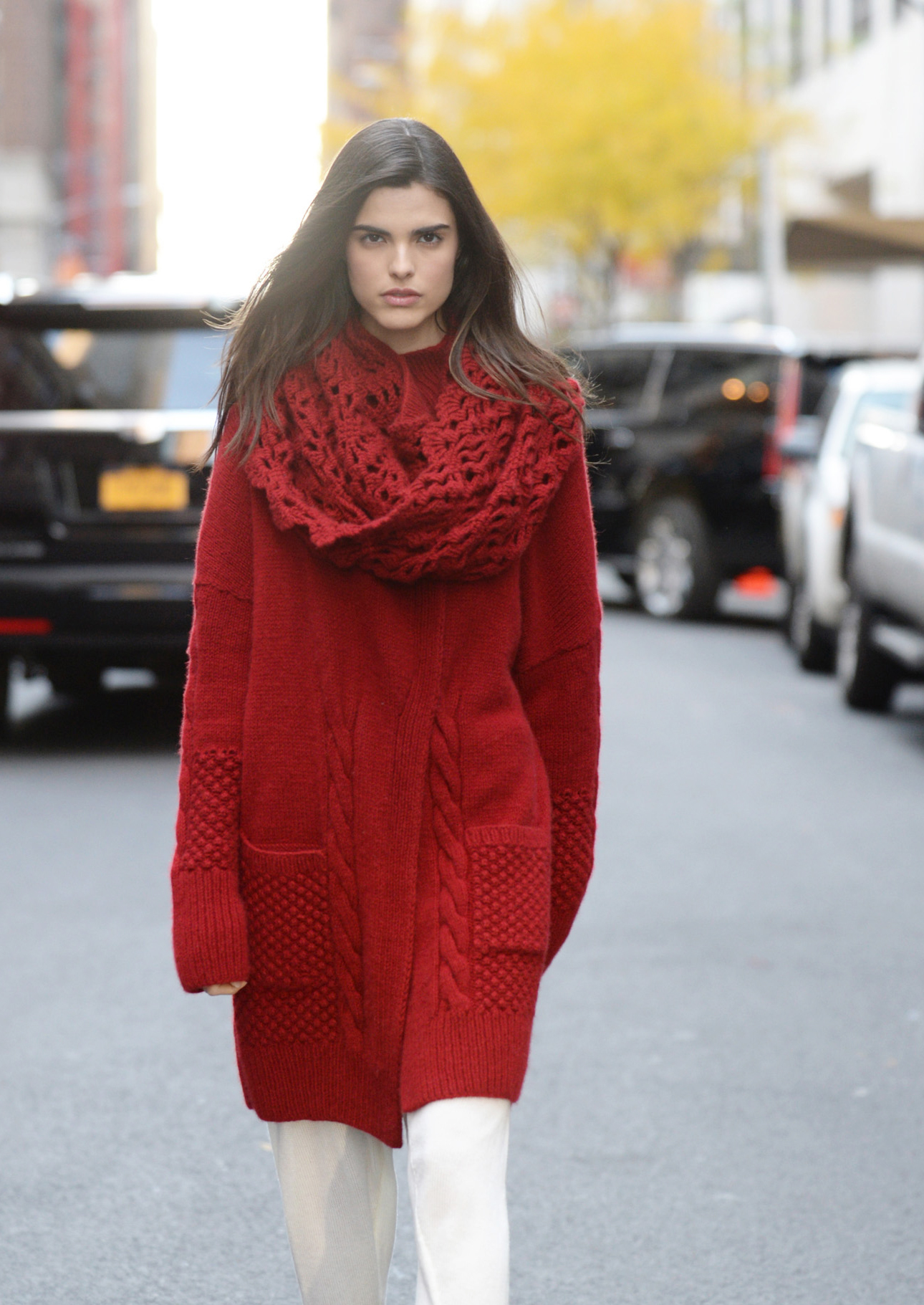 Cole recalled she once had a woman come in who wanted to learn how to knit. Today, she knits all Hania’s production for Bergdorf’s, which carries the hats, scarves and fingerless gloves.

Hania offers a spring and fall collection, each containing about 80 pieces. The knitwear has a lifetime repair guarantee, where the customer can send the knitwear — with a snag or moth hole — back to the studio and have it repaired free of charge. The company also has a Repurpose program, so if a customer no longer wants it, they can send it back, and Cole will unravel it and re-knit it for hats for local children’s and cancer charities. The customer receives a 15 percent discount on the next purchase. “None of these sweaters should end up in a landfill.  We can re-knit and pass them on to charities,” Cole said.

The company also does custom orders, so people can call and come up to the showroom at 16 West 56th Street. Frequently, when someone likes a sweater, they are able to get another one done by the same knitter if they request it.

“There’s a real resurgence in people knitting and appreciating that someone made it,” said Julie Conroy, who heads branding and sustainability. “It’s about keeping the craft alive in the U.S.” Hania’s commitment to producing locally has earned the brand a “Made in New York” Mark of Distinction. The company became a signatory of the Copenhagen Fashion Summit’s commitment to sustainability in early 2018.

The brand has worked on a variety of projects ranging from short films to photo shoots with world-renowned ballet dancers such as the former American Ballet Theatre principal dancers Lisa Reinhart and Julie Kent, current artistic director of the Washington Ballet.