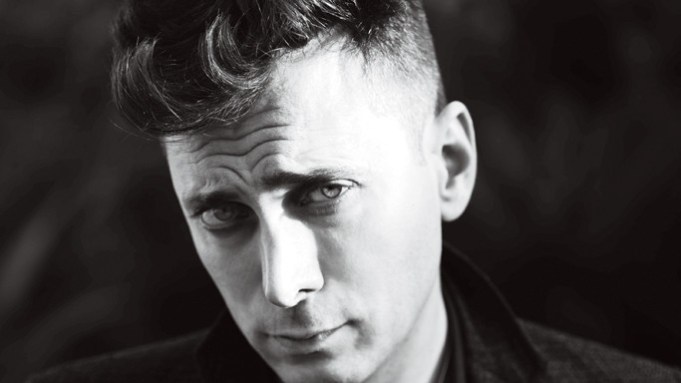 LONDON —­ Speculation is mounting that Hedi Slimane may be poised to make his second exit from Yves Saint Laurent.

According to sources, the designer has so far failed to reach an agreement on the renewal of his initial contract with the Kering-owned fashion house and is preparing to part ways with a brand he revved up with his rock ‘n’ roll-inspired fashions and a top-to-bottom reform of the storied house.

What’s more, Saint Laurent is said to have identified a frontrunner to succeed Slimane and has held extensive talks with Anthony Vaccarello, a Belgian designer partial to the racy, fast-paced side of fashion, having been recruited by Donatella Versace for her reboot of the Versus brand. He was named its creative director last September.

SLIDESHOW: A Look at Anthony Vaccarello’s Past Collections >>

The possibility of a Slimane exit and designer change adds an extra dash of intrigue to the fall 2016 fashion show season.

Late on Tuesday via Twitter, YSL announced that Slimane would show his men’s collection, and the first part of his women’s range, on Feb. 10 in Los Angeles as part of a “Saint Laurent at the Palladium” event. The men’s show had been scheduled for Jan. 24 at the tail end of men’s fashion week in Paris, and is typically a megaproduction akin to a rock concert, complete with a front row packed with musicians and Slimane groupies.

Saint Laurent recently cancelled its usual venue, the Carreau du Temple, which Slimane had secured for a multiseason exclusive after the Marais location underwent an extensive renovation.

In a release, Saint Laurent described the event as a tribute to the music scene in L.A., Slimane’s home since 2008. It also coincides with 10 years of the designer’s photo blog, “Hedi Slimane’s Diary,” which has frequently documented the California scene.

“Part 2” of the Saint Laurent women’s collection is to be presented in Paris on March 7.

Should it come to pass, a Slimane exit would deliver another shock to the French fashion scene, wracked late last year by the exit of Raf Simons from Dior and the ousting of Alber Elbaz from Lanvin. Successors for those two houses have yet to be named.

Those dramatic changes seem to signal a seismic shift in the fashion industry, as star designers buckle under the pressures ­and/or restrictions of an accelerating and high-stakes industry.

Slimane, who ushered in more than a decade of skinny tailoring with his overhaul of Dior Homme, exited that brand in 2007 and pursued a photography and art career before returning to the fashion fold in 2012 at the creative helm of YSL, which he rechristened Saint Laurent to return to the initial impulses in the Sixties that drove the late, legendary couturier to introduce ready-to-wear.

From his home base in Los Angeles, Slimane overhauled the house with a new collection architecture and graphic identity; a widely copied store concept involving acres of veiny marble and gleaming shelves; and influential, mostly black-and-white campaigns lensed by the designer himself featuring a cast of music personalities and edgy models.

While he received some barbs from critics for repetitive collections inspired by grunge and other music subcultures, Saint Laurent under Slimane charted rapid growth, outpacing most other designer brands as the luxury sector entered a period of more moderate expansion.

In the third quarter, revenues at Saint Laurent vaulted by 26.6 percent on a comparable basis to 243.4 million euros, or $270.8 million. Retail sales were up 32 percent in the quarter, with even Mainland China recording a sharp increase, a testament to ongoing customer demand for the brand’s $5,000 biker jackets and $2,000 leather satchels.

By contrast, organic sales at Gucci, which accounts for more than a third of total revenues at Kering, fell 0.4 percent during the three-month period while revenues at Bottega Veneta were up 4.3 percent on a comparable basis.

Saint Laurent revealed in March 2012 that Slimane would rejoin the house as its creative director, a dozen years after he exited YSL Rive Gauche Pour Homme to heat up Dior Homme. At that time, Elbaz helmed YSL Rive Gauche for women in the wake of the founder’s retirement from rtw.

Slimane was granted total creative responsibility for the brand image and all its collections, succeeding Stefano Pilati after a fruitful, if turbulent, eight-year tenure for the Italian designer, who would go on to join Ermenegildo Zegna.

“As one of the most important French fashion houses, Yves Saint Laurent today possesses formidable potential, which I am confident will be successfully harnessed and revealed through the vision of Hedi Slimane,” François-Henri Pinault, chairman and chief executive officer of YSL parent Kering, stated at the time of the appointment.

Slimane’s return to the fashion spotlight — and foray into women’s wear — generated much excitement in the French capital, especially as Raf Simons, another men’s wear power player and proponent of minimalism, was shortly after named the couturier at Dior, succeeding John Galliano.

An art history graduate from the Ecole du Louvre, Slimane emerged from fashion’s shadows during his first stint at YSL. Hired as an assistant in fashion marketing at YSL in 1997 and then quickly promoted to designer, Slimane successfully revved up the label’s Rive Gauche Homme collection with sleek, androgynous tailoring: leather trenchcoats, pinch-waist suits and plunging shirts. He was a pioneer in inviting contemporary artists like Ugo Rondinone to put works in YSL stores, positing his clothes in a broader cultural context.

Slimane resigned from YSL in 2000 to pursue exclusive negotiations with its parent, then known as Gucci Group, for the launch of his own label. He ended up signing on with luxury rival Dior, embarking on an ambitious project that electrified men’s wear with his glitzy fashion shows and minimalist boutiques.

Slimane has been floated as a possible successor to Simons at Dior, although sources close to the house describe such an appointment as unlikely, given his penchant for demanding a wide creative birth. At present, Dior has Kris Van Assche designing men’s wear, Victoire de Castellane in charge of high jewelry, Peter Marino masterminding the store architecture — and a host of famous ambassadors, including Jennifer Lawrence and Marion Cotillard.

Slimane is said to covet control over YSL’s beauty business, but he does not hold any sway with the operation, controlled by L’Oréal, which acquired the business in 2008. As a result, he has distanced himself from its products and marketing messages.

He subsequently went on to work at Fendi and in 2009 launched his namesake collection in Paris, where he continues to show. Two years later, he scooped the ANDAM fashion award.

Impressed by his provocatively sexy and audacious styles, Donatella Versace in 2013 tapped him as a guest designer for her revamped Versus brand. Last September, she named him the creative director of Versus, putting him in charge of the men’s and women’s collections under her supervision. His first full collection was for fall 2015 retailing. Like Slimane, he has a penchant for severe, razor-sharp designs that look best on a thin figure.