The acclaimed New York-based Austrian is among a dozen prominent art world figures whose designs are to be realized by Henzel Studio. 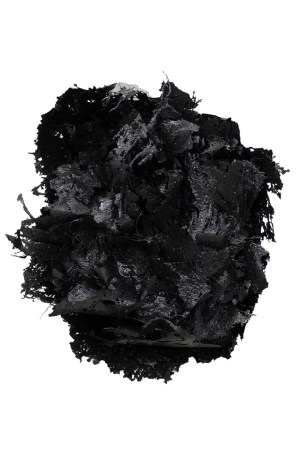 Helmut Lang, who bowed out of fashion in 2005 and began a career making art, is tiptoeing back into textiles — rugs, to be precise.

All were given carte blanche to create works one can walk on. Designs range from abstract — as in Lang’s pot scrubberlike orb — to photo-realistic, like Prince’s collages of numbered snapshots.

The project is the brainchild of Joakim Andreasson, who worked on Lang’s post-fashion art projects before setting up the Los Angeles-based creative firm cultureEDIT.

Andreasson noted each art rug takes about five months to hand weave in Tibet. The debut collection is to be officially launched at Barneys New York during the Frieze Art Fair, scheduled for May 9 to 12, in Randall’s Island Park in Manhattan.

Calle Henzel, Henzel’s founder and creative director, said art rugs are currently having a moment — the subject of a major exhibition at the Musée d’Art Moderne in Paris.

“Some of the most prominent artists including Pablo Picasso, Francis Bacon and Louise Bourgeois have at some point in their careers turned their hand to rug design,” he said. “Given that it is applied art as opposed to fine art, there is the possibility to treat the rugs as art hung onto the wall or merely for their intended purpose.”

Henzel prices art rugs by the square foot and makes them to order. An average-sized one retails from about $15,000 to $20,000, according to Andreasson.