Known for his modern women's suits, Kasper designed clothes that were well constructed, used good fabrics and were commercially successful.

Herbert Kasper, the American designer known as Kasper who designed classic dresses and sportswear for women, died Sunday after a long illness. He was 93.

Born Dec. 12, 1926, in New York City, Kasper studied English and advertising at New York University and left to serve in the U.S. Army. After World War II, he enrolled at the Parsons School of Design, and then went to Paris to study at L’Ecole de la Chambre Syndicale de la Couture Parisienne and develop his design skills. While in Paris, he held posts at Jacques Fath, Christian Dior and Marcel Rochas.

When he returned to the U.S., Kasper worked for Mr. Fred, a milliner, and as a dress designer for Penart Fashions. He sold his designs to Lord & Taylor. His original works were known as Kasper of Penart. He also designed for Arnold & Fox. In the Sixties, he started making clothing under his own label, Kasper Originals, and later designed petite dresses for Maison Petite.

Kasper won the Coty American Fashion Critics award three times and was inducted into the Coty Hall of Fame. His clothes, which looked expensive, were known for being modern, well-constructed and commercially successful. Kasper served as president of the Council of Fashion Designers of America from 1977 to 1979. 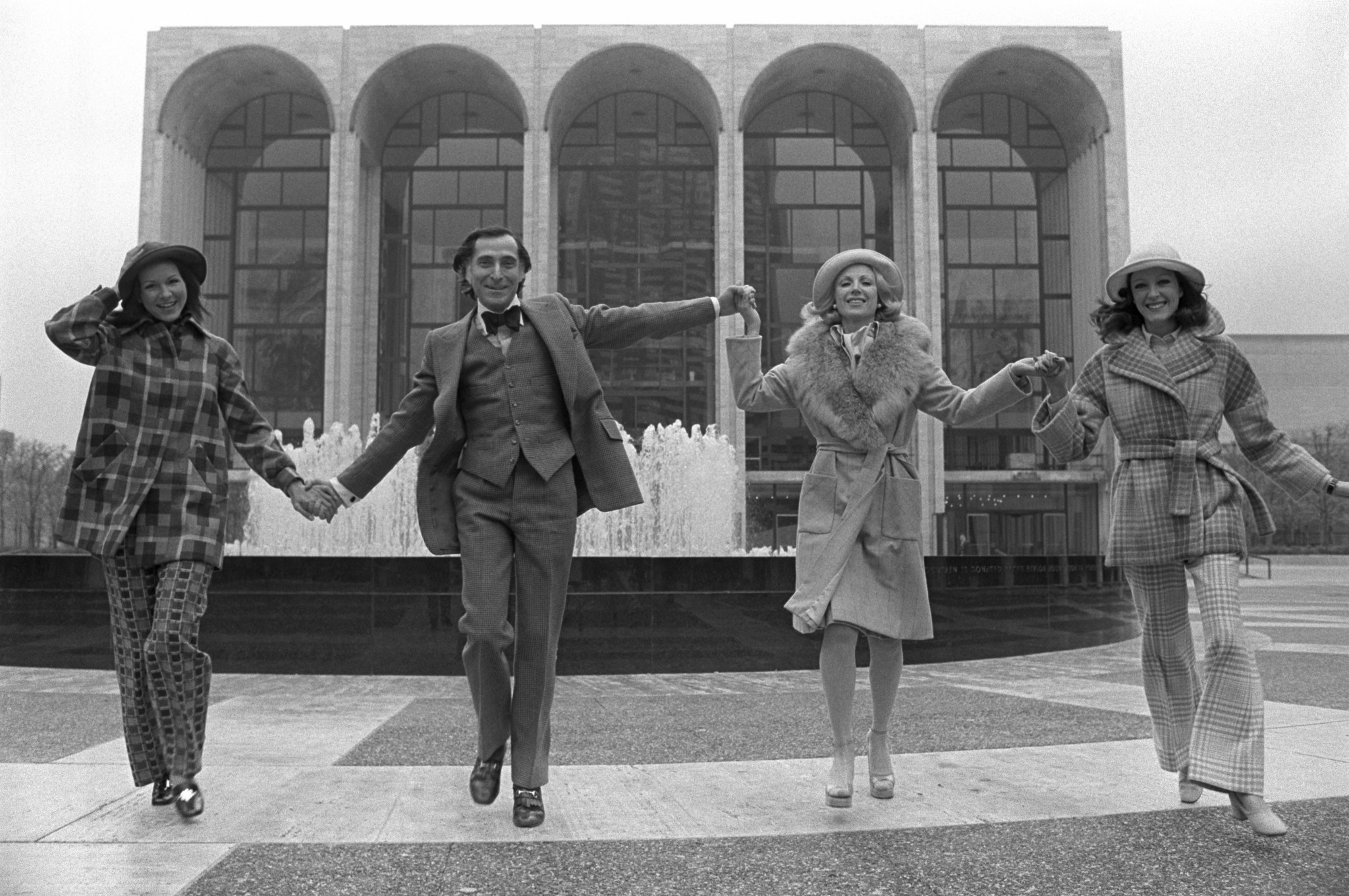 In 1963, Kasper designed for Joan Leslie, the better price dress division of Leslie Fay Inc., and when she died, he became head designer for the company and eventually vice president of Leslie Fay. He spent most of his career there. He was a designer for J.L. Sport and served as designer for Kasper for ASL. 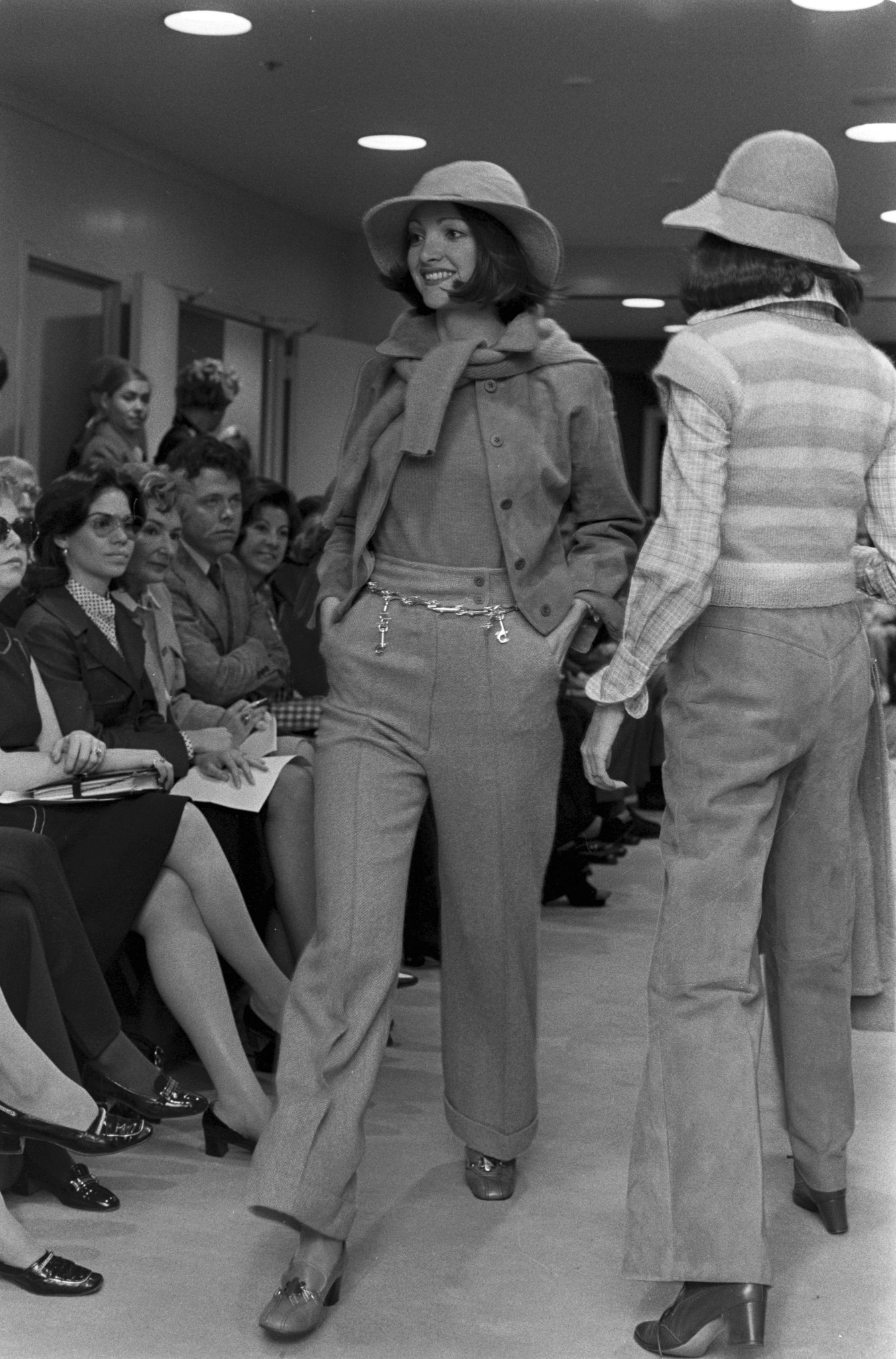 In the Eighties, when Leslie Fay was about to close the Kasper for J.L. Sport division, which was designed by Kasper, Arthur S. Levine (as part of the Sassco unit) struck a deal to use Kasper’s name on a line of suits, calling it Kasper for ASL. Kasper for ASL, introduced in 1984, became a dominant better price suit label in department stores. There was also a better-price Kasper Dress division. Kasper ASL was spun off in 1997 as a publicly traded company as part of Leslie Fay’s reorganization plan, and the business changed hands numerous times. Today, the Kasper label is part of The Kasper Group in New York.

“One of the best parts of my life was working with him. We both grew together. He was a very likeable guy,” said John Pomerantz, who was chairman and chief executive officer of Leslie Fay Cos.

Stan Herman, designer and a former president of the CFDA, said, “He was very important in my life. We started together in 1953. I met him at a party. We’ve had a long relationship and I spoke to him a lot in the last year.” He said that Kasper “was very complicated,“ and “very circumspect in his designs.”

“He was very successful early on and people like myself were so in awe of him. He built a business of very smart clothing that captured the winds of the time. He knew the right people and got the right information to produce the clothes that were very desirable and sold,” said Herman. He said that Kasper had a good licensing deal with his suits, “which gave him the kind of strength to do what he wanted to do. The Kasper suit was the thing to wear.”

Diane von Furstenberg said, “When I came to New York, Kasper was very kind to me and introduced me to editors. He was a gentleman and designed beautiful American sportswear.”

In addition to being a designer, Kasper was an avid art collector. His drawings and photographs were exhibited at the Morgan Library in 2011 and the show included works from the late Renaissance, as well as modern and contemporary drawings and photography. Artists represented ranged from Fra Bartolommeo and Giorgio Vasari to Pablo Picasso, Henri Matisse, Robert Mapplethorpe, and Jenny Holzer.

Kasper began collecting drawings as a student in Paris in the Fifties and continued to add to his collection. When he was living in Paris, he spent $100 on his first serious acquisition, a romantic wash drawing by Second Empire illustrator Constantin Guys, mostly because he had a friend who owned pieces by that artist.

In press materials for his Morgan exhibition, Kasper said, “Quality has always been very important to me. That doesn’t mean that the works I collect are the most well-known by a particular artist, but they have to have a sense of being something that’s original and important.”

John Marciari, Charles W. Engelhard Curator and Department Head of Prints and Drawings at the Morgan Library & Museum, said Tuesday, “Kasper was a life trustee at the Morgan Library & Museum and a dedicated member of the Director’s Roundtable and the visiting committee for the Department of Drawings and Prints. Celebrated as a fashion designer, Kasper was also a passionate collector with a discerning eye and exquisite taste. His exceptional collection of Old Masters, modern and contemporary drawings, and photography was celebrated at the Morgan in 2011 with the exhibition, “Mannerism and Modernism: The Kasper Collection of Drawings and Photographs.”

Executive director Colin B. Bailey of the Morgan Library & Museum, added, “Kasper was in some ways always the youngest person in the room. He had an unerring eye, a warm and droll sense of humor, and an insatiable curiosity.”

“I knew him for 30 years,” said Lisa Smilor, executive vice president of the CFDA. “We would get together and have lunch He had a beautiful, extraordinary apartment that was covered head to toe in the most incredible art. I found him to be charming in a loving kind of way. I knew him when I was a student at Parsons and he was a [fashion] critic,” she said. She recalled how Kasper began as a milliner but then he started designing dresses, and Lord & Taylor took him under its wing. She said they put his designs in the windows and grew his brand. She described his clothing as practical and tailored, but pretty.

She said that Kasper really devoted himself to his art over the last 20 to 30 years. She said about the Morgan exhibition, “CFDA members are still talking about it. His collection was so diverse and vast.”

Kasper’s Manhattan apartment was featured in Architectural Digest in April 2011. The apartment, in a 1908 building, had classical moldings and hefty mahogany doors and was filled with South Arabian sculptures, Old Master drawings, and cutting-edge photography.

Ray Crespin, a friend who was a former fashion director of Vogue and a former fashion editor at Harper’s Bazaar, said, “He was colorful and had a very successful business. He was a very attractive and charming guy and loved theater, jazz and opera and loved to dance. He had very sophisticated tastes.” She also said he threw wonderful dinner parties.

“He dressed very well, and we used to go up to Elaine’s a lot,” added Crespin. She recalled when she was getting married her husband didn’t have a proper suit, and he got married in Kasper’s suit.

Andrew Jassin, managing director of Jassin Consulting Group, said he knew Kasper during the years Jassin worked at Jones Apparel Group. “He was a gentleman. He was a bit of a throwback to the Fifties in his peculiarities and how he dressed. He was soft-spoken and he maintained friendships. Every year he would send me a birthday card up until 10 years ago,” he said.

Kasper is survived by four nieces and a nephew.