The company believes its prices should reflect production costs, despite dramatic currency swings. 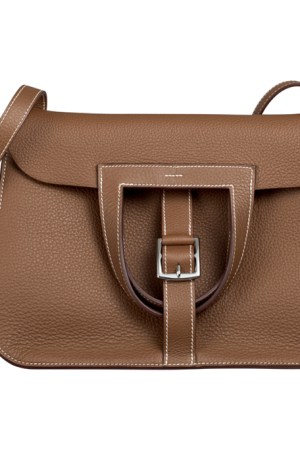 PARIS — Hermès International is keeping a lid on prices despite currency swings that have created a sharp differential between the cost of luxury goods in Asia and Europe, chief executive officer Axel Dumas said Tuesday.

Speaking at the company’s annual general meeting, Dumas reiterated that Hermès has an annual currency hedging policy that mitigates the impact of the weak euro on revenues. In addition, he said the company believes its prices should reflect production costs, in particular in France, where the brand’s famed Birkin bags are made.

“That is the reason why we don’t apply the solution consisting of saying, ‘I lower the prices somewhere and I raise them in France,’ because it would artificially increase prices for our French customers,” he said.

“Faced with [the weakness of the euro] we will probably make some adjustments, but I would say they are in line with our price policy, since we will have a price increase of around 4 percent in 2015, namely in Switzerland,” Dumas said, adding that the luxury goods firm was mulling more widespread price increases in 2016.

Dumas touched on a range of issues during the question-and-answer portion of the meeting.

He was optimistic about the company’s capacity to ride out a second rise in consumption tax in Japan, once it is implemented. “We will obviously adjust our prices accordingly,” Dumas said. “We hope the momentum we saw in the wake of the first increase in VAT [in April 2014] will continue.”

The group plans to open a new store in Miami in November that will cater to a local and Latin American clientele. Business in Brazil, where Hermès is staging its Festival des Métiers showcase for workmanship to coincide with the reopening of its renovated flagship in São Paulo, remains hampered by high import duties, the ceo said.

“As long as these import duties exist, it will be difficult to have a more sustained business, but we still plan to open other stores in Brazil in the next year or two to drive brand awareness and seduce our Brazilian clientele. I am not sure they will necessarily purchase in Brazil,” Dumas said.

The executive also revealed that Hermès hired a director of security, Henri Baggio, in September 2014 to counter thefts of its precious merchandise. He credited Baggio with helping police recover more than 500 Hermès bags stolen from a packaging and logistics facility northwest of Paris in April.

Eric de Seynes, president of the Hermès supervisory board, said the number of shareholders present at the annual meeting doubled from the previous year.

This reflected a jump in the number of Hermès shareholders to 107,000 as of Dec. 31, 2014, from 23,000 a year earlier, following a truce between Hermès and rival LVMH Moët Hennessy Louis Vuitton under which LVMH agreed to distribute to its shareholders most of the stake it had accrued in Hermès.

As of April 2, the family holding of LVMH chairman and ceo Bernard Arnault, who always insisted he had no intention of launching a hostile takeover of Hermès, had brought its stake back down to 8.5 percent, according to the 2014 Hermès annual report.

Shareholders overwhelmingly approved the 2014 pay package for Dumas, which includes a cumulative salary of 2.1 million euros, or $2.8 million at average exchange rates, according to the report.

Those gathered at the Palais des Congrès on the outskirts of Paris were treated to a performance by cellist Ophélie Gaillard and hip-hop dancer Ibrahim Sissoko, who opened the meeting with a 15-minute extract of their show “En filigrane.”