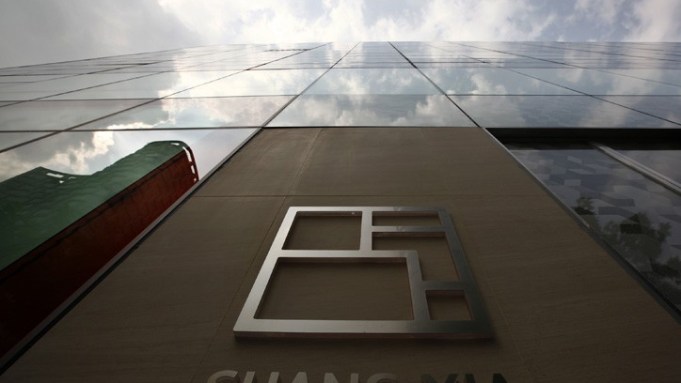 SHANGHAI — Hermès International will today take a major step for a Western brand in China, unveiling a new brand created specifically for one of the world’s fastest-growing luxury markets.

Shang Xia, which means “up down” in Chinese, will today unveil its first store in the Hong Kong Plaza mall here to display a full range of lifestyle products, including clothing, accessories, furniture and porcelain.

“Our philosophy is timelessness, simplicity, lightness and functionality,” said the brand’s artistic director, Jiang Qiong Er, adding she drew her inspiration from Chinese philosophy. “It is the meeting of the opposites, as in the Yi Ching ‘up and down,’ the ying and the yang, the woman and the man, the sky and the earth.”

The elegant and ethereal 1,300-square-foot store, designed by Japanese architect Kengo Kuma, features a translucent, whitish glass facade. Inside, white fabric petals drape from the ceiling and walls to give the space a dreamy feel. The store opens to the public Friday.

Hermès International has been working on the project for about three years. A chance meeting between Patrick Thomas, chief executive officer of Hermès, and Jiang, a Shanghai designer who had created Hermès display windows in China, proved to be the right fit. The 33-year-old Jiang, a graduate of Tongji University in Shanghai and the Decorative Arts School in Paris, was running her own design studio at the time. After she was officially tapped to head the project, Jiang hired a team of 30 Chinese designers to create Shang Xia. To honor the Chinese heritage, Jiang has focused on craftsmanship of the past and given it a contemporary, minimalist twist.

Hermès is the second major Western fashion brand — but probably won’t be the last — to create a label specifically for the Chinese market. Levi Strauss & Co. last month launched a collection specifically for China, South Korea and Singapore called Denizen, with a plan to open 50 stores by the end of the year.

Thomas, who is traveling in China, said investing in a new brand seemed like the best way to tap into the fast-growing Chinese market for luxury goods. “Instead of buying another company, we thought, ‘Why not create a brand from the ground up that shares our philosophy — outstanding quality, creativity, and strong style?’” he said.

The executive declined to disclose investment figures or sales projections for the new store, but said he was proud of how it came together.

“We have no sales target for Shang Xia. We have only one target — to surprise our customers. We want to show the world the strong tradition of China, a tradition of thousands of years,” he said in a phone interview.

“We are going to take it step by step, and slowly,” he said.

Thomas quickly pointed out that Hermès itself waited six years to open its second store in China after only entering the market in 1997. Clearly Hermès didn’t feel the need to rush with Shang Xia; the French company said late last year that the new brand was originally scheduled to launch in the spring.

Despite Hermès’ late entry into China, the country surpassed Japan as Hermès’ largest market this year, Thomas said. Hermès has 19 stores in China and more are on the way, but the company is not planning on expansion at a breakneck speed, the executive explained.

“We will slow down in the number of stores we will open and focus on enlarging and redecorating our current stores,” Thomas said.

Hermès posted a 22.8 percent increase in first-half sales to 1.07 billion euros, or $1.38 billion. The fastest growth on a regional basis came from Asia, excluding Japan, where sales leaped 51 percent to 291.4 million euros, or $376.5 million.

Tucked away quietly in the back of the Hong Kong Plaza mall on Huaihai Road, Shang Xia joins hundreds of luxury brands that are housed inside the luxury malls that line the streets of downtown Shanghai. Some of its closest neighbors include Shiatzy Chen, Cartier, Tiffany & Co. and MCM.

The Shang Xia clothing line puts the focus on craftsmanship, with all the cashmere knits woven by hand and the silk border also sewn on by hand. A sculptural cashmere felt jacket can only be made to order. Distinctly Asian shapes and minimal lines dominate the apparel offerings, including angular shawls and drapes in very light woven cashmeres. Crumpled scarves in silk and cashmere give off a bohemian vibe.

Jiang said an eggshell porcelain tea set epitomizes the brand’s philosophy. The pieces are inspired by classical Chinese designs, and handcrafted by masters in the city of Nantong. Finely hand-woven bamboo baskets made by weavers in Sichuan finish off the set.

“We want to be understated, low-profile,” said Jiang.

Even though some luxury market observers consider Chinese customers to be flashy and ostentatious, Jiang doesn’t appear fazed.

“Our brand is not for everyone,” she said. “But I know there are Chinese who will respond to our quality and excellence, Chinese who are looking to discover their roots. Of course we need to get feedback from the market. We will evolve.”

Whether the tasteful and almost museumlike presentation of Shang Xia will translate into sales is something that Jiang said she does not think about.

“We are not a brand with a 100-year history. We are not going to open 100 to 200 stores in the next 10 years. We cannot sell 8,000 copies of the same piece. We want to focus on our one store. It’s our baby that we have given birth to,” she explained. “Commerce is important of course, but commerce is also creative.”