The concept is to help established and emerging brands gain a foothold in specialty and department stores, as well as online. 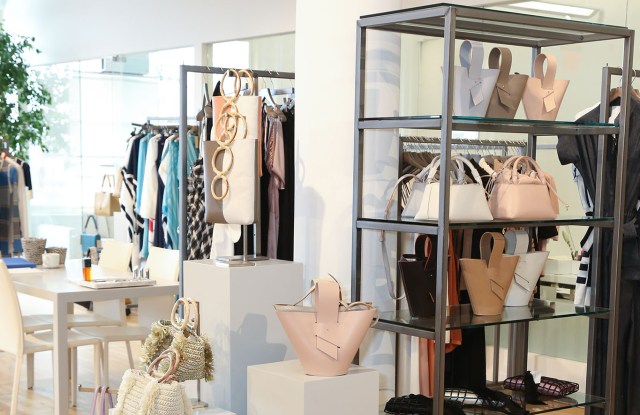 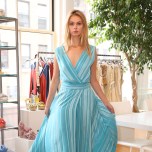 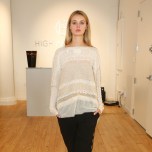 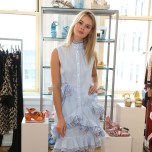 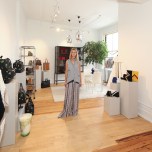 The showroom, based at 584 Broadway in SoHo, features 17 U.S. and international fashion and accessories lines, including scarves and candles. It opened for business Sept. 6.  The concept is to help established and emerging brands gain a foothold in specialty and department stores, as well as online, and service those accounts while providing guidance and business strategy to designers.

Sokol, most recently a consultant whose background includes the presidency of J. Mendel, Vera Wang, Donna Karan New York and Calvin Klein Women’s Collection, and Zikas, who previously held top sales and leadership roles for designers such as Donna Karan, Vera Wang, J. Mendel and Kaufmanfranco before becoming president of Rachel Zoe, have worked together at several of those companies before joining forces.

The open and inviting environment, which features a café where coffee and wine are served, is intended to be a welcome oasis for harried retailers. “We really care about lifestyle and focus the concept on specialty stores,” said Sokol, who gave a tour of the space. At the time, buyers from Barneys New York and Saks Fifth Avenue were shopping the lines, with more appointments scheduled that day with Neiman Marcus; Bergdorf Goodman; Liberty of London; Tootsies in Houston; Relish in Washington, D.C.; The Maris Collective; Tsum in Russia; Julian Gold in San Antonio; She.la. in Omaha; Joseph in Memphis, and Forty Five Ten in Dallas.

Among the brands being carried are:

“It took over a year to curate all this,” said Sokol. “The idea is for great specialty stores to buy five or six collections.” Discovery is also part of the whole experience. Zikas added that they plan to take these collections to The Scribe Hotel in Paris from Sept. 29-Oct. 3 where they will show retailers.