Hilfiger’s original investment team may soon be back together again. 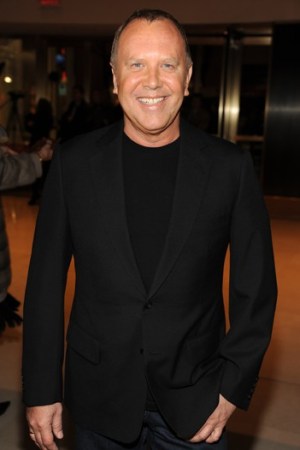 Tommy Hilfiger’s original investment team may soon be back together again.

Tommy Hilfiger and Joel Horowitz are said to be among the private investors due to invest in Michael Kors, joining their previous partners, Silas Chou and Lawrence Stroll, who bought Michael Kors in 2003 for a reported $100 million, according to sources. Kors is seeking to raise as much as $500 million to fund its global expansion plans and has hired Morgan Stanley to sell an equity stake of about 25 percent. The round of financing is closed and is expected to be finalized in July, according to a financial source.

Hilfiger, who was traveling in Europe, declined to comment on whether he will invest in Kors, but told WWD: “Anybody would be crazy not to invest in it. Michael Kors is the next major global player in my eyes.”

Hilfiger, Horowitz, Chou and Stroll were the original investors in Tommy Hilfiger and have since invested in several different companies together, such as Pepe, Hackett Ltd., as well as several real estate deals. Their numerous investments have made the foursome extremely wealthy.

“For over 20 years, we’ve invested in things together. If they ask me, of course I’ll invest” in Kors, added Hilfiger, principal designer and visionary of Tommy Hilfiger. Horowitz, former chief executive officer of Hilfiger, couldn’t be reached for comment.

Morgan Stanley had issued a book on Kors and was shopping the company around. “It’s very hot,” said one investment banker, who requested anonymity. He said the investment firm went after high net worth individuals and various funds. “They’ve been fairly quite successful in raising money. The [Michael Kors] business is very successful.”

The New York Post first reported Monday that Kors was looking for a private placement to raise funds for expansion.

Sources said Kors expects to do a private placement followed by an initial public offering right away. Some sources have estimated the company could be valued at over $2 billion. But even if Kors moved quickly toward an IPO, it might not be until next year until other investors get a chance to buy a piece of the company, other sources said.

A Kors IPO would be a novelty. There hasn’t been a similar public offering of an American designer in some time. In part, that’s because there aren’t many fashion brands that have both a business that is established

enough to lend them real business credibility and enough room to grow for investors to see a strong return. Kors has been on a roll, though, and has licensing tie-ups with Fossil Inc., the Estée Lauder Cos. Inc. and PVH Corp.

Donna Karan and Ralph Lauren completed their IPOs in the investor rush of the late Nineties. More recently, brands have been consolidated into larger strategic players. Catherine Malandrino is said to be in talks to be acquired by Kellwood Co., for example.

“A lot of companies want to tap into huge investor appetite for luxury businesses,” said investment banker Elsa Berry, head of Houlihan Lokey’s cross-border consumer coverage. “That is fueling IPOs (Prada, Ferragamo) and M&A (Jimmy Choo, Moncler, Belstaff). Selling a minority stake is a good way to do that and also sets the stage for valuation going forward.”

Selling a minority stake could help lock in a good valuation if the environment continues to be good or even OK, Berry said.

And having some additional funding could help Kors expand just when U.S. brands are looking overseas for growth.

“A lot of these companies want to expand internationally and they just don’t have the capital to do it,” said Bill Detwiler, senior managing director and co-group head of consumer, retail and health care investment banking at FBR Capital Markets. “It’s an ongoing trend, these companies need capital to both relieve existing shareholders somewhat — give them some cash — but also to fund growth in a period of tie when arguably their cash flows are not what they were projected to be.”

Kors, which generates about $900 million in volume, has been aggressively expanding with its own freestanding boutiques globally which carry the designer’s wide product range. Kors kicked off a global retail strategy in 2006 and continues to add boutiques around the world. The firm currently has about 175 freestanding stores worldwide.

In April, the company said it plans to expand in Southeast Asia and has partnered with the Valiram Group to build its business and open stores in Malaysia and Singapore. Kors originally entered the Asian market in 2006 by teaming with Simone Korea and has since opened 31 points of sale. In March 2010, Michael Kors Japan KK, a wholly owned subsidiary, was established. This summer, Kors will open his first Collection boutique in Hong Kong’s Peninsula Hotel. There are also plans to open 50 retail locations in Greater China over the next three years.

This summer, Kors will open a lifestyle flagship at 610 Fifth Avenue in Manhattan, in the space formerly occupied by Kenneth Cole. The 7,000-square-foot store will offer accessories from Michael Kors, Michael Michael Kors and Kors Michael Kors collections, as well as Michael Michael Kors ready-to-wear. Kors also opened a three-story Collection boutique at 790 Madison Avenue at 67th Street this spring, and the company is said to be seeking a location on Robertson Boulevard in Los Angeles for another lifestyle concept store.

Stroll and Chou were the executives behind Ralph Lauren’s international licensing deals throughout Europe in the Eighties, and then went on to finance Hilfiger. The designer and his partners made a bundle with their IPO on the New York Stock Exchange in the fall of 1992, netting a combined $325 million on an original investment of $206,000. Simultaneously, Apparel International Holdings Ltd., which was controlled by Chou, Stroll, Hilfiger and Horowitz, also raised $62.9 million in a November 1993 offering, $127.3 million in a June 1994 offering and $135.4 million in a March 1995 offering. In 2001, Stroll and Chou cashed out their holdings in Hilfiger and relinquished their co-chairman titles in order to invest in other brands. They invested in British luxury goods brands Asprey and Garrard in 2000, which they eventually sold after losing millions, and then went on to buy Kors.

Hilfiger, which was sold to Phillips-Van Heusen, now PVH Corp., in May 2010 for $3.1 billion, currently generates $4.6 billion in global sales. Hilfiger’s priority is his namesake company, but he has taken on a string of other projects and private investments. Earlier this month, it was reported that Hilfiger and Harry Slatkin had invested in Belstaff, the English outerwear label, and Hilfiger became a business consultant and member of Belstaff’s advisory team and board. Hilfiger is also an investor in Music Entertainment Sports Holdings (MESH), a division of LF USA, which is developing apparel lines for musical artists. He is also said to be developing a Tommy Hilfiger hotel in Manhattan.