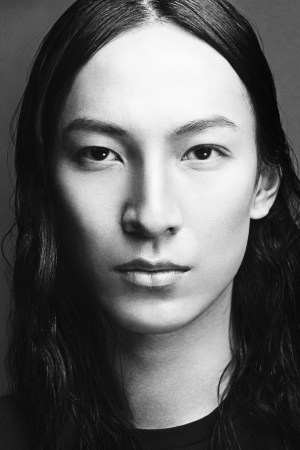 Alexander Wang announced his partnership with H&M on Saturday night ahead of a joint party at the Coachella Valley Music and Arts festival. Wang will be the first American designer the Swedish fast fashion retailer has partnered with for its annual designer collaborations. The one-off collection, launching in 250 H&M stores worldwide and online, will comprise apparel and accessories for men and women. Wang has been on a hot streak since showing his third collection for Balenciaga and now will be covering both ends of the fashion spectrum with the Swedish fast fashion retailer.

Wang made the announcement with a video on his newly debuted Instagram account at midnight EST. The video, a take on the basketball shot clock, ended with the numbers 11:06, for the collection’s November 6 debut.

WWD talked with the designer on the red carpet at his Coachella event with H&M, where Iggy Azalea made a surprise guest appearance. Other guests at the event included Kate Bosworth, Lorde, Katy Perry, Fergie, Florence Welch, Kesha and Rosie Huntington-Whiteley.

WWD: Why did you decide to make the announcement at Coachella?

Alexander Wang: H&M has their party every year, H&M loves music, and I love music and we were really lucky to get Major Lazer and Diplo, who is a dear friend of mine, and Iggy Azalea and Jesse Marco to come and throw this fun party for us. We thought it was this great idea to [make] the announcement through a party upon everyone’s arrival. One time about seven years ago, I went to a crazy party in a basement and it was through an alleyway and I walked inside and we partied and at the end of the night I walked through the front entrance and realized it was the lobby of my office building, without even knowing it. I had no idea there was a back entrance to my office building. I love the idea that there are two entrances to a party and that people come from both ends and have this discovery. There’s always an element of surprise and spontaneity!


WWD: Why did you decide to make the announcement on social media?

A.W.: We’ve had Twitter and we’ve had Facebook. We’ve had an Instagram account for about two years now with no posts and we were really waiting for the right moment to do something with it and find the right project. We kept it going and it kind of accumulated followers without any posts and we thought, what a great idea for the first post to be this, so we did a really fun video.

WWD: Do you have any details on the collection?
A.W.: It’s too early to say. There will be a new element of lifestyle offering that’s a completely new way of approaching the collaboration, but it is too early to give away.

WWD: What are your thoughts on fast fashion?
A.W.: It’s a different era and a different world today and I think everything is changing, the whole system of fashion and design and I think there’s an opportunity for everyone to create and do something that is different and individual. I think it’s a really interesting thing and how it all correlates to the industry and how it’s all evolving. For the tenth anniversary we wanted to approach this in our individual way. Time will tell how it unfolds.

WWD: What have you seen at Coachella so far?
A.W.: Pharrell was amazing tonight, I had to leave a little early to get here. MGMT was awesome. Lorde was amazing.

WWD: Who did you come to Coachella with?
A.W.: A bunch of really close friends who I went to high school with, who are dear friends, and that’s the way to keep it.

WWD: What are your plans for tomorrow?
A.W.: Back to the festival, of course! I’m not going to come out here for [only] two days.