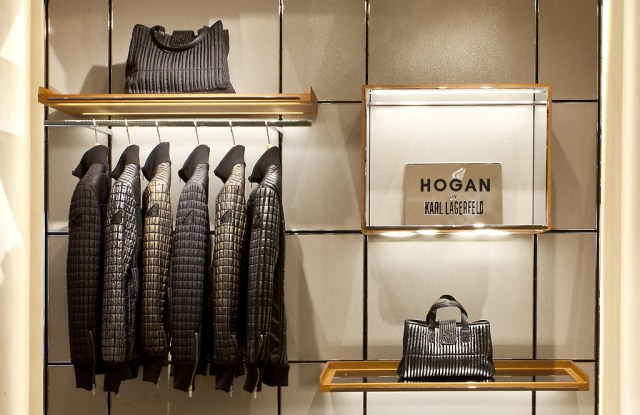 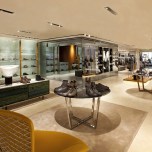 BEIJING — With the opening of its first store here, Hogan is expanding its bid for Chinese consumers. The market, which is young, energetic, and quality-conscious, fits into Hogan’s ethic of “urban chic,” said president Andrea Della Valle.

That, and the somewhat “mature” market in Europe and the United States, means that Hogan has its eye on expansion in Asia. The company, part of the Italian group Tod’s, recently opened a boutique in the China World Shopping Mall in the city’s central business district, alongside luxury brands such as Burberry and Prada.

The 170-square-meter boutique is designed in part to resemble a “bourgeouis” 1950s-era European home where customers can feel as if they’re in a “home away from home,” surrounded by bookcases, armchairs, and rugs, Della Valle says.

Hogan already has three stores in Hong Kong, with a third boutique opened this past June, as well as in Harbin and Wuhan in mainland China. The company expects to add another store in Beijing as well as boutiques in Shanghai and three or four other second-tier cities in 2012, Della Valle says.

Tod’s earnings for the first half of 2011 show the remarkable influence of Asian markets on the company, with overall sales revenues up 16.4 percent at 439.5 million euros. The biggest percentage growth came in the company’s Asian region, with sales increasing 36.6 percent and revenues of 92.9 million euros.

“We believe a lot in this market,” Della Valle said. “Every time I come here, I smell a new energy. People are hungry to have new brands. They recognize that what is made in Italy is our trademark.”

Chinese customers are also starting to adapt a “less formal” approach to fashion, where they’re comfortable wearing something “easy” but with a “touch of sophistication” that could take them from the office to drinks to the theater later, Della Valle said.

The Beijing store, open for several weeks, has already done well since many of the customers know the brand from trips to Europe, Della Valle said. Some of the items in the Beijing store, such as a red python-skin clutch bag and ballet flats, are only available at that location.

To highlight the opening of the boutique, Hogan is sponsoring a 16-portrait photography exhibit taken by designer Karl Lagerfeld to highlight the Hogan by Karl Lagerfeld autumn/winter 2011-2012 collection. The exhibit will run Thurday to Sunday at the Iberia Center for Contemporary Art in Beijing’s 798 Art District. Some of the models featured include Shu Pei, Elettra Rossellini Wiedemann (the daughter of Isabella Rossellini), Leigh Lezark, Kiera Chaplin (the granddaughter of actor Charlie Chaplin), Bianca Balti, and Du Juan.

Della Valle also commented briefly on the news that Italian courts had found him and his brother Diego guilty of sports fraud connected to their ownership of the Florence soccer team Fiorentina. A Naples court sentenced the brothers to 15 months in jail and a 25,000-euro fine. “We believe the truth is going to come out,” Della Valle said. “We’re going to have time to appeal” the verdict, he added.