Everybody likes a good book. Here are some ideas for the holidays.

Everybody likes a good book. Here are some ideas for the holidays. 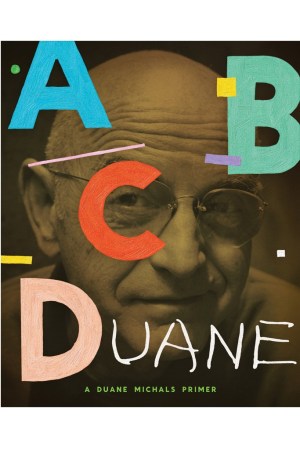 Courtesy of The Monacelli Press

Everybody likes a good book. So if you’re shopping for an aspiring fashion designer; someone who’s fascinated by the socialist earnestness and kitsch of the GDR, the former East Germany, or simply a friend who appreciates great photos, here are some ideas for the holidays.

“Magnum Contact Sheets,” Edited by Kristen Lubben (Thames & Hudson). This big book (524 pages, with index), shows the contact sheets from which some of the best-known images by Magnum photographers came. The work of 68 photographers in the cooperative is showcased. There is, for example, a celebrated photo by David Seymour, known as Chim, called, “Woman in the Crowd,” which shows a woman nursing a baby in Extremadura, Spain, in May 1936, at the time of the Spanish Civil War. The frames in which Chim pulls away reveal a large crowd of people gathered to listen to an orator. There are Erich Lessing’s shots taken in Budapest during the 1956 Hungarian uprising; René Burri’s 1963 images of Ernesto “Che” Guevera; Burt Glinn’s pictures of the 1957 desegregation of Little Rock Central High School in Little Rock, Ark.; Inge Morath’s well-known 1957 image of a llama in a New York City cab, and Steve McCurry’s 1983 pictures of women clustering together during a dust storm in Rajasthan, India. The context of the photographs is also described.

This story first appeared in the December 22, 2014 issue of WWD. Subscribe Today.

NEXT: “ABCDuane: A Duane Michals Primer” >>

“ABCDuane: A Duane Michals Primer” by Duane Michals (The Monacelli Press in cooperation with Carnegie Museum of Art). The noted photographer, now 80, is, as it turns out, almost as much a wizard with words as with pictures. He responds to images that are important to him, among them a David Hockney etching, a photo by Eugène Atget and drawings by Balthus, along with his own photos, and tells anecdotes about the people he knew. In an entry on Henry David Thoreau, who famously went to Walden Pond to get away from modern civilization, Michals writes, “Oldsters of my generation are reluctant to join the crush to constantly communicate. People on Facebook proudly announce that they have 3,000 friends, which I find appalling. It’s nearly impossible to have three great friends. Our culture is a caricature of a high school student’s desperate need for attention.”

“Celebrity Cocktails” by Brian Van Flandern, with photographs by Harald Gottschalk (Assouline). This amusing and instructive book combines images of Golden Age Hollywood films and more modern actors with recipes for mixed drinks. Some of the photos — such as one of Sarah Jessica Parker with a Cosmopolitan — coordinate with recipes, while others don’t. Regardless, the double-page spread of Elizabeth Taylor in “Butterfield 8” surrounded by a lineup of six men toasting her is priceless.

NEXT: “Playground: Growing Up in the New York Underground” >>

“Playground: Growing Up in the New York Underground,” by Paul Zone with Jake Austen, and an introduction by Debbie Harry and Chris Stein (Glitterati). As a member of the band The Fast, with his two brothers, Miki and Mandy, Zone really did live the punk scene, and he chronicled quite a bit of it in the photos that appear in this book. There’s Lou Reed at the Academy of Music, Iggy Pop when he was with The Stooges, Lance Loud, Joey Ramone, the New York Dolls, Wayne County, Ray Davies and so on. The photos are spontaneous ones of performers onstage or fooling around with their friends; the casual quality of the images is part of the point.

“French Art Deco” by Jared Goss (The Metropolitan Museum of Art, distributed by Yale University Press). Goss, a former associate curator in the Department of Modern and Contemporary Art at the Metropolitan Museum, writes about the French Art Deco style, which came to life in the early 20th century and was put on the map by the 1925 Exposition Internationale des Arts Décoratifs et Industriels Modernes in Paris. There are more than 100 works created by 45 designers, all from the remarkable collections at the Met. Each chapter discusses a specific designer, with a biography and a description of the objects he or she created, and includes quotes from the press of that time. This is one of the few books in English about the French version of this style.

NEXT: “Mister Finch: Living in a Fairytale World” >>

“Mister Finch: Living in a Fairytale World” by Mister Finch, with an introduction by Justine Hand (Glitterati). Finch, a self-taught artist and craftsman, makes many charming things in his house and workroom in Leeds, England. There are fanciful hares wearing embroidered capelets; onions created from fabric and strings; a huge butterfly made from pieces of upholstery material and fake-fur fabric; bumblebees from fake fur. There are seemingly infinite variations on spiders, moths, dead birds and mushrooms, created from an amalgam of fabric, wire and other materials, all of which combine to create an unusual and distinctive realm of Finch’s own. His feline companions seem fascinated by his creations.

NEXT: “Manufacturing Processes for Textile and Fashion Design Professionals” >>

“Manufacturing Processes for Textile and Fashion Design Professionals” by Rob Thompson, with photographs by Martin Thompson (Thames & Hudson). Ideal for the aspiring fashion, accessories, furniture or industrial designer, this is an encyclopedic discussion of the process of creating textiles, materials, objects and finishes, and discusses the method, cost and environmental impact of all of them. There are 1,800 photos and 250 diagrams. “Constructing a Waterproof Taped Seam,” “Bar Tacking a Safety Harness,” “Applying a Snap Button” and “Constructing a Marquee with RF Welding” are among the case studies illustrated. The methods for creating hats and shoes are presented step-by-step.

NEXT: “Beyond the Wall: Art and Artifacts from the GDR” >>

“Beyond the Wall: Art and Artifacts from the GDR,” directed and produced by Benedikt Taschen, from the East German Collection of the Wende Museum, edited by Justinian Jampol (Taschen). After Germany was reunified in 1990, and a few years had passed, nostalgia for the old East Germany created a fascination in the reunited country for all things GDR (German Democratic Republic, the old East Germany), including the curious soft drinks and children’s television shows that were popular there. This large (904-page) volume contains many a product, fashion and advertisement shot, along with propaganda posters and front-page newspaper stories, including the death of Stalin in 1953.

“Halston: Inventing American Fashion” by Lesley Frowick, with a foreword by Liza Minnelli (Rizzoli New York). Halston’s niece, Lesley Frowick, knew him well and worked with him for years. This book throws new light on the life and career of a pivotal American designer, whose creations defined the early Sixties (Jackie Kennedy’s pillbox hats) and the Seventies (when he began to design his streamlined fashion collection, reinventing the twinset and the one-shoulder dress, and creating clothes for everyone from Marisa Berenson, Cheryl Tiegs and Bianca Jagger to Elizabeth Taylor, Betty Ford and Martha Graham). Jersey and silk organza were favorite materials, as was cashmere. He also created stylish caftans, and dressed his close friend Minnelli for the stage. Something not known to most Halston fans: his brother Robert Frowick, the father of Lesley, was a noted American diplomat.

“Hiroshi Sugimoto: Dioramas,” designed by Takaaki Matsumoto (Damiani and Matsumoto Editions). The noted photographer Hiroshi Sugimoto found a way to photograph the dioramas at New York’s Museum of Natural History so that the scenes look as if they’re real, i.e., taking place in nature. He did a series of shoots there in 1976, 1980, 1994, 1997 and 2012, and this book is the result. The cover image of a polar bear and seal is quite remarkable, and so are those of a small pride of lions, a herd of gemsbok, the Olympic rain forest and the Arctic Ocean.