Protesters have cleared the streets but Mainland Chinese tourists continue to hold tight to their wallets. 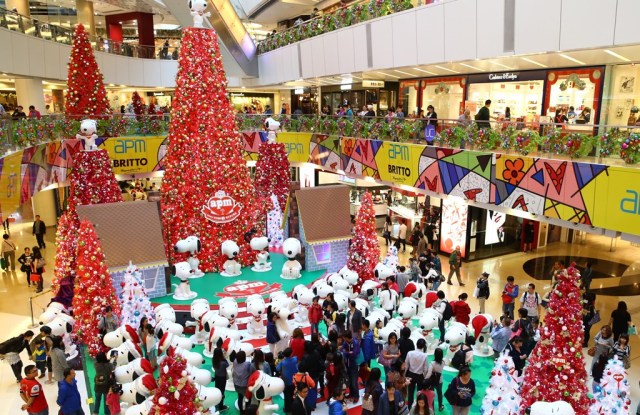 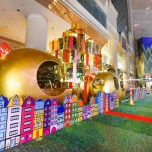 HONG KONG — Retailers in this city have one thing to cheer this Christmas season: pro-democracy demonstrators have cleared the streets, making way for holiday shoppers.

Yet with Chinese austerity and anti-graft measures still weighing on luxury spending, market watchers expect a mixed holiday season. Mainland Chinese tourists – who fuel much of the luxury retail sector in the city – continue to hold tight to their wallets amid slowing economic growth at home and an ongoing anti-graft campaign that is putting a dent in jewelry and watch sales. On the other hand, market watchers say spending by local, Hong Kong residents on non-luxury goods holding up nicely.

“The impact from Occupy Central is basically over, so we believe that tourists will come back this year,” said Lily Lo, economist at DBS Bank in Hong Kong.

“When looking at Hong Kong’s retail sector, it’s important to separate luxury from non-luxury. Non-luxury won’t do badly. About 65 percent of retail sales [in Hong Kong] come from local spending by Hong Kong residents. Over the last two quarters, equity and property markets have been doing well. Locals have strong consumer confidence,” she said.

But some warn that consumer sentiment in Hong Kong is still fragile. The ANZ-Roy Morgan Hong Kong Consumer Confidence survey found that confidence fell slightly in December with 33 percent of respondents claiming they are financially better off than a year ago, down from 38 percent last year. Less than half of respondents said they expect Hong Kong will have good financial outlook over the next 12 months.

“I don’t see any specific reason for local households to expand their spending,” said Raymond Yeung, economist at ANZ in Hong Kong, noting that the equity market has been “pretty volatile” over the last few days and that “it’s premature to conclude that the boom [in equities] could encourage people to spend.”

One thing that economists agree on is that spending by Chinese tourists in the city will continue to be sluggish. This won’t be felt so much during Christmas, which is not a major holiday the way it is in the U.S. or Europe, but will put a dent in Chinese new year spending. In short, Christmas will just be a taster of what’s to come.

Tourist spending “will go down particularly in the luxury retail sector. We don’t think the impact will be so great for Christmas, but for [Chinese] new year, we think the luxury sector will be hard hit,” said DBS’s Lo.

ANZ’s Yeung said another negative factor to consider is weakness of the Japanese yen and Korean won and relative strength of the Hong Kong dollar, which is pegged to the U.S. dollar. That makes Hong Kong relatively less attractive as a shopping destination and could encourage Hong Kong and Chinese shoppers to travel to Japan or Korea to shop and take advantage of the currency exchange rate.

Sun Hung Kai Real Estate Agency, which manages a portfolio of 11 malls in Hong Kong, expects sales to increase 10 percent and traffic to increase by 15 percent over a year ago. Products such as gold accessories, smart phones, tablets and digital cameras and specially packaged festive gifts, are expected to benefit the most from increased holiday spending, said Maureen Fung, general manager for leasing at Sun Hung Kai, adding that the product categories are expected to see 10 to 15 percent increase in sales over the holidays. Tourist spending has been steady at a “young and trendy” shopping mall like Apm and tourists spend primarily on trendy and lifestyle products in the “middle to high price ranges,” said added.

Meanwhile, the city is dressed up for a festive holiday season. Hotels, malls and office buildings are swathed in lights and a wide variety of decorations, some bearing little or no relation to Christmas. Hong Kong offices are shut Dec. 25 and 26.