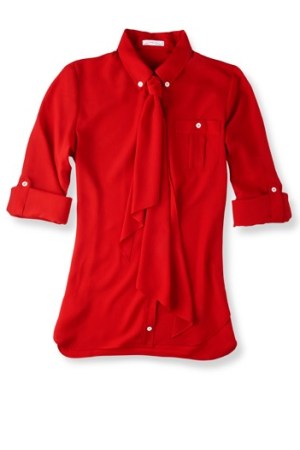 Adam Lippes is the latest designer to head to HSN.

In late September, the network will go live with Love Adam — a new collection inspired by Lippes’ main line but priced between $54.90 and $399.90. For Lippes, the extension is another way to heighten his profile as he looks to boost his retail network and international business now that his label is owned by Kellwood Co.

Lippes first got a taste for a wider audience when he collaborated with Spanish retailer Mango, which reached about 1,200 doors. “I was amazed by the reach that it gave my brand and the fact that good-looking, well-made clothes didn’t need to be crazy-expensive if you have the volume,” Lippes said. “I got letters and e-mails from customers all over the world, so we started thinking about how we can achieve something like this here in the U.S.”

After some deliberation, he decided on home shopping as an appropriate platform. The Love Adam line is “geared towards a woman who is living a different lifestyle [than collection],” Lippes said. “It’s certainly more casual. It’s not a redux of our greatest hits in cheaper fabrics.”

The lineup for the launch collection features looks such as embellished tops, a Dolman dress, twill jackets and fake fur coats.

Bosco did not disclose sales projections. “This is the beginning of a long-term partnership,” Bosco said. “We expect his collection to expand as we believe he will resonate with our customers as he shares his unique pieces, as well as the stories and inspiration behind his designs.”

For Lippes, this is just one activity of several since Kellwood invested in the business late last year. “Since partnering with Kellwood, we have really developed a plan to develop the main collection on all levels, from fragrance to accessories to more stores,” said Lippes. “We will open a pop-up store in September and looking at spaces in SoHo for that.”

He added that if the pop-up store in SoHo performs well, he envisions its conversion into a proper shop. There are also plans for a unit in Los Angeles.

“We are focusing more on international starting in the spring, but already have great accounts like Harrods, Net-a-porter.com, Brown’s and Lane Crawford,” said Lippes, who is on track to reach $20 million at wholesale this year. “We are also really growing our U.S. business. We are in 15 doors of Saks, which we launched just this year, and at Bloomingdale’s and Bergdorf Goodman. We don’t want to be everywhere and Kellwood really believes in the freestanding model. I think in the next few years, we will have a significant number of stores.”