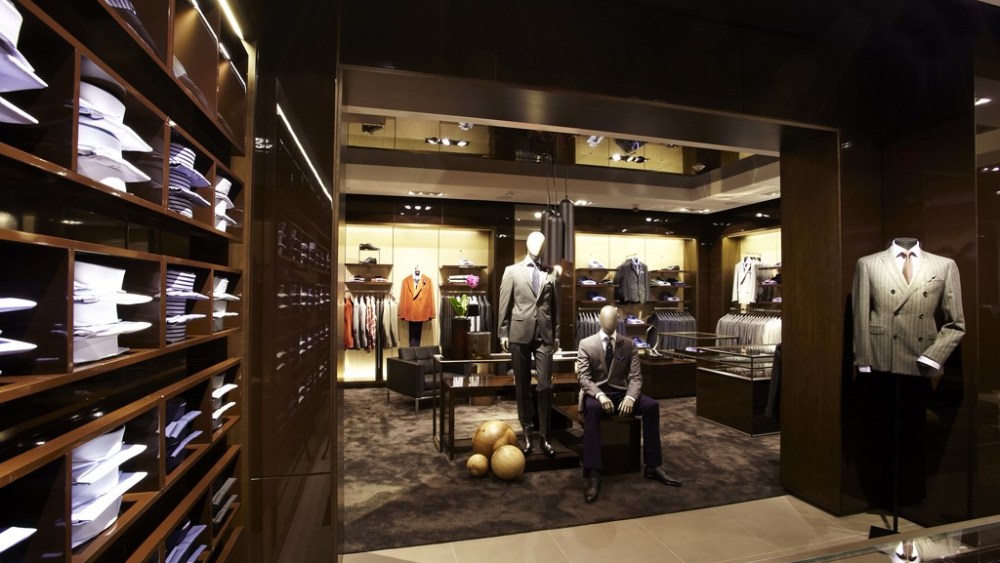 Hugo Boss has opened the first of its new-concept stores in the U.S. at the Americana Manhasset in Manhasset, N.Y.

The design, which has been used mainly in higher-end locations in China and Europe, will continue to be rolled out next year with four additional units opening internationally in Asia-Pacific and Scandinavia. However, the Manhasset unit will be the only one in the States.

“This is a really exciting project for Hugo Boss globally,” said Mark Brashear, chief executive officer of Hugo Boss, The Americas. “It’s our first in America and reflects a very polished retail experience. It’s a big step forward for us.”

The store carries Boss and Boss Green men’s wear, and Boss, Boss Orange and Hugo women’s collections, along with shoes and accessories. Men’s wear makes up about 75 percent of the mix, but Brashear said the women’s wear, which represents “a bigger women’s expression than in our typical store,” has been exceeding plan since the unit opened about three weeks ago. He also said that in both men’s and women’s, the “most premium product” is doing the best. “We’re encouraged that our customer is looking for luxury and quality,” he noted.

Brashear said the brand had been looking for a space in the Americana for quite some time and was encouraged to finally find a location. “It’s a very productive center — among the most productive in the U.S.,” he said. The open-air center boasts 60 luxury and contemporary brands.

“Having this shop concept in Manhasset shows the versatility of the brand. The concept is luxurious and sophisticated and I am sure that Hugo Boss will do very well there,” added Claus-Dietrich Lahrs, ceo and chairman of Hugo Boss.

The company has experienced strong results from its retail stores. In the last month, six stores have been either remodeled or opened, and the brand plans to add another eight doors in the U.S. next year — five Hugo stores and three Boss stores.