In a First, Fendi Taps Nick Knight for Spring Ads

MILAN — In September, Silvia Venturini Fendi presented her first solo ready-to-wear effort for Fendi after the death of Karl Lagerfeld, who famously also photographed the brand’s advertising campaigns. As a consequence of his passing, the spring campaign also marks a new chapter for the storied house, as it was for the first time photographed by Nick Knight.

Venturini Fendi said in an interview that she chose to work with Knight because “he is a real visionary.”

The British photographer, she believes, was able to map out “a new vision of the Fendi woman.”

“He listens, he is a great artist, I always admired him and now for the first time I had the opportunity to work with him,” she explained.

The designer in September said the collection was triggered by the sunny days of summer, which put her in “such a different mood, more open to experiences, and I feel more freedom.”

The images of the campaign, photographed in Knight’s London studio, are colorful and playful. Adut Akech, Jing Wen and Rianne Van Rompaey are seen posing on an imaginative terrace of a Roman historic Palazzo furnished with multicolor retro outdoor designs. Despite the Roman mood, Venturini Fendi was keen on portraying different modern, international women.

“We wanted to tell a story, with a cinematographic, oniric effect. There is the Roman Fendi spirit and I was thinking of Italian movies,” said Venturini Fendi, citing the award-winning 1980 film “La Terrazza” directed by Ettore Scola, where characters interpreted by the likes of Marcello Mastroianni, Stefania Sandrelli, Vittorio Gassman and Jean-Louis Trintignant meet during a social evening on a Roman terrace.

Wen is captured wearing a floral jacket and short combo sitting on a porch swing decorated with pillows in the same fanciful print, a bright green Peekaboo bag placed standing out in a corner of the photo. Akech is seen lying on a bright yellow deckchair wearing quilted shorts and V-necked shiny top. 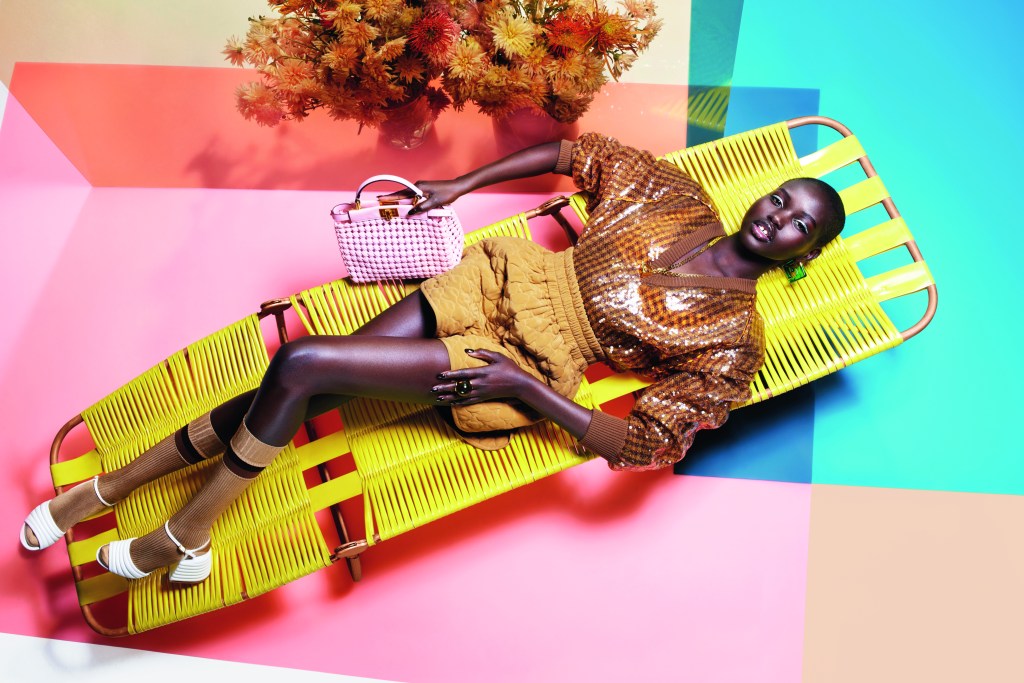 A Seventies, bourgeois vibe contrasts with the playful lightness, which the designer said was key. “There is a strong link between fashion and lifestyle,” Venturini Fendi said. “There is extreme luxury here, but also eccentricity and irony. The images are joyful, with many eye-catching details,” ranging from the powerful blooms and maxi checks to the intricate textures. 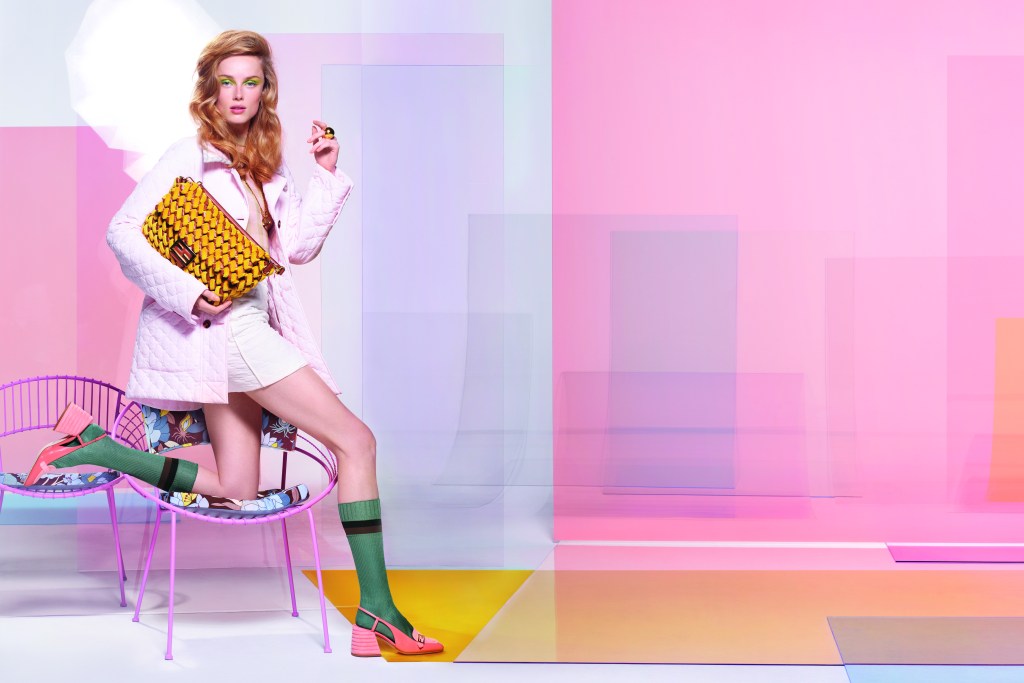 The campaign will debut in the February issues of international titles.