Investments to Weigh on LVMH

The luxury conglomerate said margins in its fashion and leather goods division came under pressure in the first half. 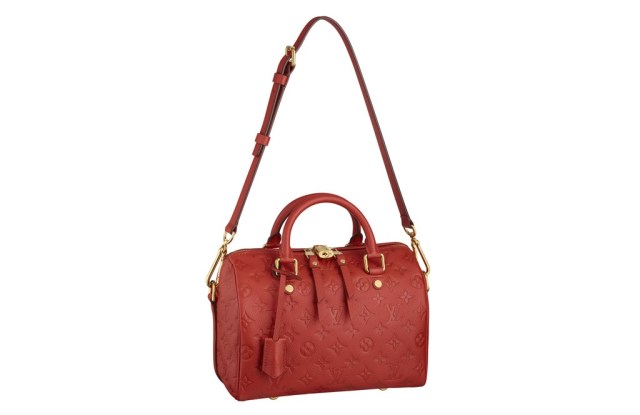 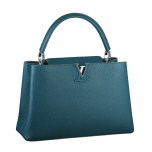 The luxury conglomerate said margins in its fashion and leather goods division came under pressure in the first half as a slight improvement in the profitability of its cash-cow Louis Vuitton brand was outweighed by ongoing investments in smaller brands such as Céline, Fendi and Berluti.

And Jean-Jacques Guiony, chief financial officer of LVMH, warned the situation would last for another 18 months.

“The bulk of this year and next year will be devoted to significant investments in these brands, which means higher capital and a little bit of pressure on profitability, as you’ve seen in the first half of this year,” he said in a conference call with analysts on Friday.

LVMH — whose stable of brands also includes Bulgari, Givenchy, Dom Perignon, Sephora and Guerlain — reported that net profits fell 6.2 percent in the first half to 1.58 billion euros, or $2.07 billion, on sales that rose 5.6 percent to 13.70 billion euros, or $17.98 billion.

LVMH shares rose 3.6 percent to 135.05 euros, or $178.46, on the Paris stock exchange on Friday following the release of the figures after Thursday’s close.

Analysts cheered the improved performance of the fashion and leather goods division, which posted sales growth of 2 percent in the second quarter, compared with an increase of 0.4 percent in the first three months of the year.

Guiony said the overall picture remained broadly unchanged from the first quarter, with flat sales in Asia, mid-single-digit growth in the U.S. and double-digit increases in Japan and Europe.

The group has undertaken a wide-ranging effort to upgrade the perception of Louis Vuitton, famed for its monogram canvas, by opening fewer stores and introducing more leather bags into its product mix.

LVMH reported that while Louis Vuitton grew below the average rate for the fashion and leather goods division in the first half, Céline, Kenzo, Givenchy and Berluti generated double-digit increases.

Guiony said the group was “more or less happy” with the price architecture at Louis Vuitton, noting that the brand had implemented “very significant” price increases in Japan to compensate for the continued weakness of the yen, which depreciated by 18 percent against the euro in the first six months of 2013.

The operating margin in the fashion and leather goods segment fell to 32 percent in the first half from 33 percent during the same period last year, reflecting ongoing investments, including accelerated store expansion for brands such as Berluti, which is set to open a second Maison in New York City by year-end.

“All these brands are doing extremely well from a top-line viewpoint, but are in a phase of expanding their network, which is always a costly exercise, particularly when you have to sign leases, pay rents, and you have not opened your store yet,” noted Guiony.

Operating investments rose by 137 million euros, or $180 million, in the first half of this year versus the corresponding period last year. All figures have been converted at average exchange rates for the periods to which they refer.

Antoine Belge, head of consumer brands and retail equity research, Europe, at HSBC in Paris, called the size of the investments “surprisingly high,” noting that margins already took a hit of 100 basis points in the first half of 2012 due to “factors affecting Berluti, Donna Karan and Fendi.”

LVMH’s net profits were dented by a negative comparison with the first half of 2012, when it earned an exceptional dividend on its shares in Hermès International. Excluding this effect, net profits would have risen 1 percent, Guiony said.

LVMH raised its stake in the maker of Birkin bags and silk scarves to 23.1 percent as of June 30, from 22.6 percent as of Dec. 30. “It was an opportunistic move. It doesn’t say anything about our attitude in the future, so you cannot extrapolate that for the rest of the year,” Guiony said.

The move will likely stoke the ongoing battle between the luxury powerhouses, who are embroiled in a series of court cases.

LVMH surprised markets in October 2010 by announcing it had bought a 17.1 percent stake in Hermès in 2010 via cash-settled equity swaps that allowed it to circumvent market regulations requiring firms to declare share purchases.

Executives at the family-controlled Hermès have repeatedly urged LVMH to reduce its shareholding. Bernard Arnault, the conglomerate’s chairman and chief executive officer, earlier this year said LVMH had acquired its Hermès stake “unexpectedly” and reiterated that his intentions were peaceful.

Guiony said LVMH had no intention of selling its Hermès shares. “There is no particular need on our side to monetize this shareholding in order to fuel the growth of our other business, and to be frank, we are pretty pleased with the performance of the Hermès business,” he said.

LVMH said operating profits in the six months improved 5.3 percent to 2.67 billion euros, or $3.51 billion. The group’s operating margin fell to 20 percent from 21 percent during the same period a year earlier, reflecting the dilutive effect of the integration since the end of 2012 of three major Hong Kong airport concessions.

Their contribution boosted selective retailing’s share of group revenues in the first half to 31 percent, up three points. Meanwhile, fashion and leather goods decreased its stake by two points to 34 percent.

The selective retailing segment saw sales jump 18.4 percent in the second quarter, boosted by continued revenue growth at Sephora worldwide and a strong performance by travel retailer DFS, as Chinese tourism boosted business, particularly at its stores in Hong Kong and Macao.

With revenues up 5.3 percent in the second quarter, the perfumes and cosmetics group benefited from “considerable” revenue growth in the U.S. and Asia, particularly in China, and a strong showing by its Guerlain and Benefit brands.

However, sales of watches and jewelry were down 3.8 percent during the quarter, as multibrand retailers continued to lighten their inventories.

“Despite a tough comparison base, most of our businesses show a good momentum. Likewise, all our geographies have an equal or better performance in Q2 compared to Q1,” Guiony said.

But the executive cautioned that currency fluctuations posed a risk to second-half prospects for the group. “Economic and currency environments remain as difficult as ever. We expect economic conditions to improve somewhat until the end of the year, but we hope currencies will not wipe this out,” he said.

“Retail activities performed remarkably well, growing 17 percent…thanks in part to the success of leather goods as well as men’s and women’s ready-to-wear,” the firm said.