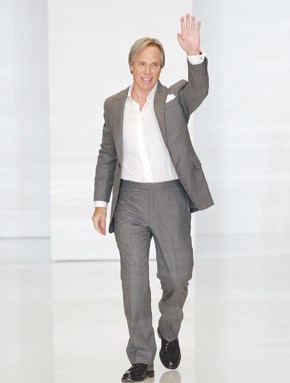 LONDON — Despite a sagging stock market and a slowdown at retail on both sides of the Atlantic, 2008 is shaping up to be the year of the fashion initial public offering.

Tommy Hilfiger Group may well be the first to take the plunge, with industry sources saying its planned IPO is on track for the first half of the year. Hilfiger is expected to be followed by Prada, which, if it goes ahead this time, will likely wait until the second half. Ferragamo also has unveiled plans to go public this year, and is expected to elaborate on them later this month.

Industry sources here said Hilfiger’s IPO is on track to take place on Euronext, the pan-European stock exchange that counts LVMH Moët Hennessy Louis Vuitton, PPR, Hermès, Christian Dior and Clarins among its listed companies. The flotation is expected to value the American sportswear company at $3 billion to $4 billion.

And Hilfiger, which is owned by the U.K.-based equity fund Apax Partners, has been rapidly getting its house in order in advance of going public. First, last October, it inked a major deal with Macy’s Inc., which will be the exclusive retailer of Tommy Hilfiger sportswear in the U.S. beginning this fall.

In another major move, the company today is expected to reveal plans to purchase a majority stake in its Japanese licensee, Tommy Hilfiger Japan Corp., according to industry sources. A source here said the buyback was in line with the company’s overall strategy of purchasing licensees, and tightening its hold on brand management and image.

A Hilfiger spokesman declined to comment both on the deal and its potential impact on the company’s planned IPO.

Tommy Hilfiger Japan Corp., established in 1996, is currently owned by Itochu Corp., which will continue to hold a minority share. The terms of the deal could not be learned. The company currently has more than 100 freestanding stores in Japan and 60 department store concessions. It has net annual sales of about $130 million.

Although the Tommy Hilfiger brand has been working to reposition itself in the U.S., its image and positioning both in Europe and Asia are at a higher end of the retail scale.

“There is a big difference, and disconnect, between how Tommy Hilfiger is perceived in the U.S. versus Europe,” said Pierre Mallevays, the founder and managing partner of Savigny Partners LLP, a luxury goods advisory and mergers and acquisitions firm in London. “Europeans talk about Tommy Hilfiger in the same breath as they do Gant, which also has a higher positioning than in the U.S. They are both seen as medium- to high-end sportswear and lifestyle labels.”

(Ironically, Gant also could see a change in its ownership this year: Maus Frères SA, the Swiss retail group that owns Lacoste, continues to consolidate its stake in Gant after last month launching a 5.2 billion kronor, or $809.3 million at current exchange, hostile bid for the Swedish sportswear firm, which was promptly rejected by a majority of Gant shareholders. Maus now owns 23.7 percent of Gant.)

Mallevays added that Hilfiger’s brand penetration is not high in Europe, and that the brand has “room to grow in Europe and eastward into Asia.”

Outside the U.S., the brand is behaving like a high-end fashion label. Its Paris unit is located on the Rue Saint-Honoré, while its London flagship stands on a newly refurbished strip of Regent Street, near Brooks Brothers, Aquascutum and Burberry.

In an interview in late 2006, Hilfiger told WWD he considered his competition in London to be Burberry, Brooks Bros. and Ralph Lauren. In Europe, the brand has wholesale accounts at department stores including Galeries Lafayette in France, El Corte Ingles in Spain, La Rinascente in Italy and Bijnekorf in the Netherlands.

Financial analysts say a valuation of Hilfiger of $3 billion to $4 billion would be a reasonable price range, depending on the company’s current earnings before interest, taxes, depreciation and amortization.

The sources also said that Euronext, a pan-European exchange, is a logical place for the company to list, since Tommy Hilfiger Europe B.V. is registered in Amsterdam.

Euronext has bases in Amsterdam, Brussels, Lisbon, Paris and London. It was created in September 2000, when the exchanges in Amsterdam, Paris and Brussels merged to form Euronext NV, which is headed by a Dutch holding company, to create a cross-Europe exchange. Last April, the New York Stock Exchange Group acquired Euronext for about $10 billion, and the group is now known as NYSE Euronext.

According to NYSE Euronext, the combined exchanges represent a value of $30.3 trillion in total market capitalization of their listed companies, and have an average daily trading value of about $139 billion.

A statement released by Euronext earlier this week said the exchange had a banner year in 2007. Its European markets saw a 47.6 percent rise in equity transactions in 2007 to 309 million, compared with the previous year, representing a turnover of nearly $5 billion. The company added that 140 new companies were listed on Euronext’s European markets in 2007, and that $14 billion was raised in connection with these new listings.