The exhibition at the High Museum of Art through May 15 marks the designer's first solo show in the U.S., as well as the High’s foray into fashion. 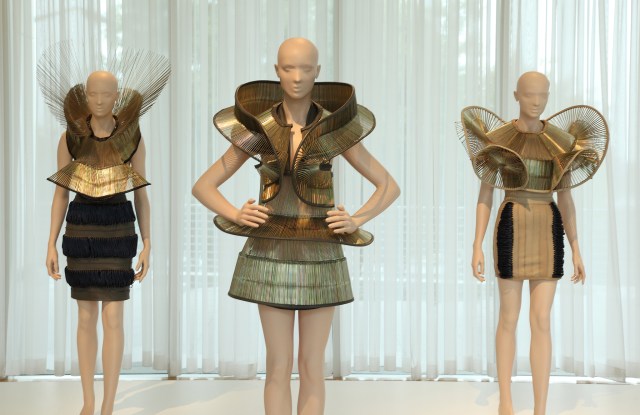 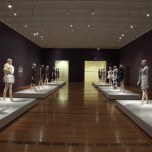 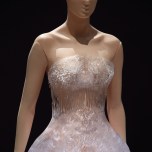 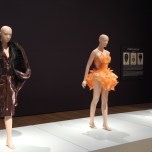 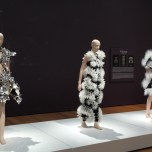 “Iris van Herpen: Transforming Fashion,” an exhibition on view at the High Museum of Art in Atlanta, through May 15 marks the designer’s first solo show in the U.S., as well as the High’s foray into fashion.

“We’d been interested in fashion but wanted something more than thematic that shows the narrative of the work and the designer’s evolution and process,” said Sarah Schleuning, curator of decorative arts and design. Her co-curators for the exhibit — Mark Wilson, chief curator for the Groninger Museum in the Netherlands, and Sue-an van der Zijpp, the Groninger’s curator of contemporary art — had laid the groundwork for the Atlanta show with their solo exhibition about van Herpen in 2012. “The luxury of having their original exhibit’s 27 pieces allowed us to focus on new aspects like the book and video,” said Schleuning.

Displayed chronologically from 2008 to 2015 throughout a few floors, the exhibit adds 18 haute couture pieces dating from where the Groninger left off and premieres the aluminum “particle” dress from the 2015 short film “Spatial Reverse.” The High acquired two dresses in the show, including the “ice” dress, a strapless bubble mini-dress that snaps together like a child’s toy, from the Magnetic Motion collection for spring 2015. Its transparent photopolymer sterolithography resin represents a giant leap in 3D-printing technology, according to van Herpen, who sent the first-ever 3D-printed garment down the runway for her 2010 Crystallization collection.

“To get the look of water splashing over the body before, I had to heat transparent PET [polyethylene terephthalate] and mold it by hand with pliers,” she said, while attending the preview earlier this month. “The ice dress is the first time the technology was there, so you can see that the difference between 2010 and 2014 is a big deal.”

As a visionary designer, she’s had to practice extreme patience until the world caught up with her. (The exhibit video’s takeaway may be that she grew up without television and magazines.) When the fashion industry was buzzing about digital printing, she was implementing the next frontier with architects over Skype, no less.

“People say my clothes look futuristic, but, no, they are of the present. It’s actually reality,” she said.