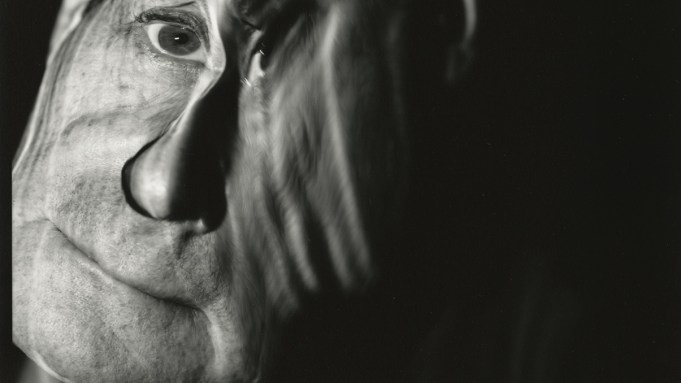 Irving Penn’s prolific editorial photographs for Vogue and advertising work for Clinique and Issey Miyake are iconic. But the famed photographer almost always had a camera in hand to document his personal life and travels. It’s those photos that will be on display at Pace/MacGill Gallery in Manhattan from Friday in an exhibition called “Irving Penn: Personal Work.”

“It’s illuminating to see, left to his own desires, what he did to fill out the matrix of his life’s work,” says Peter MacGill, president of the gallery, which two years ago mounted an exhibition of Penn’s editorial and advertising work called “Irving Penn: On Assignment.” “If you combine our two exhibitions, it’s a killer retrospective.”

The 56 photos in the new exhibit include the dancer Alexandra Beller, still lifes of cigarette butts, animal skulls (which Penn called “cranium architecture”) from travels through Prague and misspelled signs from a road trip through the American South — these being the earliest images, shot in the Thirties and Forties. The show includes photos from then until 2007.

“Walking around various cities, he saw things that were interesting to him,” says MacGill, who worked with Penn from 1985 until his death in 2009. “So when he saw these signs, [that looked] like the typewriter was broken, he found them very charming and interesting and also a really good portrait of the time.”

MacGill was also struck by Penn’s discerning eye. “What’s incredible when you look at the contact sheets and you see that one roll of film, 12 pictures, was made in three cities,” he says. Penn wasn’t paid to shoot on his own of course and so “he shot prudently,” MacGill adds. “Commercial photographers, professional photographers, even when they were using film were notorious for shooting hundreds of pictures. Now with digital, it’s thousands of pictures.”

Still, the gallery had seven decades’ worth of images to sift through — and even though that task was daunting, MacGill admits it was hard to go wrong. “It’s sort of a curatorial lay up, when it’s Irving Penn,” says MacGill.