To celebrate Marant, the store is currently devoting all of its Madison Avenue windows to her in a collaboration with Barneys’ creative director Dennis Freedman and sculptor Arnold Goron, with whom Marant works on her own retail installations. 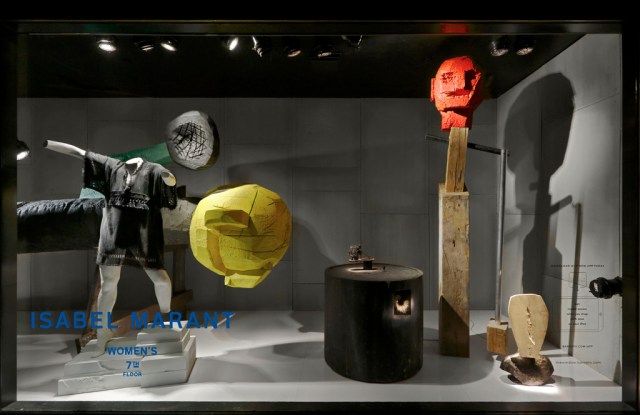 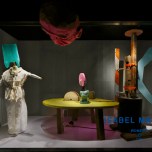 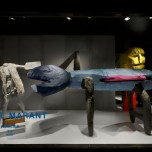 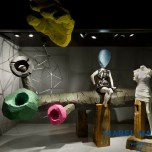 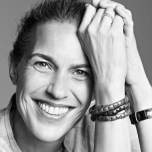 Isabel Marant has a clear memory of her first experience with Barneys New York. “It was 1996 or 1997. I came to do my first show in America,” the Paris-based designer said last week as the retailer put the finishing touches on windows dedicated to her spring line. “It was not my very first collection, but it was at my very beginning. I remember this perfectly because I was trying on the clothes for Terence [Bogan, former buyer for Co-op, who predates much of the current executive team]. We had a lot of fun.”

It took a few seasons for Barneys to actually place an order, but it did and now the store can’t get enough of her. In fact, Marant’s business has never been bigger or better with the retailer, according to Daniella Vitale, Barneys’ chief operating officer and senior executive vice president. “She’s so successful with us not only because of the aesthetic and the clothes and the spirit, but because it’s not available everywhere,” said Vitale. “She has very few of her own stores and that’s what makes it covetable to us. It’s harder and harder to find things like that.”

To celebrate Marant, the store is currently devoting all of its Madison Avenue windows to her in a collaboration with Barneys’ creative director Dennis Freedman and sculptor Arnold Goron, with whom Marant works on her own retail installations. She’s doing an in-store appearance and Barneys’ chief executive officer Mark Lee is hosting a dinner for her at his home on April 9. It’s a distinction reserved for brands with which Barneys does brisk business. Dries Van Noten was the last designer to receive a reception at Lee’s house.

Marant doesn’t visit New York often, and when she does it’s usually to shoot her campaign with Inez van Lamsweerde and Vinoodh Matadin, which is on the books for this trip, along with Barneys and not much else. “I’m afraid I’m not going to have much time to do things by myself,” she said of her stay in the city.

The designer likes to keep a low profile, at least philosophically. She’s been in business for more than 20 years, something of a best-kept French fashion secret until about five or six years ago. Marant started working with an agent in the U.S., which made her collection more visible at retail, and opened her first store in New York in 2010 and Los Angeles in 2013. (Two more are slated, for San Francisco and Miami.) Then there was the wedge sneaker phenomenon and an H&M collaboration that sent her popularity skyrocketing. Industry insiders see her as a brand with major growth potential. “People are still discovering her — otherwise her business wouldn’t be growing at this level, which is nice and very rare,” said Vitale.

Yet Marant is currently content to keep things steady and on her own terms. “I’m very happy about being independent, being sold in the nicest department stores all over the world,” she said. “But my aim with my label is not to be on all the corners. I would like to keep a certain confidentiality even if it’s not, really. I think when things become too much it becomes a bit disgusting.”

Having a flagship in key cities and maybe a fragrance or a handbag launch down the line are possibilities, but on the back burner for now, as is the idea of selling a stake in her company to a major investor. “It’s not our next step for sure,” she said of taking on a partner. “I’m not saying no because I never know what’s going to happen.”

That should come as good news to her very loyal tribe, as Marant herself is the filter for her collection’s creative direction. The very French mix of tomboy and flirt change course — one season surf and Elvis Presley, another French-Breton stripes and military — but her brand identity is rock solid. “You always have the [familiar] feeling because there is a real name and real person behind all the collections,” said Marant. “Any inspiration is always seen through my eyes.”