Isabella Fiore on the Comeback Trail

With a new owner and vision, Isabella Fiore is striving to regain leadership in the contemporary handbag market. 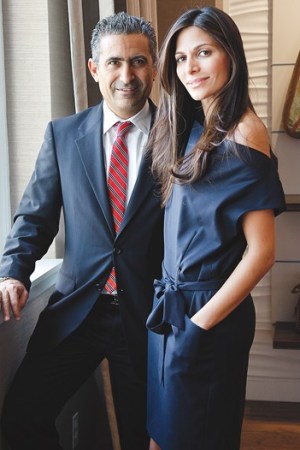 With a new owner and vision, Isabella Fiore is striving to regain leadership in the contemporary handbag market.

After plummeting from its height in 2006 of $35 million at wholesale to filing for bankruptcy just two years later, the brand is steering a new course chartered by Steve Russo, president and chief executive officer of Fab/Starpoint, which bought the firm from Accessory Design Holdings in May 2008. At the time of purchase, Russo thought Fiore needed a new design direction and that it had “lost its way.”

“There is a unique brand equity at Isabella Fiore, both during its great years and even in its years of financial difficulty,” Russo said. “The consumer never stopped loving this brand. So what we’ve been doing is taking an introspective diagnostic on where we needed to place our efforts and to figure out how to fix what was broken.”

Russo has spent the last year doing just that, making the changes he hopes will get the firm back on track to hit $12 million in wholesale volume for 2010. He closed the line’s Los Angeles headquarters, opened a showroom next to New York’s Bryant Park and brought in creative director Malini Murjani, who also designs a signature luxury bag line.

“I’ve been working at keeping the essence of the brand — its vintage, whimsical past, its use of color and embroidery — but making it up-to-date for the modern woman,” said Murjani. “I made more sophisticated lines. It’s still all about beautiful Italian leathers, but I incorporated more hardware, which is very much the focal point as opposed to an afterthought.”

Russo also lowered Fiore’s prices. Where the handbags once ranged from $695 to $895 at retail, Russo brought them down to $495 to $595. Given Fab/Starpoint’s roster of products, which include licensed children’s accessories from the Spider-Man and Hello Kitty franchises, Russo said he’s comfortable operating at lower price points.

“A year ago, the market dictated where we needed to be,” Russo said. “We looked at where we should retail and given my main company’s background in the volume price world, we realized we could leverage our relationship with factories and deliver the same product for a slightly lower price point at retail. That’s where we’re comfortable retailing today without sacrificing the integrity of the brand.”

At the same time, the firm is looking to be an entry point in luxury retail. Currently working with Bloomingdale’s, Henri Bendel and smaller specialty stores, Fiore once did significant business with Neiman Marcus and Saks Fifth Avenue. Russo has been keeping up communication with these retailers and expects to break back into “50 percent of the taste-making stores” by 2010.

But Russo has his work ahead of him. The market is in a different place than it was in 2006 and it will take time for Russo to refamiliarize the public with the Isabella Fiore brand, especially after it dallied in multiple trends over the last few seasons, including punk rock, tattooed styles and over-the-top Bohemian patterns.

“This is not something that can materialize overnight, especially in this particular economy where handbag brands are not the most popular item for people to buy when everyone is so conscious of money,” said Suzanne Hader, principal at 400Twin, a New York-based consulting firm. “I don’t know if there is an audience waiting for Isabella Fiore to come back, but I do think there is brand equity there, obviously name recognition.”

Russo said he is also considering collaborative — not licensed — partnerships, but for now is focusing on the handbag business.