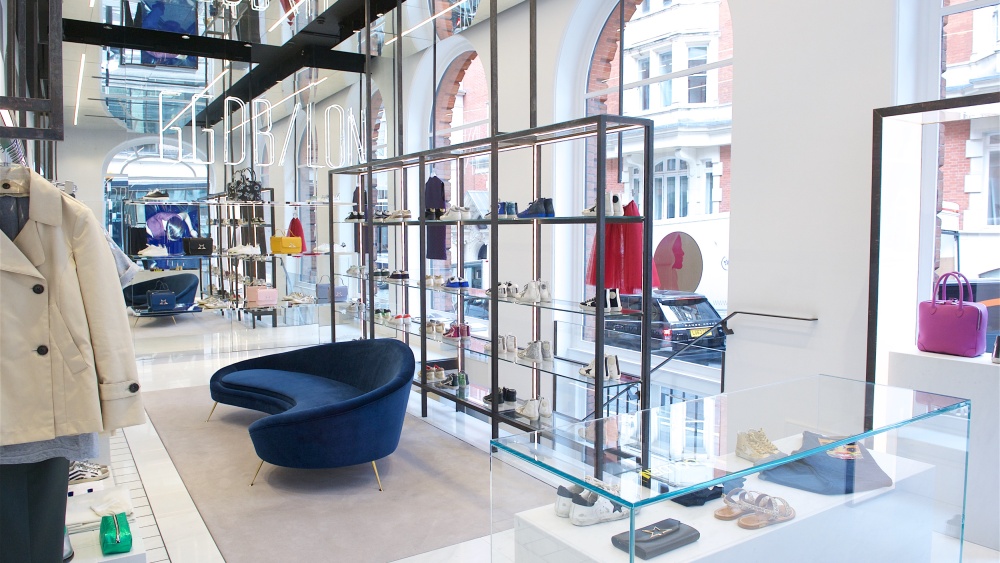 LONDON – Golden Goose Deluxe Brand has opened its first store in the U.K., on Dover Street in London’s Mayfair.

The London launch is one in a series of recent store openings in cities including New York, Tokyo, Seoul, Milan and Paris.

Known for its roughed-up, patchwork leather sneakers with built-in platforms, the brand is carried by retailers including Browns, Selfridges, Harvey Nichols, Matchesfashion.com and Net-a-porter.

This year, the brand is set to post revenues north of 100 million euros, or $113 million at current exchange, 32 percent higher than last year. It sells in 40 countries and counts 22 flagship stores, 12 of which are directly owned.

The Venetian brand was founded by the designers Alessandra Gallo and Francesca Rinaldo, but only began expanding internationally in 2013 after it was purchased by the private equity firm Style Capital, of which Benaglia is ceo.

It spans two floors, and stocks the women’s and children’s collections, as well as the men’s wear range, Haus by Golden Goose.

The space has a minimalist decor that offsets the brand’s most colorful pieces such as green metallic leather biker jackets, red tulle skirts, glitter brogues and backpacks and low-slung sneakers. The latter come with glitter finishes, studs and oversized crystals for spring.

Benaglia said that while the flagships’ design is more or less the same in every city, each store stocks special pieces.

“We always try to give a local touch. In this case, the London store features a white marble box, an antique mirror from Venice and a vintage British sofa from the Fifties. These elements link the brand’s Venetian origin with a strong British element,” said Benaglia.

The store had a soft launch at the beginning of March and will mark the opening with an event during London Collections: Men, which wraps up June 13.