Slated to run July 14 to 17, it will showcase spring/summer 2021 men's collection's and women's and men's pre-collections.

MILAN — From MFW to MDFW.

Milan will have its first digital fashion week, which is slated to run July 14 to 17. It will showcase spring-summer 2021 men’s collection’s together with women’s and men’s pre-collections for next spring. Organized by the Camera Nazionale della Moda Italiana, it will be called Milano Digital Fashion Week.

“Our initial plan was to hold the event in mid-June, but having just restarted production, the timing didn’t work as the collections will be ready around the second week of July,” Carlo Capasa, president of the Camera, told WWD. The lockdown in Italy was gradually lifted starting May 4, allowing production, construction and business-to-business commerce to restart.

Capasa said MDFW will allow brands, regulated by an official calendar, to each offer “different contributions and formats, whether a film, a show behind closed doors, backstage images of an ad campaign shoot or interviews. Each will be able to decide depending on its own structure and organization — some will show pre-women’s, other pre- men’s or [spring 2021] men’s. This is part of the changes in the industry that the virus has accelerated. We as the Camera are providing a container.”

Established brands will be part of the event, including the Ermenegildo Zegna Group, which, as reported, will present its spring-summer 2021 collection in July in a new “phygital” format, as artistic director Alessandro Sartori said showing in September would be too late to be able to deliver the clothes in December or January. In addition, to support young brands, clearly a pressing issue at this moment, the Camera will be funding the production of digital content for emerging labels. 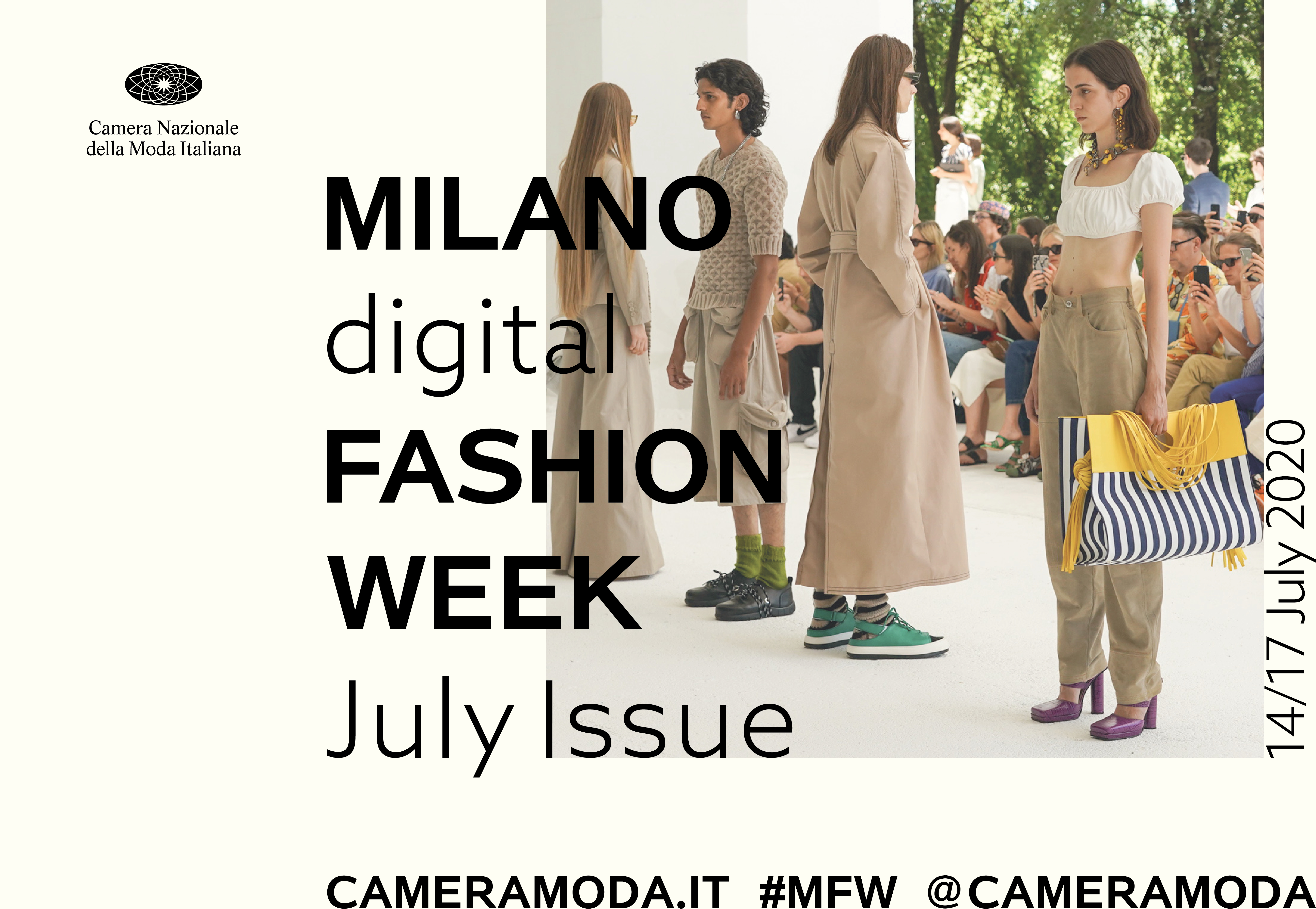 As reported at the end of March, in light of the coronavirus pandemic, the Camera said the spring 2021 men’s shows and presentations slated for June 19 to 23 would run in September during Milan Fashion Week women’s, which is expected to start on Sept. 22 and end on Sept. 28.

Capasa said the above has not changed, adding that perhaps brands that show digitally in July could also choose to show physically in September.

“We have given freedom to each brand to decide and this is a sign of the times. It’s very difficult today to set a fixed strategy,” he noted, referring to uncertainties connected to the pandemic.

In Italy, Prime Minister Giuseppe Conte has warned citizens that if the curve of the infections picks up once again after two weeks since lifting the lockdown, another could ensue. That said, Capasa observed that the Camera is still aiming to hold physical runway shows in September, but at the same time supported by a strong digital component, mirroring the “China we are with you” project launched in February, which allowed more than 25 million users to virtually follow Milan Fashion Week in China. “In September, this will be opened up to other countries,” said Capasa.

Asked to elaborate on the September edition, Capasa said “there will be physical moments, but it’s difficult to say how. It depends on whether people will be able to travel. There could be smaller shows with fewer people. Everything is more fluid and there are no precise rules.” He underscored the importance of “connecting with the audience, not only business-to-business but also business-to-consumer. Each brand must find the best way to talk with its community. People are still sniffing the air to see how things go and it was important for us to convey the message that fashion has not stopped.”

Capasa noted that MDFW was also “important in bringing together for the first time a section dedicated exclusively to supporting showrooms and buyers,” and that the format would enhance the content to “convey emotions,” rather that the more technical aspects connected to the selling experience.

Last month, following the cancellation of London Fashion Week Men’s in June, the British Fashion Council announced its plans to merge its women’s and men’s wear showcases into one “gender-neutral platform,” starting with a three-day digital showcase on June 12.

Asked about this development, Capasa said the Camera continues to work with the New York, Paris and London fashion bodies and that the latter succeeded in keeping the shows’ original dates, while a late restart of production here prevented Italian brands from also presenting in June. As reported, the Fédération Haute Couture et de la Mode has canceled Paris Fashion Week Men’s and the Paris Couture scheduled for late June and early July, respectively, and the Council of Fashion Designers of America said New York Fashion Week resort 2021 would be canceled, and New York Fashion Week: Men’s, originally slated for June, was postponed.

MDFW will also feature webinars, live streaming of keynote addresses by important figures in the fashion system, and moments of entertainment and live performances.

The event will be available on the digital channels of Camera Nazionale della Moda Italiana (cameramoda.it; Instagram; Twitter; Facebook; Linkedin; Weibo; YouTube). “The association is also implementing a network of wide-reaching web platforms, as well as collaborating with major newspapers and magazines, social media and influencers to amplify the content,” said Capasa.

In accordance with Giorgio Armani, who as reported wrote an open letter to WWD to reiterate his belief in collections in sync with the seasons and with longer shelf-life, Capasa believes customers will buy in a more conscious and sustainable way and that brands will likely produce smaller collections “more respectful of the seasons.” Impacted by the delays in production, the fall collections will hardly be in stores before early September, he said, and this is “a big change, one of the many we must get used to.”

The Italian government is expected to present its May Decree this week, with additional funds to help companies and families hit by the pandemic. Capasa said the fashion industry has presented 14 additional requests to support small and micro-sized companies, including access to credit to guarantee continuity. “We can’t lose parts of the pipeline that can’t be replaced,” he said.