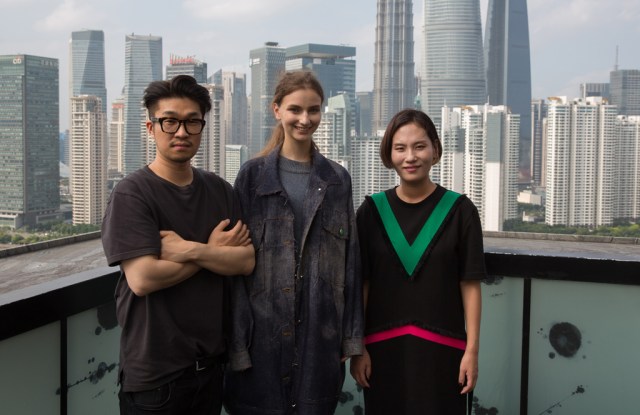 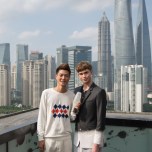 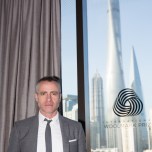 Munsoo Kwon and J Koo were voted best men’s wear and women’s wear designers, respectively, at an event hosted by the boutique Hotel Indigo on The Bund.

The prize, established in 2011, is a reincarnation of an award first launched by the International Wool Secretariat in the Fifties. The decision to hold this year’s event in Shanghai for the first time reflected the significance of the Chinese consumer market to the Australian wool brand, which ships around 89 percent of its wool to China each year.

“We’ve been using wool for many seasons but never in this way. This was a totally different approach. It was exciting but very experimental,” said Choi, whose female design partner Koo studied at the Central Saint Martins, University of the Arts in London.

The pair were inspired by photographs taken during the American Gold Rush-era, in which female mine workers sported oversize jackets and trousers tied at the ankles.

Munsoo Kwon, also from Seoul, impressed the panel with his reconstruction of a wool suit in monochrome ombré. The design concept was a “foggy city,” which reflected opposing elements in harmony, white and black, as well as androgyny.

Kwon gained experience working at Robert Geller, Helmut Lang and Thom Browne in New York, before moving to Andrew Buckler as a designer, and finally launching his own label.

“He definitely achieved this on his own, he is very clear in what he wants to do,” said Browne of his former protégé, adding. “Korea really appreciates fashion. I think that is what Korea is really good at, adapting what is on the street. In Japan, they are the masters at conceptual design.”

Organizers said Woolmark this year had taken on two new retail partners, 10 Corso Como, Asia, and Boutique 1 in the United Arab Emirates. The brands will become part of a global distribution network slated to stock the collection of the winning designers early in the new year.

“The contemporary urban market is really important for us; it’s a growing market. They presented it brilliantly,” said Grace, referring to the street style of the designers, especially J Koo. “Understanding your customer is so key to success. Th others were so creative and beautiful. We are very pleased.”

Both winners will receive 50,000 Australian dollars, or nearly $37,000 at current exchange rate, plus the opportunity to represent Asia in the international final. The final of the men’s wear category will be held in Florence in January, and the women’s wear final will be in New York in February.

The overall winners will be awarded 100,000 Australian dollars, or about $74,000, and the opportunity to be sold in some of the world’s biggest retailers, including Harvey Nichols, London; 10 Corso Como, Milan, Beijing and Shanghai; Saks Fifth Avenue, New York; Joyce, Hong Kong; Boutique 1, Dubai; David Jones in Australia; Matchesfashion.com, and Mytheresa.com.