At the launch Tuesday, the designer discussed the influence of the city on his work. 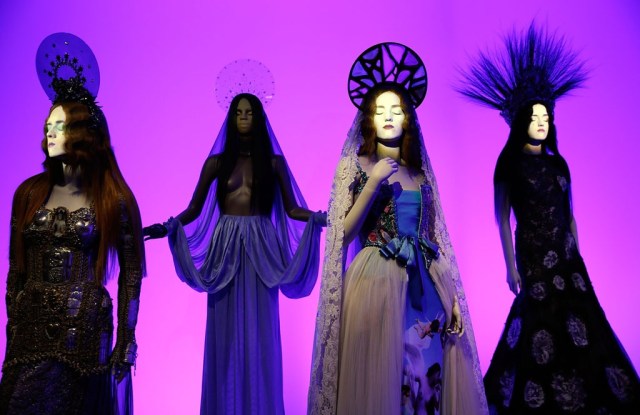 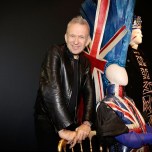 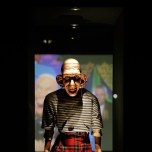 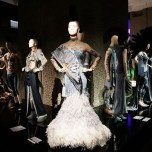 During a lively Q&A with the exhibition’s curator, Thierry-Maxime Loriot, at the Barbican’s theater, Gaultier recalled how London and its street style helped shape his aesthetic. “I’ve had a special relationship with England for a long time — it’s true that in part of my work, there is a lot of London,” said Gaultier. “The energy and the eccentricity is very unique — maybe because it’s an island,” he mused. Gaultier noted that on one of his many visits to London in the Seventies, Barbara Hulanicki’s Biba boutique had a major impact. “For me, it was like a dream, it was like a big department store of the Thirties was coming alive,” he said. He also said the colorful characters he’d see walking around London’s Portobello Road were an inspiration: “All the people that were dressed completely differently, and so assuming to be characters and being different and beautiful — it was all that that made me love London,” he said.

The 165-piece exhibition takes the same theatrical approach in London as it has during its stops in New York, Dallas, San Francisco and the Montreal Museum of Fine Arts, where the show originated. Mannequins wearing Gaultier’s haute couture and ready-to-wear creations — such as intricately crafted lace dresses from his Virgin Mary-inspired spring 2007 couture collection — have animated faces, which blink, glance around at visitors and speak every so often. The exhibition’s director and chief curator, Nathalie Bondil of the Montreal Museum of Fine Arts, said the mannequins are animated as Gaultier “wanted to pay tribute to human beings — to people who inspired him so much,” she said. “It’s not only magical, but very meaningful.” Gaultier said the mannequins came from his desire that models could show more of their personality as they walked the runway: “I wanted sometimes for the girls to speak during the show — not to be a robot, but to express themselves,” he said.

The show has been expanded for London, the Barbican said, with a larger section on Gaultier’s muses, which spotlights mannequins dressed in Gaultier creations that Naomi Campbell, Kate Moss, Erin O’Connor and Beth Ditto have all worn, including the corset stitched with garlands of tulle flowers that the latter wore when she walked in Gaultier’s spring 2011 show.

Hairstylist Odile Gilbert has also crafted new standout headpieces for some of the mannequins, such as a one-meter-high Union Jack Mohawk, which sits atop a mannequin wearing a punkish, shiny Union Jack gilet and silk skirt, from the designer’s fall collection. Also on display is the caricature puppet of Gaultier that featured in the satirical U.K. television show “Spitting Image.” Gaultier became a household name in England thanks to his early Nineties stint as a cohost on “Eurotrash,” a madcap show that took a sidelong look at low-brow culture across the Continent.

At the launch, Gaultier noted that he continues to look outside the confines of the fashion world for inspiration. “I think that truly it’s always more interesting and more inspiring to look at people who are not in fashion,” he said. “People that are young and free spirits — it’s more inspiring because there’s more freedom in it, they have nothing to lose. It’s true that fashion [of] the street has been my main inspiration, especially the one of London.”

The exhibition runs through Aug. 25 in London. As reported, come April 2015, the show will travel to the Grand Palais in Paris for a four-month residency.