The exhibition, at Sydney's Powerhouse Museum, is the first major survey of the work of Jackson and Kee, who put Australia on the international fashion radar in the Seventies. 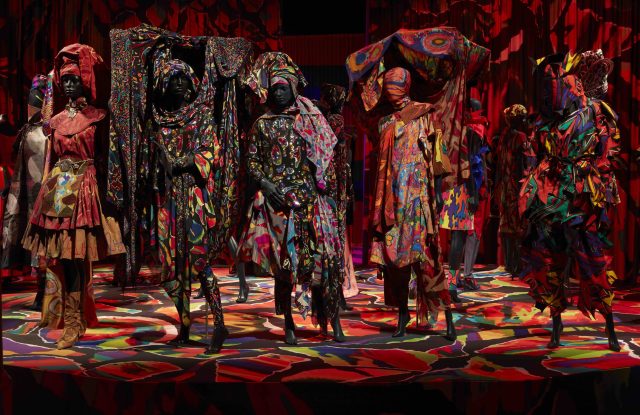 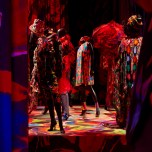 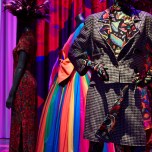 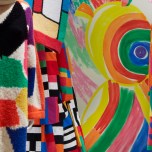 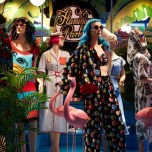 Running from Thursday through March 22, “Jenny Kee and Linda Jackson: Step Into Paradise” is the first major survey of the work of Kee and Jackson, whose Flamingo Park partnership helped put Australia on the international fashion radar in the late Seventies.

Kee opened the boutique in Sydney’s Victorian-era Strand Arcade in August 1973, having just returned from seven years in London. Six of those were spent assisting Australian vintage clothing dealer Vern Lambert at his Chelsea Antique Market stall, which counted The Beatles, The Rolling Stones, Jimi Hendrix and key European fashion players among its patrons.

Hoping to re-create some of that Chelsea flea market magic, Kee filled her boutique with vintage and contemporary clothing and Fifties retro kitsch memorabilia. She named it Flamingo Park after a painting by her former husband, the late Australian artist Michael Ramsden.

To entice shoppers, Kee hung a sign outside the front door inscribed with the words “Step Into Paradise.” Shortly after the boutique opened, she was joined by Jackson in the business.

Flamingo Park became a vibrant addition to Sydney’s retail landscape. David Bowie, Sophia Loren and Lauren Bacall were among the many celebrities who stopped by to peruse the boutique’s eclectic and Australian-infused offerings, which included Kee’s hand knits and Jackson’s silk taffeta dresses and coats. The work of both designers was heavily inspired by Australia’s native flora and fauna and also urban landmarks such as the brand new Sydney Opera House, which opened two months after Flamingo Park.

“Their story isn’t just a fashion story,” Jones said. “Australian designers have been looking at the natural environment here for centuries and drawing inspiration from it. But they’re the first to really explore Australia’s natural environment and to make it one of their primary and ongoing sources of inspiration. They’re unique.”

Among the exhibition’s 12 themed areas is a re-creation of the boutique itself, with another space dedicated to knits and prints, including one of Kee’s well-known koala-emblazoned “Blinky” sweaters, a design made famous by Princess Diana in 1982 after images of her in one of the sweaters at a polo match outside London went around the world. A pair of Kee’s sweaters had been sent to Charles and Diana as a wedding present the year before by the daughter of the-then New South Wales Premier Neville Wran.

The show also includes an “Opal Room,” which is dedicated to Kee’s opal prints. Inspired by the multicolored Australian opal gemstone and printed by Italy’s Rainbow Fabrics in the early Eighties, thanks to introductions by Lambert, Kee’s Black Opal and White Opal prints were used throughout Karl Lagerfeld’s debut ready-to-wear collection for Chanel in 1983. The exhibition features a houndstooth Chanel suit lined with the Black Opal print from the collection.

Kee and Jackson went their separate ways in the early Eighties. In 1982, Jackson launched her Bush Couture label and began working with remote indigenous communities.

Flamingo Park closed in the early Nineties, with Kee continuing on with her art and silk scarves, conservation work and other projects, including designing costumes for the opening ceremony of the Sydney 2000 Summer Olympics. Several of the latter are included in the Powerhouse show.

Last year they were both appointed Officers of the Order of Australia on the Queen’s 2018 Birthday Honours List.

But Jackson and Kee credit a much younger Sydney fashion duo — Anna Plunkett and Luke Sales, who design the Romance Was Born label — for playing the biggest role in the revival of interest in their work.

Since 2012, Plunkett and Sales have collaborated with the duo on at least three occasions. Two entire Romance Was Born collections, presented at MBFWA and Paris Couture Week in 2015 and 2018, respectively, were directly inspired by Jackson and Kee. A number of these garments are included in the exhibition.

“I just love the magic that ‘Romance’ brings,” Kee said. “It feels like Linda and I, chapter 2.”