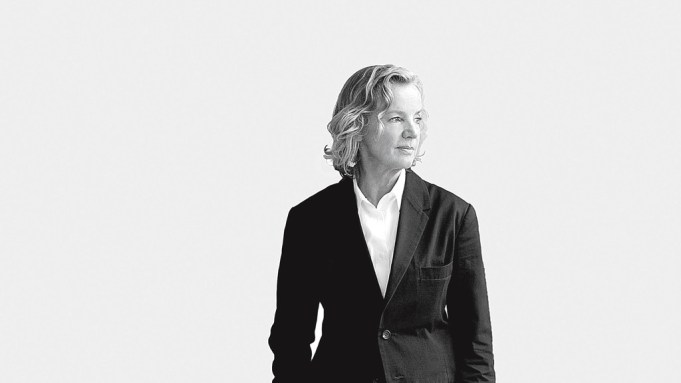 The revelation Thursday that the designer is stepping down from her brand for the third time left behind a trail of question marks. The Milan-based firm attributed Sander’s sudden exit to personal reasons — which is often a euphemism for being fired. Well-placed sources insisted that in this case the personal reasons are truly that and involve Sander’s longtime partner. No further details could be learned.

Sander’s last collection was for spring 2014 and the fall 2014 line will be designed by the brand’s in-house team that had been assembled by the designer.

Her decision to leave is momentous for the future of the brand, which is at a crossroads, according to industry sources.

One Milan-based retailer said the label “was picking up, with positive feedback for winter, a well-balanced and comprehensive collection that covered every category, from outerwear to pants. The only down side are the prices, but they reflect the high quality of the materials. Jil has always wanted the best.” The retailer also lamented a certain “rigidity in the requirements and management of orders.”

Tancrède de Lalun, general merchandise manager of women’s and men’s apparel at Printemps in Paris, said, “Jil Sander is a great house with a beautiful history, a distinctive style, a client base, an aesthetic and so forth. This remarriage could have been a beautiful story. It’s a shame it did not gel, but the house must not suffer as a result. I would make a distinction between the house and the individual.

“Successive changes in ownership and designer make for tough times in the life of a brand. In addition, it takes almost two years for any change in strategy to filter through to the consumer. This industry works on a long-term basis, so having this kind of turbulence in the short term does not help to foster the long-term viability of a house and the loyalty of its customers.

“What we can wish for the house now is to find a long-term strategy and stick to it.”

Christopher Everard, founder of strategic London-based headhunting office InterLife, said the company’s “aesthetic is still relevant, but the brand has been damaged by a low level of credibility in terms of expertise and vision. The level of commercial leadership during the Raf Simons tenure clearly did not match that of the creative vision, for example.”

One source said that brands such as Céline, or COS at a high-street level, have “appropriated the Jil Sander aesthetics and they are doing it better and at prices that are not as steep,” even going as far as saying that “the business is done. They may be able to prolong it for a few years, but it’s also going to be hard to recruit new talent. What if she wants to come back suddenly?”

Many in the industry believe Simons was disrespectfully treated at the time despite his contribution to the brand, said the source. “I never understood why that was allowed to happen and it showed poor management.”

Sander returned to her namesake brand in February 2012, and Simons was elbowed out after seven years as creative director.

Armando Branchini, deputy chairman of Milan consultancy InterCorporate, disagreed on the issue of the brand’s longevity. “It’s worth continuing to invest in the brand, which has a positive history,” he said. “It’s always been a niche label, but clean and of the highest quality, it deserves an investment in innovation.”

Branchini said the label is now detached from the designer. “It has a reputation that comes from the past, because Sander did not achieve a comparable success with her latest collections,” he said. “She had a distinctive voice, she was one of the inventors of rigorous understatement, but now it no longer has a unique value proposition.”

The company has been investing in expanding its foothold around the world, entering China with stores in Beijing and Shanghai this spring. Jil Sander’s main markets remain Germany, Austria and Switzerland. Earlier this year, chief executive officer Alessandro Cremonesi said that with Sander back on board, customer feedback was positive.

Armando Mammina, Milan-based marketing and strategic consultant, said Sander “may have found herself uneasy with the faster speed and more global dynamics of the business today, perhaps somewhat out of context.”

Mammina believes that the brand still reflects Simons’ identity and that management should aim to tap “a young, fresh designer, an emerging creative talent that has some newness to bring to the brand.” He pointed to Gabriele Colangelo as a potential candidate. “Simons developed a new mold, and Sander did not upturn it, nor did she further develop it. The company needs someone that could help expand the brand in new markets and tap into new moods, in Southeast Asia, for example,” said Mammina.

Justin O’Shea, buying director of German luxury e-tailer Mytheresa.com, said he was not surprised by the news. “There has been an ‘uneasy’ feeling within the brand since Simons left. This created a lot of speculation about the longevity of Ms. Sander.” However, O’Shea noted, “We actually had very positive summer 2013 sales results and fall is going OK. It is a much more classic Jil Sander identity, which focuses around luxury basics. It reached a different customer compared with the Raf collections.”

As to the brand’s future development, he commented, “Well, that is the big question. It’s hard to have such a quick succession of creative directors without any collateral damage. I love Jil Sander and I can only hope that they look very intensely and cleverly to find a successor who can [create] a new ‘life’ for this amazing brand.”

Mario Eimuth, ceo of Munich-based Stylebop.com said: “I do regret she’s moving on, especially as I saw how enthusiastic she was working with her team and how excited she was being back. She had so much energy, so she must have very serious personal reasons for doing this.”

The collection “has been selling very well for us, and I think the collection she delivered for spring-summer was amazing. I’m 100 percent sure there were no economic reasons for this, or disharmony between management and creative,” he noted. “She’s got a good team there, but the fact that they’re saying the team is taking over is an interim thing. It indicates they were very surprised.”

Last year, Sander returned to the house she founded in Hamburg, Germany, in 1968. She had been absent from it for eight years and this marked her third comeback with the label. The designer rose to fame in the Eighties and Nineties with her tailored basics crafted from luxurious fabrics. Sander sold 75 percent of her company to Prada Group in 1999, and made a highly publicized exit a year later. She was succeeded by Milan Vukmirovic, who did sporty disco flash until Sander returned in May 2003, only to split again 18 months later. After her second departure, the brand’s creative reins were handed over to its long-standing design team.

Prada tapped Simons as Sander’s new creative director in July 2005. He demonstrated an immediate affinity for women’s wear, making dresses a top-selling category at the brand and turning the show into one of the most anticipated and influential of each Milan season, both women’s and men’s wear.

It is no secret that Sander is a hands-on designer with a meticulous attention to detail, and one known to leave her studio in Hamburg late at night. She also has a reputation for being willful and headstrong. Sander famously clashed over creative control with Prada ceo Patrizio Bertelli when the Italian company owned her fashion house. The designer in 2011 also abruptly ended her collaboration with Uniqlo, a unit of Fast Retailing Co. Ltd., for the +J collection, which was launched in October 2009.

Sources in Milan say that, despite her frequent arm-wrestling with Sander ceo Cremonesi, the designer was not fired and she did not leave because of any bad blood.

While declining additional comments, Cremonesi said Tuesday: “On behalf of the group I want to thank Jil Sander for her remarkable contribution to the brand over this period. Her outstanding design and creative leadership have been crucial in reinforcing the brand and positioning it to foster further prosperous growth.”

In February 2012, many retailers and editors applauded Sander’s return, while others praised the departing Simons for moving the label forward.

At the time, company principals, while praising Simons’ contributions, said they expected Sander’s return to deliver a bump in sales — as was the case the last time she came back to the brand.

WWD described Sander’s spring 2013 women’s collection as “a laudable comeback,” and saw her in “stellar form” for fall 2013, presenting a “breathtaking” and “serene” collection. But for spring 2014, WWD said, “Numerous beautiful parts didn’t coalesce into the kind of clear, powerful statement that has always characterized her best collections.”