Is Jil Sander for sale again? 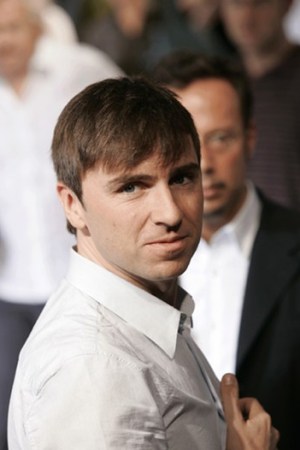 This story first appeared in the July 29, 2008 issue of WWD. Subscribe Today.

It could be if the price is right, according to industry insiders across Europe.

WWD has learned from a number of well-placed sources that Change Capital Partners, which acquired Jil Sander AG from Prada SpA for an undisclosed sum in February 2006, is considering exiting its investment and has been sounding out the market regarding potential interest.

The London-based private equity fund, which is backed by the Halley family and led by former Carrefour and Marks & Spencer chairman and current Vodafone and Société Générale board member Luc Vandevelde, is said to have grown tired of waiting for Jil Sander’s bottom line to match its critical acclaim. The family is said to be open to offers for the fashion company of at least 200 million euros, or $314 million at current exchange — double what the fund is believed to have paid Prada.

A valuation closer to 150 million euros, or $235.5 million, is thought to be more reasonable, given the current economic climate, according to industry experts.

“It’s a classic case of a brand, which is adored by the fashion press but which has a question mark over its financial success. They don’t always go hand in hand,” one source said.

A spokesman for Change Capital declined to comment on the speculation Monday, in line with company policy.

The company has yet to release net earnings — pending the costly delisting of the remaining 2 percent of its stock from the Frankfurt Bourse, which is expected to go through this week or next — although it is in line to just about break even, compared with net losses of 14.1 million euros, or $17.8 million at average exchange, in the previous fiscal year.

Jil Sander’s turnaround is seen widely as a case study in best practice, with chief executive officer Gian Giacomo Ferraris, chief financial officer Armin Mueller and Belgian designer Raf Simons credited with restoring to health a business that was losing in the region of 20 million euros annually. “It went from a company with no direction to a break-even operation with strong fashion identity,” one source said.

However, with the business at a crossroads and in light of the tough global economy, it would appear that Change Capital is weighing up whether to follow the lead of Texas Pacific Group, which sold Swiss fashion company Bally International to Labelux Group earlier this year, following a restructuring.

“It’s a very testing moment,” one source said. “[Jil Sander] is in an in-between phase. It’s trying to develop, but it’s still very much a question mark….Jil Sander needs additional capital to develop as it’s not very profitable at the moment. For that reason, Change Capital is looking around to see who could do the second leg.”

TPG acquired Bally in 1999, and developed it from a loss-making European high-end shoe and leather goods manufacturer into a global brand, which also offered ready-to-wear, bags and other leather goods, with double-digit growth in revenues and earnings in the last three years. TPG said in April it had reached an agreement to sell Bally to luxury goods holding company Labelux, which is owned by the Benckiser family, “to provide the company with the right guidance and resources for the next stage of expansion.”

The turnaround at Bally took longer than TPG originally expected, however, and it had tried for several years to sell the brand without success until Labelux acquired it.

Change Capital said at the time it acquired Jil Sander that it was gearing up for “a three- to five-year investment horizon” and that it was “planning for growth.”

“We think significant growth is possible for this brand, and it will continue to compete against the biggest names in the fashion business,” Change Capital managing director Steven Petrow told WWD in February 2006.

Jil Sander founded the company in 1975 and made it a benchmark label of the minimalist Nineties. Known for her uncompromising quality, intensive fabric research and quietly elegant designs, Sander sold her company to Prada in 1999, only to spar over strategy with Prada ceo Patrizio Bertelli. She exited the company five months after selling it, but reconciled with Bertelli three years later, only to leave one more time in 2004.