The openings of two pivotal flagships in China in April mark a shift in the firm’s distribution strategy. 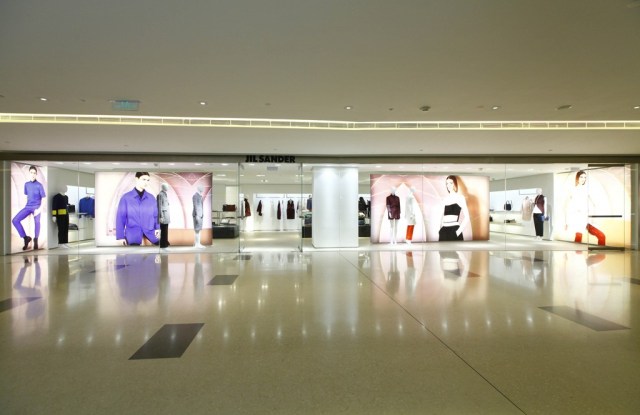 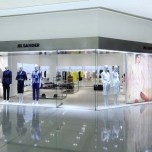 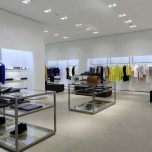 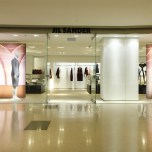 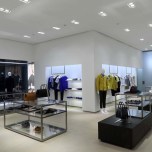 Fourteen months after the return of Jil Sander to her namesake company, the openings of two pivotal flagships in China in April mark a shift in the firm’s distribution strategy. With Sander back on board, customer feedback is positive, the firm is expanding globally and stores are being revamped, chief executive officer Alessandro Cremonesi told WWD.

“The product is the foundation of this business and our customers are happy,” said Cremonesi of Sander’s designs. This benefit can help offset a general gloomy outlook, especially in Europe.

With the exception of tourist cities in Europe, the continent is struggling, but Jil Sander’s main markets — Germany, Austria and Switzerland — are holding up, said the executive.

“The year 2013 is still very difficult. You can’t perceive a stable trend in any market, there are accelerations and then slowdowns and it’s difficult to believe there is a trend towards a stable improvement,” said Cremonesi, citing “global uncertainty. Also 2013 will be a difficult year for luxury and in general.”

But the company, controlled by Japan’s Onward Kashiyama Co. Ltd. since 2008, is investing in expanding its foothold around the world.

“We have entered China’s cultural and political heart with the opening of a store in Beijing and approached the country’s financial hub with a unit in Shanghai,” said Cremonesi, who defined China as “a young market” for the brand in terms of penetration. The country accounts for between 7 and 8 percent of total sales. “After an initial moment of euphoria, the Chinese are now more conscious of and attentive to quality and materials. This is an advantage for us, as shopping has become less about a brand or a logo. The region can bring good results,” forecast Cremonesi, who underscored that the company is opposed to “massive distribution” and is considering initially rolling out about 10 units between first- and second- tier cities.

While women’s wear generally accounts for 80 percent of revenues around the world, the category in China represents around 50 percent of sales in the region. “However, women’s wear in the area is showing gains,” noted Cremonesi.

Last year, group sales reached 110 million euros, or $140.8 million at average exchange, up 6.7 percent compared with 2011, and the year the company reached breakeven.

The firm is evolving the original Jil Sander store concept with a new focus on the accessories category. “We are very attentive to the development of accessories and the correct product presentation. We want to display them in the best possible way,” explained Cremonesi.

In Beijing, the new 2,160-square-foot boutique is located in the China World Mall Phase 1, while the Shanghai store, covering 1,944 square feet, is housed at the prestigious Citic Square. The units feature rigorous shapes, linear solutions and materials such as limestone, Macassar ebony wood, nickel-silver and water-white glass.

Dedicated shelving highlights the accessories range while freestanding furniture — chaises, tables and vitrines — can be arranged in different ways depending on the collection.

The company has a total of 66 boutiques, of which 34 are directly operated.

There are 15 doors in  Europe and three in North Europe; four in the U.S.; 24 in Japan; five in Mainland China, and 15 in the Asia-Pacific area, which includes Hong Kong, Macau, Taiwan, Singapore and South Korea.

Retail sales account for 50 percent of total revenues, but Cremonesi said the company is eyeing further retail expansion. “We are evaluating new openings in the U.S. and Europe,” he explained.

Cremonesi touted the “strong recovery potential” of the U.S., “despite the swings from euphoria to slowdowns” last year. “It reacts very quickly,” said the executive of the American market, which accounts for between 15 and 20 percent of total sales. He said the brand has “a strong presence” in America, and is available at main department stores from Bergdorf Goodman and Neiman Marcus to Saks Fifth Avenue and Nordstrom. In addition to a relocation of its store on Madison Avenue, a shop-in-shop at Neiman Marcus in Chicago is in the cards.

As for Japan, which accounts for 25 percent of Jil Sander sales, the executive said, “If the devaluation of the yen works and the economy recovers, Japan has the potential to become once again very relevant in the luxury arena, as it is a country that is predisposed to luxury goods.”

In February 2012, Sander returned to the Milan-based firm after an eight-year absence, marking her third comeback with the label. Sander, who succeeded Raf Simons, the brand’s creative director since 2005, founded her namesake house in Hamburg, Germany, in 1968. She sold 75 percent of her company to Prada Group in 1999, and made a highly publicized exit a year later. She returned in May 2003 but left again shortly afterward. The brand changed hands two more times during Simons’ tenure. Change Capital Partners acquired the brand from Prada in February 2006 and sold it to Onward two years later.