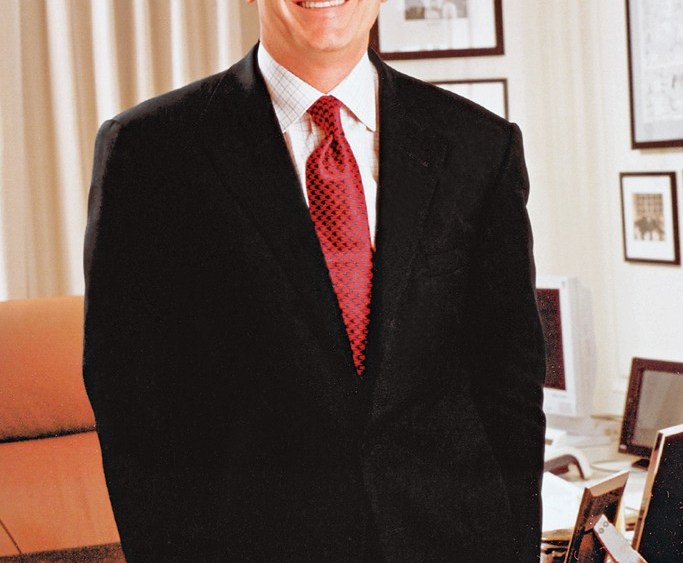 NEW YORK — Joel Horowitz, one of the architects of Tommy Hilfiger’s success, has joined Diane von Furstenberg as cochairman.

Industry sources said that Horowitz’s intention is to take a stake in the company, and that he was brought on board “to help professionalize” DVF. Given Horowitz’s track record, the goal could be an eventual initial public offering or outside investment.

Both founder Diane von Furstenberg and Horowitz, as cochairmen, will jointly oversee the board. Paula Sutter, who remains president, will continue to manage the day-to-day business and will report to the board.

With 35 years of experience in the apparel industry, Horowitz, 61, is widely credited in the building of Hilfiger into an international multichannel brand. He served as Hilfiger’s business partner and chief executive officer for 19 years, stepping down as ceo in 2003.

“I made a decision a long time ago to avoid joining any boards unless I could be actively involved in the company,” said Horowitz. “I’ve seen so many opportunities over the past few years, but none have shown as much potential or excited me as much as DVF. Diane and her team have created something incredibly special that consumers all over the world appreciate, and I look forward to working with the management team to further grow the business.”

Von Furstenberg said, “Looking back 13 years when I relaunched DVF, I am proud of where Paula Sutter and I, and our entire DVF team, have brought the company. We now have a global brand, a half-billion dollars in retail sales, 58 freestanding stores, and are represented in more than 70 countries. We are at the perfect stage for even greater worldwide growth, and I’m very excited that we’ve been able to attract someone of Joel Horowitz’s expertise and experience to join our company as cochairman of the board.”

Sutter added, “This is a very exciting moment in the evolution of our business, and I’m thrilled to have the opportunity to work with Joel.”

Von Furstenberg first entered the fashion world in 1972 with her jersey dresses and created the iconic wrap dress two years later. That dress came to symbolize power and independence for a whole generation of women. Since she returned to fashion in the late Nineties, her business has significantly grown into a global lifestyle brand.

In a WWD story last year, the designer described the company in three different eras. “One is when I was 25 and started out, and I call it ‘American Dream.’ Then, 12 years ago, when Paula [Sutter] and I started on 12th Street and we weren’t sure where it was going, it was ‘Comeback Kid.’ Now, we are starting a new period that says, ‘We mean business.’ The SoHo store, the Web site and the arrival of Yvan Mispelaere are all part of this new period.”

DVF now offers four complete collections a year and accessories. The accessories range from shoes, handbags, small leather goods and scarves to eyewear, fine jewelry, watches and luggage. In 2011, DVF introduced a home collection, encompassing tabletop, bedding and rugs, as well as a signature fragrance, Diane. DVF also designed suites for Claridge’s hotel in London. The designer, who has said that retail will play a key role in the company’s expansion, has flagships in markets such as Boston, Dallas, Dubai, Istanbul and New York’s SoHo.

Horowitz began his career at Polo Ralph Lauren Corp., working in various capacities. He joined Murjani International, Ltd., and in 1984 was named president of the designer division, which included the initial development of the Tommy Hilfiger business. From 1986 to 1989, he served as president of Murjani. In March 1989, Horowitz, together with Hilfiger, joined forces with their partners to form Tommy Hilfiger Inc. From 1989 to 1994, Horowitz served as president and chief operating officer of Hilfiger, and then as ceo from 1994 to 2003. He became executive chairman of the board in February 2003 and, in April 2005, became non-executive chairman of the board. He retired on Oct. 31, 2005. In 2006, he, along with a management group and Apax Partners Inc., took Hilfiger private, and it was eventually sold to PVH Corp. in 2010 for $3 billion.

In a WWD interview in 2010, Horowitz said some of the highlights of his tenure at Hilfiger were the partnership with Lawrence Stroll and Silas Chou; going public in 1992; building the European business, which made Hilfiger into a powerful global brand, and creating an organization of strong managers and rewarding them both professionally and personally. “A lot of people made a lot of money,” he said.

After leaving Hilfiger, Horowitz became a partner in Global Brands Acquisition Corp., which along with Stroll and John Idol analyzed more than 150 potential deals during its two-and-a-half-years in business. The company liquidated in December 2009 and returned its funds to shareholders, according to a filing with the Securities and Exchange Commission. The New York-based venture, a special purpose acquisition company, had raised $287.5 million in a public stock sale in December 2007 and had used interest from a trust holding that capital to weigh potential targets.

Today, with investors closely following the success of Michael Kors Holdings Ltd., which went public in December and put Michael Kors on track to become a billionaire (the firm has a market capitalization of $9.96 billion), there’s a big focus on brands such as DVF, J Brand and Tory Burch to do an IPO. There’s no question there’s an appetite for fashion brands that have proven themselves in the market and have the multiple product categories and international cachet to become a global player. Industry sources believe that the hiring of Horowitz, who has strategic, financial, production and product expertise, will give DVF the professional management necessary to entertain that option. Like Kors, von Furstenberg has also cultivated a high profile. In this week’s Forbes ranking of the 100 most powerful women, she came in at 33 for her work as a designer and as the president of the Council of Fashion Designers of America.

“He’s the best all-around person, and her business will become explosive,” predicted one source of Horowitz’s impact after joining the company.