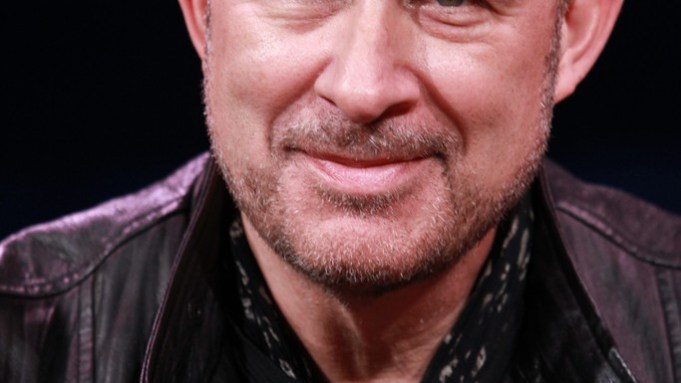 John Varvatos could teach a class on consistency.

Since the brand that bears his name was founded in 2000, the designer has built a reputation by offering men’s wear with a distinct rugged masculinity and a rock ’n’ roll aesthetic. To ensure that sensibility rings true in every product and category, the designer has brought his accessories business back in-house for fall.

“Men’s accessories has been one of the fastest growing businesses over the past several years, and it’s part of our core competency,” the designer said in a recent interview at his New York City office. “We did it for years, so we know how to do it.”

For the past four years, bags, belts and small leather goods had been licensed to Cipriani Accessories. The category has been so successful that Varvatos is considering opening separate accessories and footwear stores. He stressed parting with Cipriani was amicable, but he wants to keep a closer eye on the accessories design so “all our product categories [can] be aligned and cohesive,” he said.

“We did our own accessories for 10 years or so, then we licensed them to Cipriani,” he said. “But it’s time to have everything under one roof again. If it’s here, we can eat, drink, sleep and breathe it.”

Cristiano Quieti, president and chief executive officer of John Varvatos Enterprises, added that “investing in driving the full process, from design to market, will benefit the product offerings and our ability to continue to grow the company and brand presence.”

In March 2012, Lion Capital LLC signed a definitive agreement to acquire a majority stake in John Varvatos Enterprises from VF Corp. for an undisclosed sum. Varvatos, who had a 20 percent stake in the brand under VF, retained a minority share of the company. Since that time, Varvatos has been adding stores and is now up to 20 stores globally in cities such as Boston, Houston, Miami and New York. Its first European store opened in London in August.

Since that time, the brand has made a couple of key hires, including Wayne Meichner as president of retail. And now, the company has added Kathy Hin, who had served as Cipriani’s vice president of design, to be the design director of accessories for Varvatos.

The fall accessories collection will be very “artisan” in nature, Varvatos said, offering hand-stitching, raw-cut edges and exclusive hardware. There will be five separate subsets, ranging from sophisticated business pieces such as embossed Glen Plaid prints on briefcases to iPad cases with leather lacing. There are also a couple of “fun pieces,” such as leopard-printed calfskin weekenders and totes.

The leopard prints are the most expensive in the line, retailing for around $2,000, but in general, the price points range from $795 to $1,295. “It’s all about hand-work and hand-finishing,” Varvatos said. “You’ll see a lot of the same details in the shoes.” As an example, there is a dip-dyed leopard-printed shoe that can coordinate with the bags. The belts, which range from “casual elegant” dress belts to more-casual models, are also designed to coordinate with the apparel collection and leather goods. Retail prices for the belts will be $198 to $398.

“We’re telling a story from beginning to end,” Varvatos said.

That story also continues at the designer’s Star USA line, whose accessories are also now being designed in-house. The aesthetic is similar but at a lower price point, with most models selling for $300 to $595. Some of the pieces also mix ballistic nylon with the leather to keep the costs down. The small leather goods in the Star line are $98 to $145 and the belts retail mostly under $100. “It’s a significant collection that offers a lot of value,” Varvatos said. Star USA is sold in department stores such as Bloomingdale’s and is generally not carried in the designer’s namesake stores.

The only products that are still licensed are tailored clothing, eyewear and fragrances, he said. A license with PVH Corp. for dress shirts and neckwear is expiring and those categories will also be brought back in-house later this year, he said. Varvatos never licensed out its footwear, which has now grown to over 25 percent of overall sales, which are estimated at more than $250 million. The Star USA line accounts for 60 percent of the wholesale business and the collection for 40 percent. More than half of the company’s business is generated by its own retail stores.

“We have such a strong footwear business,” he said, “that we’re hoping to open footwear and accessories stores in the near future.”

Varvatos said the company is on strong financial footing with overall sales up 30 percent in 2014 and wholesale business up 51 percent “without adding any new accounts.” He said the brand will open a store at the World Trade Center this summer, bringing its store count in New York City to four. In those stores and others, Varvatos said the company has experienced strong accessories sales, hence the idea of opening stores devoted to that category. “In our store in SoHo, the numbers we do in accessories are bigger than most specialty stores.” As a result, the footwear and accessories area in that unit — which does $3,500 a square foot — is being redesigned to “make it more productive and dramatic,” he said. “That’s a lot of volume for a men’s store.”

Outside the U.S., Varvatos said the company is looking at Singapore and other Asian countries including Hong Kong, Korea and Thailand, but “China is not number one on our radar. The translation doesn’t always work,” he said. Additional European countries are also in the cards, including Turkey, along with the Middle East where the brand “does really well.”

What he doesn’t expect to do is add a lot of other ancillary categories such as women’s wear, which he tried in 2004 but subsequently shuttered.

“We’ve really been riding high for a long time and want to keep improving. When brands take their eye off the ball to do women’s or something else, that’s where they stumble,” Varvatos said.