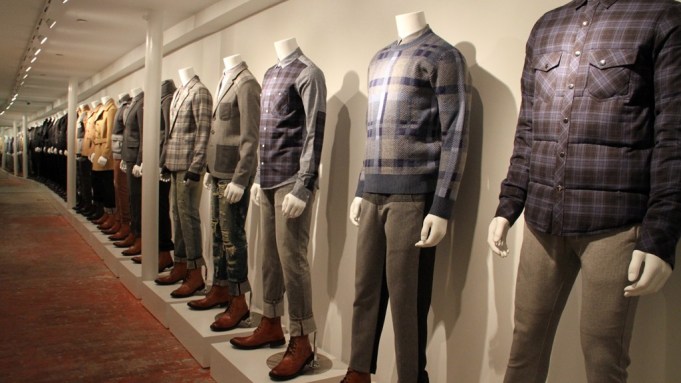 Jon Koon was 16 when he made his first million with an aftermarket auto company that essentially spawned the MTV television series “Pimp My Ride.”

When others started getting into the act, he moved on and created his own auto accessories brand, Koonichi, which patented Dubz, an air freshener that replicated a spinning car rim, as well as other innovative products.

It wasn’t long before the young entrepreneur turned his expertise to the apparel industry, establishing a private label manufacturing company and then a licensing business that produced for brands including Rocawear, L-R-G and others. In 2008 he formed Tykoon Brand Holdings, an umbrella company that owns and operates the Young Jeezy 8732 apparel brand that he purchased from Jay-Z’s Roc Apparel Group, and he will launch a contemporary streetwear label this fall called Mostly Heard Rarely Seen. Other projects have included a denim collection he designed for Italian luxury men’s wear designer Domenico Vacca.

But the latest obsession for Koon, who will turn 30 this August, is Private Stock, a men’s brand he conceived three years ago and that shipped its first product for fall 2012 to retailers including Fred Segal, Moda, Ron Herman, Riccardi and Traffic. “I had a sourcing and production company that evolved into a licensing company that evolved into a fashion house,” he said, declining to provide a volume figure for the new line.

Koon cryptically describes the collection in this way: “When Europe met Japan, got married in Hong Kong and took a honeymoon in New York City.” The offering ranges from Japanese selvage denim and lamb’s wool/cashmere sweaters with a lamb’s wool drawstring to jackets with mixed-media knit and woven panels, stretch bow-leg cashmere-blend pants and quilted T-shirts and woven shirts with matching quilted trousers finished in a water-resistant cashmere. The pieces are produced around the world: Denim is made in Okayama, Japan; watches in Switzerland; leathers in Italy; suits and shirts in Hong Kong, and jewelry in New York City from beads sourced in Brazil and Peru.

“I believe the world is becoming a much smaller place,” he said, “and there’s a real merging of people and cultures.”

The collection is large — 120 to 150 styles a season — and unique, offering cottons, wools and cashmeres that have been treated to be waterproof or water-resistant; engineered seams, and dual-function items such as an anorak that folds into a backpack or jackets with removable sleeves that double as bags. Hidden vents, temperature-regulating knits, an angora wool monk’s cape and a $1,500 chinchilla letterman’s jacket are among the offerings targeted to the “progressive modern gentleman,” Koon said. Prices for the denim start at $248 and go up to $898; woven shirts average $258 to $368, and outerwear and jackets start at $898 and go up to $1,998.

On Saturday he will open the doors to a Private Stock flagship at 76 Wooster Street in New York’s SoHo. The two-level, 5,000-square-foot landmarked store, which was the site of Andy Warhol’s last home and studio, was obviously a labor of love for Koon, who designed every inch of the unit. He’d like to eventually export the concept to other major cities around the world, but right now there are no plans for other stores.

Upon entering the SoHo store, the customer is met with a stark white interior of lacquer, leather, fabrics and furniture. Inside the front door is a 758-pound black dragon granite sculpture of the God of Guan that Koon views as the protector of the location. The sculptor worked on the statue for three years, and it is one solid piece of stone.

Only about 80 pieces of Private Stock apparel and accessories are shown in the store, and they’re tucked away in specially designed fixtures such as the white lacquer walls that slide out to showcase the denim collection (each style has its own museum-style card explaining its origin and manufacturing technique) or opaque glass displays that light up when activated to show the small leather goods. The dressing rooms, designed to look like an elaborate Victorian residence, allow salespeople — or “stylists,” as Koon prefers them to be called — to bring merchandise to customers to be tried on in their size.

“This is not just about selling,” Koon said. “It’s more about amusement and interaction. It’s like a gallery, and there’s a sense of discovery.”

Saying he was “very superstitious,” all of the features in the store include the number eight: Walls are eight-feet high; there are 28 individually hand-blown glass balls; hangers are 6.8 inches apart; a mirror on the staircase to the lower level has 28 panels, and there’s a 20-by 8-foot koi pond at the bottom with 18 fish. “Eight in the Chinese language is the almighty lucky number,” he said, noting that it was “challenging and fun to design the entire space” around the number.

The lower level is reserved for appointment-only shopping, and features hand-made limited-edition pieces such as a python and alligator backpack for $18,800 and deerskin jackets handmade by artisans in Kyoto, Japan, for $3,800 to $5,800.

At the rear of the store is a private tea room where Koon’s photos of his world travels will be on display for the opening and his custom-designed teas will be sold.

Hidden off the tea room is a private space where Koon will showcase his collection to the press and his international customers on a 60-foot line of mannequins.

Koon declined to say what it cost to open the store, but with the fish alone costing $50,000, it was undoubtedly a large sum. “It’s set up for business,” he said. “But I believe in architecting a store that is different from a traditional shopping experience for the guy who is shopping for fashion. And I wanted to create a new retail experience that salutes fashion and creativity.”