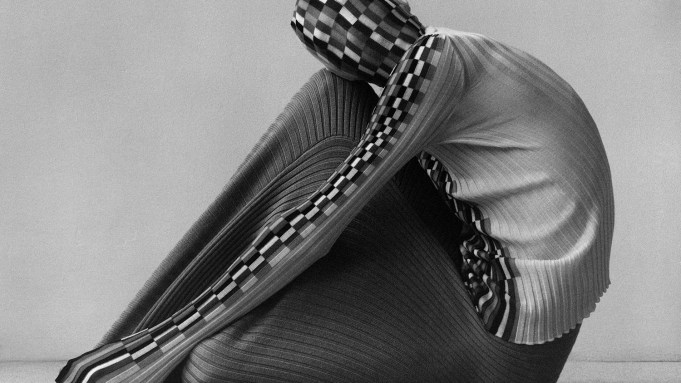 PARIS — Add Jonathan Anderson to the list of designers who marvel at the transformative silhouettes invented by Rei Kawakubo of Comme des Garçons.

“She really tackles the form at a level that’s unheard of,” said Anderson, who is to include looks by Kawakubo in the exhibition he is curating at the Hepworth Wakefield gallery next spring.

Titled “Disobedient Bodies,” it is to explore how sculptors, designers and potters have reimagined the human form in the 20th- and 21st centuries.

Anderson, who creates fashions for men and women under his J.W. Anderson label and for Spanish luxury firm Loewe, said he plans to juxtapose dresses with sculptures, including many by Barbara Hepworth and Henry Moore, pillars of the Yorkshire museum’s collections.

His fashion selections run the gamut from flagrant distortions of the human body, such as Issey Miyake’s lantern dresses, to minimalist interpretations by Helmut Lang, who “reduced it to the line.”

In Anderson’s estimation, artists have been more daring in their portrayals of the body than designers. “There is a barrier because in fashion we’re always bound by this idea that something has to have a reality,” he mused.

Anderson plans to include looks from his seminal men’s collection for fall-winter 2013, hinged on ruffled shorts and tunics in felt, catapulting his reputation as a gender-bending trailblazer.
Asked how it sold, he didn’t pause: “Not very well.”

Yet he considered that show “a turning point for me in terms of where I was and where clothing was. I feel like it challenged line, proportion and gender in men’s.”

A fan of ceramics, Arts and Crafts furniture and modern British art, Anderson said he jumped at the chance to interpret its collection. “For me, fashion is about curation. It’s about taking influences from everywhere,” he said.

Anderson plans to give visitors a glimpse of what feeds his creativity with a “research lab” installation displaying objects, images, books and films from his personal collection.

The exhibition is slated to open on March 18, 2017 for a three-month run, incorporating sculptures by such artists as Jean Arp, Sarah Lucas, Louise Bourgeois, Dorothea Tanning and Magali Reus, along with vessels by Hans Coper and lamps by Isamu Noguchi.