Jordan and particularly its capital, Amman, are rapidly becoming the service and shopping centers of the region. 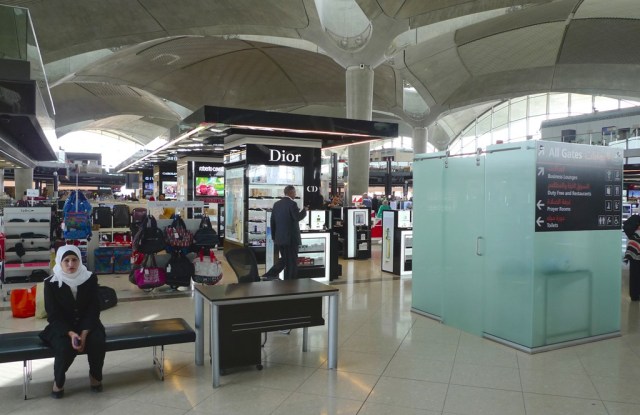 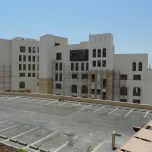 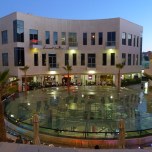 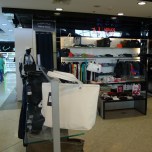 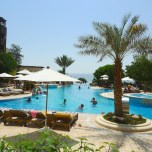 AMMAN, Jordan — Jordan and particularly its capital, Amman, are rapidly becoming the service and shopping centers of the region, the destination of choice for the residents and expatriates living and working in the area.

It is obvious why: most of the neighboring countries are presently in turmoil, with Iraq and Syria in the midst of civil wars and Beirut, the region’s historic center of fashion and retail, struggling with waves of refugees. As the IB Times recently quoted a Lebanese lawmaker: “Lebanon is facing economic and political collapse as it reels from the wave of Syrians seeking refuge within the country.” Social Affairs Minister Rashid Derbas said the number of Syrians registered as refugees is expected to reach 1.5 million by the end of 2014, more than a third of Lebanon’s population.

Jordan also has a refugee crisis. The country hosts some of the largest refugee camps in the world, including the overcrowded Zataari and the newly built al-Azraq, both near the border with Syria. But the situation here is better coordinated than in the other countries in the region. The Jordanian monarchy is known to cooperate closely with the international community, particularly with the West; it gets financial support, and in return guarantees security.

The country also hosts a sizable contingent of United Nations personnel, as well as thousands of other expatriates, working for businesses and government and nongovernment organizations.

Despite the regional crises, Jordan remains orderly and increasingly modern, with an affluent, well-educated middle class, and many families experiencing upward mobility. All around Amman, sprawling malls dot the hilly landscape. Mall culture is changing the traditional way of life of the country. In air-conditioned cafés, women are seen unaccompanied by men, and smoking aromatic water pipes, called hookha, while others flock to numerous cinemas that show the latest Hollywood and European releases. Prada, Chanel and Gucci products are offered in all the upmarket stores and malls.

Including its surrounding areas, greater Amman is now home to almost three million people out of the entire country’s estimated population of eight million. The city has at least eight large luxury malls, with even more being built offering brands from Versace to Michael Kors, as well as Dior and Chanel beauty products.

There is even a “snob index” in Amman to rate the malls. The widely read Ammansnob.com, for instance, has two ratings for each local mall: “Luxury Rating,” which is based on “availability of upscale stores and luxury merchandise,” and the “Overall Snob Rating,” which is “based on various factors such as number of stores, variety, atmosphere, cafés, restaurants, parking, general clientele and overall enjoyability.”

The latest mall in Amman is called Taj and its ratings are overtaking the old “temple of luxury retail in Amman,” the Albaraka Mall.

Taj is officially called a “lifestyle center,” and is spread over 1.6 million square feet with about 190 stores including Burberry, Marina Rinaldi, Louis Vuitton, Moschino, Punt Roma and Victoria’s Secret.

Amman is experiencing an overhaul, from infrastructure to the arts (including the impressive new National Museum). Hotels with shopping arcades are being refurbished, while new ones are being built. The new airport was opened recently, right next to the old, obsolete terminal. It still has the same proud name of Queen Alia, but now it consists of steel and glass, and hosts several luxury retail stores.

Eddie Dutton, an American expatriate working for an international organization based in Amman, claimed he can find anything he wants in the city. “Amman is a great city to live in. This is my second time being posted here. There are many excellent malls where I can do all my shopping. The quality of available goods is superb, too, so there is really no need to bring anything from outside.”

Near the ancient Roman Theatre, in the center of Amman, the owner of a traditional coffee shop, Ahmed, recalled, “Before the conflict in Syria, we used to travel to Damascus for shopping. Everything used to be much cheaper there. But now, the entire region comes here, to Amman, to shop and to play.”