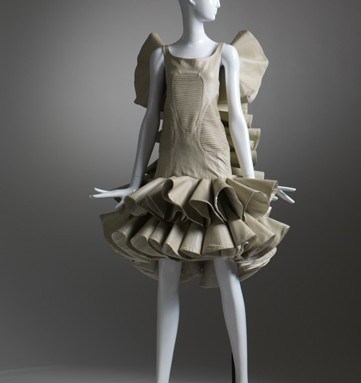 HONG KONG — Joyce, the pioneering Hong Kong-based retailer founded by Joyce Ma in 1970, will mark its 40th anniversary with a major retrospective exhibition and a series of special limited-edition products.

The high-tech multimedia show, entitled “A Journey in Fashion,” includes documents and film footage from the retailer’s archives as well as pieces from 55 fashion houses. There are also a string of taped interviews with designers like Dries Van Noten, Ann Demeulemeester, Yohji Yamamoto and Alber Elbaz.

The exhibition runs Dec. 8-Dec. 31 at the Museum of Medical Science before decamping to Shanghai in January. Joyce’s “Journey” will finish its tour in Europe, where it will be unveiled during Paris Fashion Week.

“We have been overwhelmed by the enthusiastic response and support from all the designers that we have approached,“ said Andrew Keith, who oversees the retailer as part of Lane Crawford Joyce Group. “[The fashion houses] have provided archive pieces from the year that we first started working together, some going to incredible lengths to find and remake pieces that haven’t been seen for many years.”

Keith describes the exhibition as “a remarkable journey that reflects not only the development of fashion and trends, but also illustrates how Asia has grown and embraced the latest fashion innovation from around the world.”

The retailer is also marking its anniversary with a series of special products for the occasion. Celebrated Chinese artist Zeng Fanzhi has created an exclusive new look for a bottle of Absolut Vodka and renowned fashion illustrator Cedric Rivrain has put his own stamp on boxes of Ladurée macaroons. Hermès created a limited-edition scarf from one of its own historic prints in an exclusive new color combination for the retailer. The items will be sold in dedicated pop-up stores at all three Joyce locations as well as at the exhibition.

Joyce Ma officially retired from the company in 2007 but Keith said her original mission — to identify, develop and champion the world’s most talented designers — remains the company’s mantra.

“Joyce is about telling the most exciting fashion stories and bringing to our customers the most exceptional and inspiring edit of the best the world of fashion has to offer,” Keith said.