Her new photography book, “Detroit: 138 Square Miles,” ardently documents the city she has grown to love. 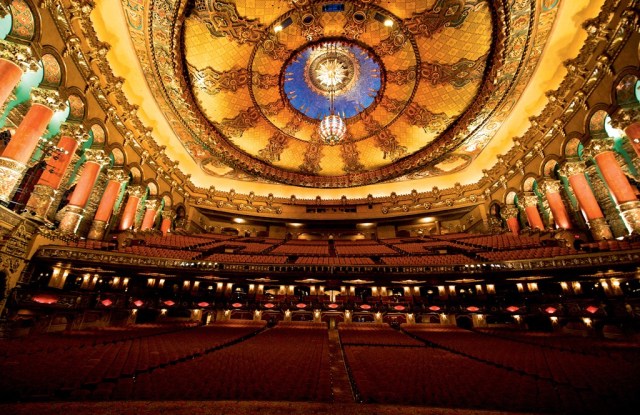 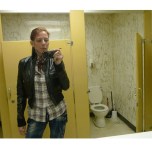 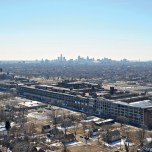 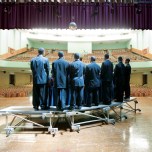 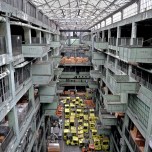 Julia Reyes Taubman was in her small West Village pied-à-terre on the eve of the launch of her photography book, “Detroit: 138 Square Miles,” in which she ardently documents the city she has grown to love.

“Hopefully what this book will do is make people understand that Detroit is one of the most visually compelling places I’ve ever been,” she said. This from a frequent world traveler just back from Brasilia.

Taubman moved to Detroit in 1999 when she married Robert S. Taubman, whose family business, which includes the Taubman Centers retail properties, has been headquartered in the Motor City for more than 60 years. Although Taubman had never taken a single photograph before, over the last decade she has taken more than 40,000 shots of the buildings, as well as people from every walk of life and on every corner of this city that is an icon of America’s industrial heyday. Set to hit shelves Nov. 30, the book will be celebrated at a party tonight at the Manhattan’s Whitney Museum of American Art.

At its height, in the Fifties, 1.8 million people lived in the Motor Capital of the World, but today it has a little more than 700,000 residents. Because so much of the city was abandoned in so short a time (a period of about 20 years), and because there was little reason to maintain, let alone demolish, what was left behind, the buildings remain. Taubman, a one-woman fan club of Detroit, celebrates her city as it is, carved by both man and nature. She compares Detroit to Angkor Wat, the Buddhist temple complex in Cambodia that coexists with its surrounding jungle, but bemoans the fact that Detroit is not a destination for architectural pilgrimages.

“There is no architect or designer that could affect these buildings the way weather does,” said Taubman, who champions a new migration to the city and insists that all comers, artists included, will be equally inspired by its buildings and its people.

“I really believe that there is no equivalent building to the Packard Plant in the world,” Taubman said of one particular point of inspiration. “The wild thing is that people today who live three or 10 or 15 miles away have no idea of what the Packard Plant meant for our country and for the Second Industrial Revolution, and, above all, that it still exists.”

Built by the great American architect Albert Kahn in 1903 for James Ward Packard, the great structure is a mile long and encompasses 3.5 million square feet and 74 buildings.

“To me, Kahn is the greatest American architect,” she said. “This guy built a thousand buildings, and for each one, innovation was the order of the day.”

Indeed, as one of the founding members and chairman of the Museum of Contemporary Art Detroit (MOCAD), housed in a former auto dealership — designed by Kahn, of course — Taubman stands as a model for what can be achieved in a place like Detroit.

It was the success of the Packard Plant, begun in 1909, that caught Henry Ford’s attention and convinced him to hire Kahn to design the Ford Motor Company’s famous Highland Park Plant.

“This place totally changed manufacturing in America, and in the rest of the world,” Taubman said of the plant. “He figured out reinforced concrete and changed the whole paradigm of production. The first nine buildings were built like regular mills, but by the tenth they used reinforced concrete and started experimenting with column spacing. They created skylights, introducing daylight into the work space and making work conditions more humane.”

The book is a testament to both the verdancy of Detroit and its detritus, alternating between phoenix and ashes. Near its close, she sifts through the rubble and revisits the images in smaller format and gives some of them captions with the aid of University of Michigan professors Robert Fishman and Michael McCullough. The technique evokes the past through the details of the present.

“There is beauty in despair, and sometimes a glimmer of hope. We see life and death in Detroit, nothing Chamber of Commerce inspired, but more real than any other reality show,” writes novelist and screenwriter Elmore Leonard, a Taubman friend and fellow Detroiter, in the preface for “Detroit: 138 Square Miles.” “If what happened in Detroit is a crime, Julia’s book is the crime story.”