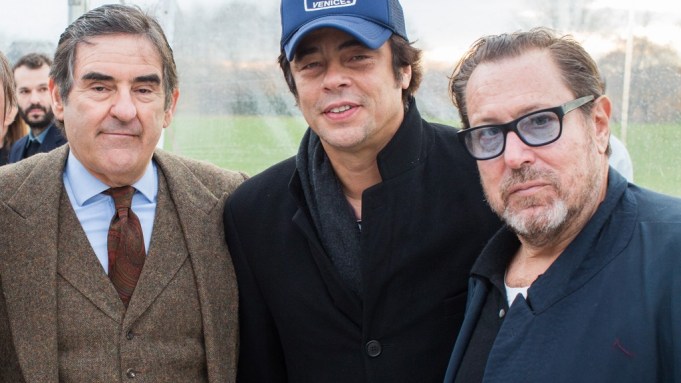 The last major survey of Julian Schnabel’s work was in 1987 at the Whitney Museum in Manhattan. Peter Brant was already keen on the artist before then, but after the big show he began collecting him in earnest.

Now The Brant Foundation Art Study Center has organized what it bills as the first comprehensive exhibit of Schnabel’s work since then, comprised of close to 50 abstract and figurative paintings and sculptures stretching from the late Seventies to the present day, the majority of them, like “Accatone” (1978), from the Brants’ own collection.

Allison Brant, daughter of Peter and director of the center, is more familiar than most with the artist’s oeuvre, having grown up surrounded by Schnabels, the paintings and the offspring.

“I don’t think there’s anything that I’ve never seen in my lifetime,” she said, referring to the works on display. “There are some portraits in here that are my brothers, my grandmother, and those are very nice to see.”

Still, the young Brant was unexpectedly moved by one piece, “The Walk Home” (1984-85), on loan from the Eli Broad Art Foundation, that is on display in the center’s mezzanine.

“I just hadn’t seen it in a long time and just watching it get installed was a very emotional experience,” she said. “It was the last one to go up and it just finished the room.”