MILAN — Golden Goose wants to inspire its consumers with the launch of the Star streetwear line.

For the debut of the new collection, the Italian company has created a series of content featuring a high-profile, diverse cast.

The talent was all filmed in New York, caught in activities that make them feel upbeat and that have a positive impact on other people.

Asking them the question “What makes you a star?,” Golden Goose said in a statement that with the campaign it wanted to show that “being a star is not related to fame and notoriety. It’s about being driven, feeling centered, shining bright and inspiring other people to do so. It’s about making a positive impact through simple daily actions that everyone can do to make the world a better place.”

In keeping with this inspirational vision, the brand, for example, lensed Morris playing drums with strangers in the streets of Brooklyn. “Music is a part of my DNA, it’s something I know can help people, something I know can change the world for the better…and that kind of giving back…can be done at anytime, in any location,” he said. “I’m known for being a model, an entrepreneur, a fashion designer…but I also think there’s nothing greater than the gift of music.” Morris previously modeled in a campaign for Dior Men’s Modern Tailoring collection after having interned at the brand with Kim Jones in the summer of 2019.

In another episode of the Star series, Dorfman, who rose to fame playing the role of Ryan Shaver in Netflix’s “13 Reasons Why” and appeared in a range of campaigns for Calvin Klein, Fendi, Diesel and Ugg, bakes surrounded by friends in a kitchen. “I actually love baking for people I care about,” Dorfman said. “It’s so immediate and intimate…making food for others. You put your time and effort into this thing that you know will go away. Making and sharing food is, at its heart, like curating an experience…hopefully a positive one.”

Pozzan, meanwhile, is captured talking to a stranger sitting on a bench at the park; Fox is shown planting flowers, bringing natural beauty to the city, and Bloom, who made her acting debut in Danielle Lessovitz’s “Port Authority,” is filmed taking portraits of her friends. 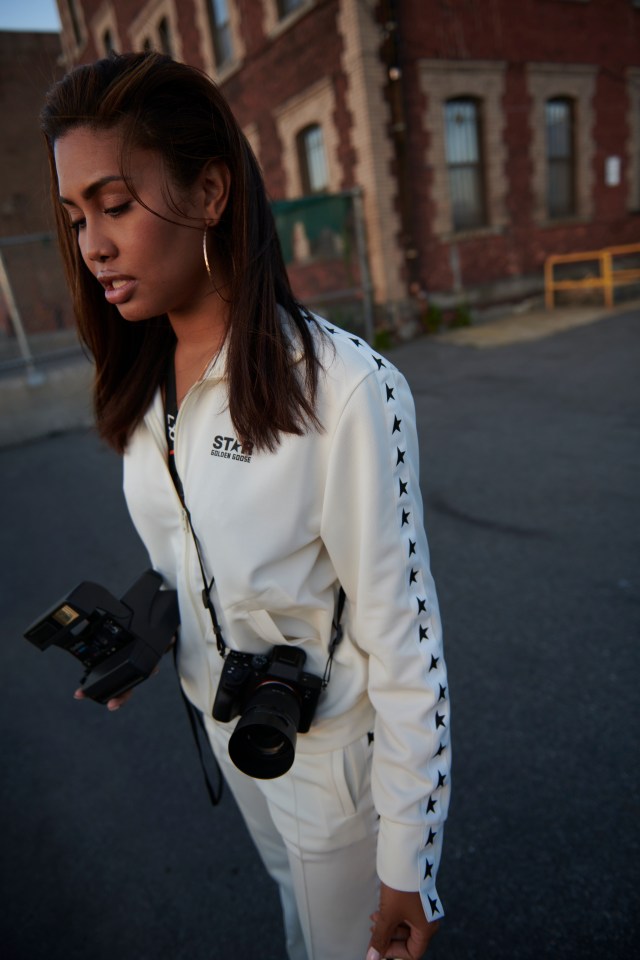 “People don’t know this about me…but I love photographing my friends. How I bring their energy from out of them is what matters. I’m constantly trying to capture their essence. Whether it’s against the backdrop of the city, or a wall of graffiti on a vacant building…there’s so much dimension you can bring out of your subject,” said Bloom, who first attracted attention as a figure of New York’s ballroom scene at the House of Miyake-Mugler.

She was the first transgender woman of color to appear in an issue of Vogue India and in 2018 became the only transgender model to walk at Paris Fashion Week for Zendaya’s collaboration with Tommy Hilfiger.

“I think everybody has star qualities and sometimes something as simple as a beautiful photo can help someone see who they are.  It’s powerful because when you love someone, you know there are certain essences about them that the world doesn’t see, that you see because you’ve had meaningful moments with them. Capturing that vulnerability and capturing that essence…it says, ‘Hey. Look at you, look how beautiful you are…this is how I see you and this is how the world around you sees you, so don’t ever forget that.’  Taking photos for me has always been healing. I was born in a world where my visuals and my image weren’t appreciated. I want people to see that I’m here and when I do that with my friends, I want to remind them that they are also here.”

Hitting the Golden Goose online shop and some of its boutiques today, the Star collection includes high-end tracksuits crafted with Italian triacetate injected with a ’70s retro vibe. Defined by starred grosgrain bands running down the sleeves and the legs, the tracksuits combine a classic zippered sweatshirt with pants available in two fits, with wide or tapered legs. The lineup also features gray cotton crewneck sweatshirts and shorts embellished with laminated stars; logo T-shirts and hoodies, as well as a selection of accessories, spanning from beanies and baseball caps to socks, backpacks and nylon windbreakers.

The Star collection, which in June will also be available at a number of multibrand shops and department stores worldwide, retails at between $95 for T-shirts and $540 for the tracksuits to $680 for the sweatshirts punctuated by crystals.