A limited-edition capsule collection is to debut in April 2021.

“The breadth of Karl’s work has been very inspiring to me, and it’s an honor to be working with his namesake maison,” Ize said, sharing details of the project first with WWD. “Our vision is to combine Karl’s Parisian-chic aesthetic with elements of traditional African artistry.”

Ize made a splash with his official Paris Fashion Week debut last February as Naomi Campbell closed the show, handily sparking a social-media sensation. Born in Lagos, Nigeria, and raised in Austria from age 4, the designer had previously shown at Arise Fashion Week in Lagos, and came on to the international radar as a finalist for the 2019 LVMH Prize for Young Fashion Designers.

The Ize capsule will be available at select Karl Lagerfeld stores and at Karl.com only in April 2021, but the project has been brewing for several months. 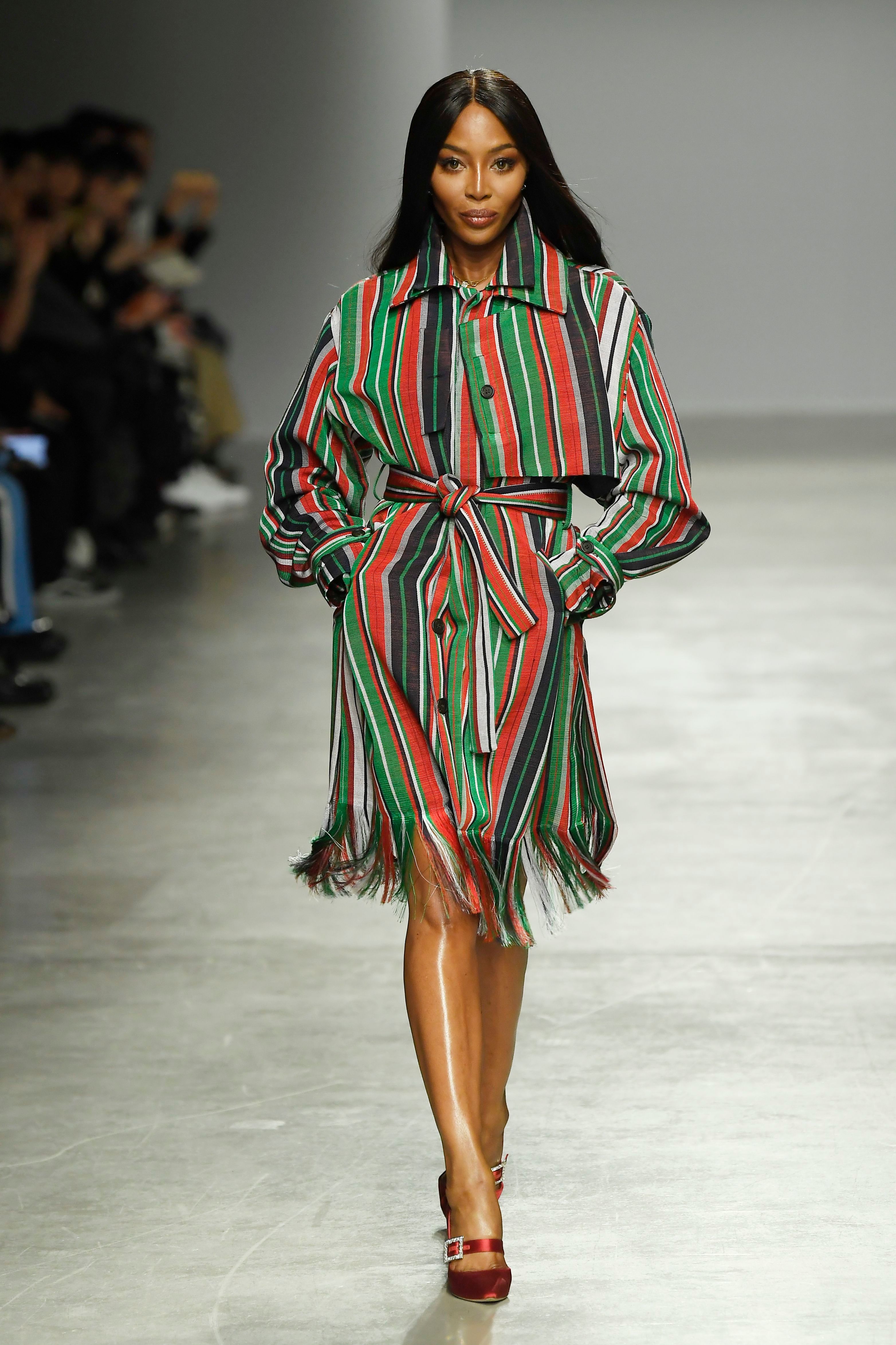 Ize credits his mother for sparking his interest in fashion as a child, as she would solicit his input to select fabrics for her handmade outfits. He studied fashion and design at the University of Applied Arts under Hussein Chalayan and Bernhard Willhelm. “I went to school because I never saw any African designers,” he told WWD last year.

Upon graduation, he relocated to Lagos in 2013 to launch his label, which is sometimes described as gender fluid.

“There’s an elegancy to Austria and an extravaganza to Nigeria — it’s fascinating to combine these two things together,” Ize said. “I want my brand to help my community, to build them up and serve as a platform to show them to the world.”

His spring 2020 collection is carried by stores including Browns and Machine-A in London; Alara in Lagos; Addicted in Seoul; Ikram in Chicago; H. Lorenzo in Los Angeles; Park in Vienna, and online retailer 24S, owned by LVMH Moët Hennessy Louis Vuitton.

The Lagerfeld maison said it would unveil further details about the Ize collaboration in the coming months.