Karl Lagerfeld has extended the partnership with licensee F.D. Fashion Herrenmode for his men’s collection. 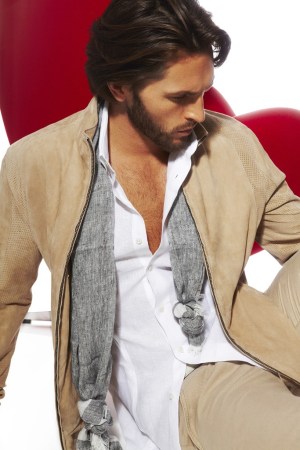 PARIS — Karl Lagerfeld is eyeing 2012 retail revenues of more than 80 million euros, or $108.2 million at current exchange, with his men’s collection — Lagerfeld.

Those projections were disclosed Monday as Karl Lagerfeld BV announced it has extended its partnership with F.D. Fashion Herrenmode GmbH.

Miltenberg, Germany-based F.D. Fashion, which has held the Lagerfeld license since 1990, noted that 2011 revenues increased 25 percent. It did not provide figures, but attributed the gains partly to a doubling of sales of footwear and leather goods.

F.D. said it is confident it can add additional retail doors as the Lagerfeld business ramps up its profile on several fronts.

The Paris-based designer, who is also the couturier at Chanel and designs furs and ready-to-wear at Fendi, plans to launch into the masstige category and burgeoning e-commerce universe with a new rock ’n’ roll-flavored Karl collection. It is set to launch on Net-a-porter via an exclusive global distribution partnership, with sales on karllagerfeld.com to come onstream Feb. 28, as reported.

Also in January, the designer plans to unveil to the trade a new women’s signature collection, Karl Lagerfeld Paris, to be produced and distributed under a licensing pact with Italy’s Ittierre SpA, with first deliveries for the fall 2012 season.

In an interview on Monday, Lagerfeld president Pier Paolo Righi noted Lagerfeld men’s wear is distributed to about 350 doors, with the business concentrated in France, Germany and Russia. Key accounts include Peek & Cloppenburg in Germany and Stockmann in Finland.

Righi said distribution of the men’s collection, which spans suits and sportswear, is likely to dovetail as the Lagerfeld business advances on other fronts.

The Lagerfeld label is positioned between the masstige and Paris lines, with suits retailing from about 500 euros to 600 euros, or about $675 to $810.