Kate Spade New York is opening the doors of a new international flagship in Ginza. 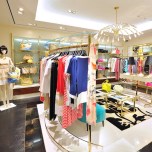 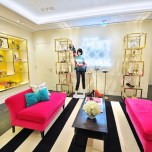 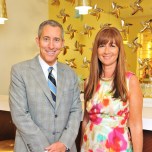 TOKYO — Kate Spade New York is opening the doors of a new international flagship in Ginza here, hoping to capitalize on its fast-growing business in Japan and propel future expansion elsewhere in Asia.

Craig Leavitt, chief executive officer of Kate Spade & Co., described the store as the “crowning achievement” for the brand’s 18-year-old business in Japan. Citing a 26 percent surge in fourth-quarter comps for the company in Japan, Leavitt said the country continues to perform very strongly.

“[Those are] clearly some industry leading numbers that we were very, very excited about, and it shows that there is real meaningful opportunity to continue to expand our business here,” he said.

Leavitt said the company plans to open a few more stores in Japan this year but its real focus is on boosting the productivity of its 73-store network in the country. That store count includes Kate Spade, Jack Spade, outlets and the one-year-old Kate Spade Saturday brand. The company has more aggressive expansion plans for elsewhere in Asia, where it has a less established presence. Specifically, Leavitt said Kate Spade will open eight to 12 stores in China this year — currently it has about 20 boutiques there. Kate Spade also recently established a new Asia headquarters in Hong Kong to oversee its expansion in the region, excluding Japan.

“There’s no question that Japan in general, as a market for us, has been an important marketing tool for our growth in the balance of Asia,” he said. “We know that customers around the world, and certainly around Asia, look to what is happening in Ginza as a way to assess a brand.”

Leavitt said the brand is performing well in China and he thinks the recent slowdown in luxury spending there that has hit some high-end luxury brands has probably created an advantage for more accessibly priced fashion players.

“For brands like ours that are in the accessible luxury arena, it’s actually an opportunity to gain market share,” said Leavitt, who along with the brand’s creative director Deborah Lloyd hosted a party Thursday evening to fete the new Tokyo store.

The new flagship, which features 4,541-square-feet of selling space over three levels, is located on one of Ginza’s smaller side streets. It also happens to be right next door to Tory Burch’s flagship and just around the corner from Coach’s sizable space on the main road, giving Kate Spade a presence in a corner of the neighborhood populated by its contemporary rivals.

The store’s first two levels offer a mix of apparel, shoes and accessories, including items from the brand’s more exclusive Madison Avenue collection. The Ginza store is the only point of sale for this higher-end product range outside the U.S. Home goods and furnishings occupy the third floor, which also houses a complementary bar featuring a brass screen of moving pinwheels. A showroom and office space for the brand make their home on the fourth and fifth floors of the building.

Lloyd said Japanese women’s enthusiasm for the brand has impressed her. When she visited the store Wednesday, she observed passersby on the street photographing the facade.

“We had to put the closed sign up because they were all trying to get in the door,” she said.

The designer said she and her team have put a lot of work into adjusting the fit of the brand’s clothes to appeal to Japanese women’s smaller frames and it has paid off.

“We’ve seen a huge reaction to the ready-to-wear once we got the fit right for our customer here,” she said, adding that Kate Spade is keen to take on board local tastes when it comes to developing products. The company makes smaller bags and more delicate jewelry pieces to cater to Japanese customers, for example.

Lloyd, who drew inspiration for her fall collection from her past trips to Japan and China, said she is always curious to see how Japanese women wear the brand, particularly their bold choices when it comes to color.

“Seeing how they put it together in their own personal way is very exciting,” she said. “They’ve got amazing personalities.”