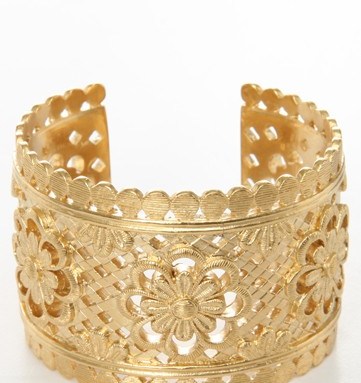 The dust has settled at Kate Spade.

Two years after its $124 million acquisition by Liz Claiborne, the company is out to reclaim its role as a premier accessories brand.

At the helm of the new Kate Spade team are co-presidents Deborah Lloyd and Craig Leavitt, whose plans include updating handbag designs, expanding the firm’s retail and wholesale presence, and launching new product categories and in-store concepts. The brand is looking to double its current sales of $130 million over the next three years.

Despite Lloyd’s and Leavitt’s experience in growing fashion businesses — she helped grow the Burberry London collection under Rose Marie Bravo and inject more fashion into Banana Republic; he helped double Theory’s retail business — some remain skeptical as to whether Claiborne can grow a trend-focused brand like Spade given today’s troubled economy and crowded accessories playing field. Contemporary lines like Rebecca Minkoff and Botkier are appealing to fashion-driven consumers, while J.Crew and Tory Burch are fortifying their accessories focus with a solid infrastructure already intact.

It’s no secret the $4 billion Liz Claiborne has seen its share of trouble recently. The company’s stock fell 86.9 percent last year as it restructured and the banking crisis weighed on markets. Insiders contend Spade can flourish only if run as an independent entity, much the way Claiborne operates its superstar brand, Juicy Couture. Claiborne chief executive officer William L. McComb intends to do just that.

“As parent guardians of the business, we have an important stake in working with Deborah and Craig to shape financial targets and the strategy of the business, but they run the business,” McComb said. “They make all of the decisions of execution and operation, and work within the framework we establish. If you go to their office on 25th Street, it’s about Kate Spade. It’s not about Liz.”

While the Spades stayed on until 2007, the brand couldn’t maintain the momentum from its early years and was struggling, with revenues at the time of about $90 million.

Lloyd said her first priority was to build a strong team comprised of past employees and new staff that could reinvigorate the brand and help resurface the “wit and whimsy” it lost.

“The brand had been neglected a little bit, so I wanted to get in and understand its DNA and build on that,” said Lloyd, who also serves as creative director. “I wanted to bring a freshness and modernity to it. It was looking a little tired and needed thoughts on how to move along.”

Leavitt, who is also chief operating officer, said his first move was to build a better business infrastructure — one he thought the company lacked.

“The first thing I did was create a strategic plan and a road map because with the vision and creative expertise Deborah brought on board, and in her ability to create a lifestyle brand, that meant conflicting priorities,” he said. “So for a team to manage those priorities and deliver great results, we had to put together a plan of action to make sure what we delivered to the marketplace was outstanding.

“There needed to be some kind of order within; things needed to be on time,” Lloyd added. “A business piece needed to come in along with the creative to make sure great pieces designed were actually delivered and seen in stores and windows. It was a question of ‘What did our business need? How can we increase our core competency in handbags to be better and more relevant in the market? How do we add what’s in the air in fashion but do it in a ‘Kate’ way?’”

Lloyd is refreshing Spade’s current lifestyle assortment, which includes shoes produced in partnership with Schwartz and Benjamin, paper by Crane, tabletop by Lenox, eyewear by Safilo and baby gear by Maclaren. Fashion jewelry was an addition at holiday market, produced in-house, and legwear and fragrance partnerships are planned for late 2009. But perhaps Spade’s biggest venture is an apparel collection, launching this spring in stores and for fall at wholesale.

“We are not taking our stores over with apparel, but are cherry-picking the line and learning how to get people to know about it,” Lloyd said. “We want to curate the collections.”

Suzanne Hader, principal at luxury consulting group 400twin in New York, emphasized accessories firms that have plunged into ready-to-wear in the past — namely Coach and Kenneth Cole — have had to scale back their offerings and reenter the market slowly.

“Obviously, the brand is fashion forward, but it’s tricky. There is so much competition in that space,” Hader said. “The only way to succeed is instead of trying to produce an entire wardrobe collection. Focus on special pieces, something very limited. The brand is in danger of competition from J. Crew, Lily Pulitzer, Tory [Burch] — they’re all up there doing that quirky, preppy thing.”

Spade is also expanding its wholesale and retail presence here and abroad. It currently operates 46 signature stores in the U.S. and expects to grow to 75 in the next three years. The firm has five retail doors in Japan and maintains a strong presence there after signing on with a wholesale distributor. The company also inked distribution agreements in South Korea, Mainland China and Hong Kong, where Leavitt expects to see the most significant growth. Additional markets include Eastern Europe, the U.K. and the Mideast. International business is expected to garner 30 percent of the brand’s volume over the next three years.

“I understand from all merchants I’ve spoken with that [Lloyd] has done a great job of infusing the Kate Spade DNA, addressing today’s customers’ needs at really terrific price points,” said a U.S.-based retailer associated with the brand, who requested anonymity. “They seem quite happy with direction.”

Spade is focused on appealing to retailers with its attractive price points. Handbags range from $295 to $395 — a retail “sweet spot,” according to Leavitt.

Other initiatives include a new retail concept popping up in the latter half of this year, produced in partnership with Kramer Design Group. The redesign embraces the brand’s heritage of color and whimsy, while better representing its lifestyle offerings. Spade launched a new advertising campaign for spring shot in downtown Los Angeles by Serge LeBlanc. The images spotlight a colorful, well-tailored young woman waiting for the bus or walking her dog in head-to-toe Kate Spade. There’s also a new Web site, updated to better reflect the brand’s personality. Ten percent of Kate Spade’s business is done on its e-commerce site.

But analysts remain uncertain as to how Kate Spade will perform under a conglomerate like Liz Claiborne.

“As a company, it is not set up to give people in charge the type of freedom and inspiration needed to take a brand where it should go,” Hader said. “The brand struggled under Neiman Marcus, and there are growing pains in knowing how to act being under a different entity, to ask permission and be beholden to someone else’s budget. Liz [Claiborne] does not have a gold track record for being able to accommodate its brands creatively.”

Some believe Claiborne can be of service to Kate Spade, so long as Spade’s vision remains clear.

“It’s brands like Lucky, like Juicy [Couture] that have run on their own because their managers are running the brand,” said a retail analyst who spoke on condition of anonymity. “I’m not sure Liz is running them. They’re running Liz. These individual partnerships or joint ventures are performing much better than the parent companies themselves.”

Andrew Jassin, managing director at Jassin-O’Rourke Group, said Kate Spade is well-positioned to meet its goals, so long as the product is compelling, especially in today’s economy.

“The retail world is upside down for the moment, whether it’s luxury, bridge or contemporary,” Jassin said. “It’s about having great value, but with purpose and great design. It has to be wonderful to make the customer react and not say, ‘I’ll wait until it’s on sale.’”