The designer's evolution from interior designer to doyenne of all things design has reached another milestone with the opening of a store on Melrose Avenue.

By Rachel Brown and Rachel Strugatz on November 21, 2011
View Slideshow 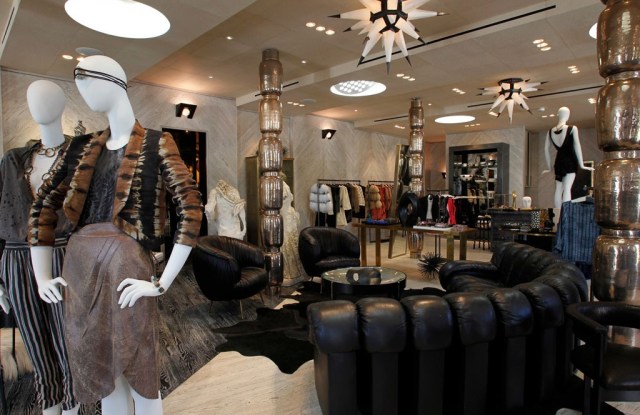 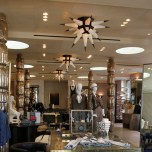 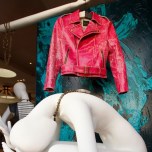 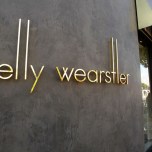 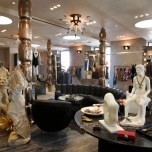 Kelly Wearstler’s evolution from interior designer to doyenne of all things design, from fabrics to fur coats, has reached another milestone today with the opening of a store on Melrose Avenue in Los Angeles.

After searching the city since the beginning of the year for the ideal spot for her first store, Wearstler settled on a 2,800-square-foot space around the corner from her La Cienega Boulevard offices because of its proximity to a strong collection of contemporary labels such as Theory, Helmut Lang and APC. Not surprisingly, for someone who spent the better part of her career working on houses and hotels, Wearstler also gravitated toward the location’s architecture with its sense of volume and generous natural light.

“As soon as I walked into this location, the energy just felt perfect,” she said. “It is going to be my lab and total playground. Literally, I can walk there from my offices, which is unheard of in L.A., but I still drive.” Added Wearstler, “The focus and vision for the store is that it is going to be a ready-to-wear boutique first and foremost. If I wanted to open a store that was just home, I would have already done it, but this is my dream.”

Once the location was chosen, Wearstler went to work on a major renovation that cost roughly $1 million to turn it into a showcase for the vast array of merchandise in her growing portfolio. With the exception of a couch from her personal collection in a seating area at the store’s center, everything in the location, including sculptures both vintage and new, is for sale. There are home accessories from $65 to $5,500, and rtw and fashion accessories from $125 to $2,500.

The store’s design was inspired at least partly by Wearstler’s signature bauble boxes, which are sold for $395 to around $4,000. On the roof, there is a large brass ball that’s akin to a handle on the bauble box, and the store’s doorknob is decorated with onyx, rock crystal and pyrite, similar to how the bauble boxes are bejeweled. The exterior is steel gray with gold awnings perforated with circles, a touch used as well in the interior of the store on grills covering numerous skylights.

Inside, Wearstler emphasized the finishes are contrastingly raw and refined. Ceramic columns are coated in gold copper glaze, and light fixtures out of selenite spikes come down from the ceiling. There are mirrors placed throughout the store. Unlike many contemporary boutiques in which the goods are sparse, merchandise is ample on tables, shelves and racks, where most of the fall and resort rtw pieces are hung. There are pieces in the store not found elsewhere yet, notably cracked leather motorcycle jackets, T-shirts with foil prints, and men’s pocket scarves.

“I like things that are not so perfect and feel hand done, but also are glamorous and sophisticated and rich. As a designer, I feel more is more,” said Wearstler.

At Bergdorf Goodman, where Wearstler launched her rtw in August, she designed a fifth-floor shop with blue as the prominent color. For her Melrose Avenue store, though, she opted for a palette primarily of ivory and black, and reserved the color for the clothes and for bright paintings that sit behind white mannequins, which were crafted exclusively for Wearstler, in the store windows. “I am always inspired by color, and I’m in love with one color one day and not the next. I could not commit to a color that would be the face of the brand forever,” she said.

In the first year, the store is expected to generate sales ranging from $1.5 million to $2 million. Next up for Wearstler on the retail front is probably going to be a store in New York, although she wasn’t anxious to rev up the expansion machine. “Of course, I want to do other stores and want to grow the brand,” she said. “Maintaining the quality and the vision is the most important, and if it’s 10 stores or 100 stores, I just want it to always be quality.”

Wearstler is also sharpening her focus in the digital realm.

In addition to a blog she pens for StyleList and the Huffington Post, a revamped Facebook page and a branded Web site at kellywearstler.com, where the full range of her apparel, accessories and home goods are available, she launched Facebook Commerce, or F-commerce, last week.

“Facebook is such a part of our everyday world and culture and as the social media space grows, retail grows with it. Shopping on Facebook is becoming second nature,” Wearstler said. “Given the online presence of the brand, this was a natural step and to do it in a way that feels like true e-commerce is wonderful, especially with all of the back-end viral technology that is powered with this particular store.”

Additionally, Wearstler is hosting a private sale for her over 22,000 Facebook “likes” the day before it goes public on the e-commerce leg of kellywearstler.com. Fans will get first dibs on the site-wide sale before it starts on Black Friday.