As the brand becomes more aggressive about global expansion, the designer himself is engaging in more local terms across the world. 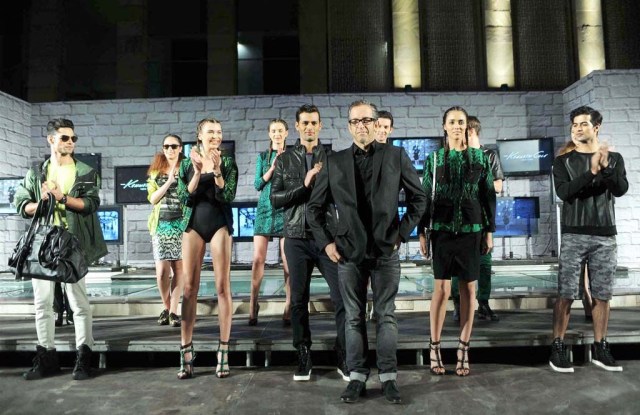 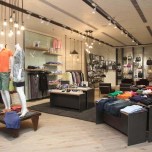 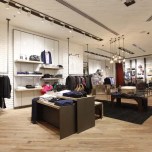 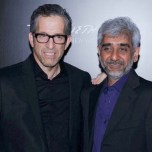 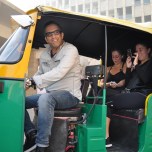 NEW DELHI — As the Kenneth Cole brand becomes more aggressive about global expansion, the designer himself is engaging in more local terms across the world.

In New Delhi to mark his retail collaboration with Reliance Brands and the recent opening of the seventh store for the brand in India, Cole talked about the increasingly global component of his business and the fast growing niche of Asian markets. On Thursday night, his first fashion show in India at the Lodi hotel drew the city’s elite. It had the same spirit of his show during New York Fashion Week in September, with models taking selfies and a digitally inspired background of large television screens — “although the selection of outfits is more geared for the Indian market,” he said.

“I do believe that global business is a big part of the future of our industry. There is an awareness of the global reality and that there is a demand and a market, but the product has to be respectful of individual markets and individual cultures,” he observed.

The brand is growing fast in Asia. A Kenneth Cole flagship will open in Bangkok on Wednesday in a redesigned format. “We already have a mature business in Thailand but the key is to make sure that the business continues to move forward,” he said.

Cole is entering additional markets in Asia soon, including Malaysia and Vietnam, which will have stores within the next six months. “We are also re-introducing ourselves in China shortly,” he said. “We’re changing partners and thought that we would just close it down and start from scratch.” This, too, will happen over the next six months.

India is driving perspectives at the moment.

“We’ve been doing business with India for all these years — we were sourcing from here already — now we’re a part of this fast growing, great, dynamic and sophisticated market in more ways,” Cole said, surveying the store in Ambience Mall in Vasant Kunj here.

“I think the merchandising is unique in each market but the design isn’t that different except perhaps the sizes. The way you put the collection together might change a bit but the message is consistent,” he said, explaining that when a product appeared on a runway anywhere in the world it was now being watched in real time. Social media has had a particularly transformative effect in making brands more global. “This is all very new, it wasn’t here three to five years ago and that’s also what makes the world that much smaller, that much quicker, and that much more connected,” he said.

International markets still account for only 12 to 15 percent of Cole’s sales, although he said the goal is to grow that to more than 30 percent within the next few years.

In India, there are plans for accelerated retail growth. Darshan Mehta, managing director and chief operating officer of Reliance Brands, said two more stores — in Hyderabad and Pune — are expected to join the ones now in New Delhi, Mumbai, Chandigarh, Bangalore and Chennai. “This is in addition to the department store concept, which we will also grow, as well as e-commerce that will be launched in the next three months,” he said.

Will Cole’s outspoken and occasionally political tag lines work in the Indian market? Mehta believes that most of them work in a global context and would not be adapted for the local market. Cole agreed, pointing out that the goal was to “continue to have a provocative point of view and to engage people — not just what they stand in, but what they stand for; not just what’s on their body, but for what’s on their mind.

“But at the same time, the idea is to do it appropriately with respect to different cultures and geographies. It could be interpreted for each market further down as we go on,” he said.

Cole was in India for another important reason — the launch of the amfAR India chapter. “AmfAR has a lot of history here in India so it’s great to be here personally to tell the story here. India has been stricken by and felt the impact of AIDS as much as anywhere and has dealt with it in some impressive ways,” he said. “The reason why amfAR has made such significant progress is because we have a consortium and a platform where we give the researchers significant grants but they have to share their data, which helps research speed along. It’s been great that we’ve been able to help in some way.”